The Prince and Princess of Wales announced their engagement back in 2010, with photos showing the couple posing in Buckingham Palace – and 11 years on, their three children have the most hilarious reaction to them!

Princess Kate was chatting to royal fans in Wales this week when one member of the public held up a special flag that caught her eye. Alongside the Union Jack was a picture of the newly-engaged William and Kate, which she said brought back funny memories of her three young kids Prince George, Princess Charlotte and Prince Louis‘ comments.

WATCH: Which royal bride has the most expensive engagement ring?

“Oh my goodness that’s from our engagement! We always laugh about this. Although we’ve been married for 11 years, we’ve been together for double that so it’s extraordinary. And the children look back at the photos and say, ‘Mummy you look so young!'” she said during a TikTok video shared on Twitter.

“It’s nice coming back to Wales because it was where we lived before we had our family and everything, so it’s been a really special day,” the royal added, referring to their four-bedroom country house in Anglesey.

Princess Kate discussed her children’s comments about their parents’ engagement

William proposed to Kate during a trip to Kenya with friends in 2010, and the pair officially announced their engagement that November with Kate opting for an Issa navy blue wrap dress that matched her sapphire and diamond engagement ring, which previously belonged to William’s mother, Princess Diana.

The couple announced their engagement in 2010

Before and after their wedding at Westminster Abbey on 29 April 2011, the Prince was stationed in Anglesey to train for the Royal Air Force. The royal couple rented the farmhouse on the Bodorgan Estate for approximately £750 per month from Lord and Lady Meyrick from 2011 to 2013, and it is considered to be their eldest son Prince George’s first home.# 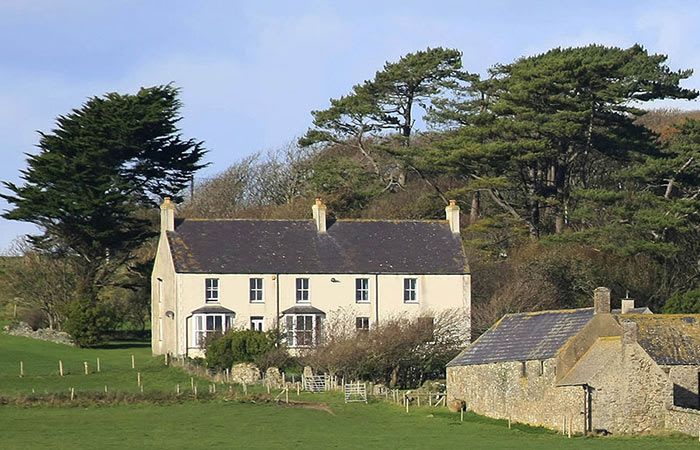 William previously said the area holds a special place in their heart. “This island has been our first home together, and it will always be an immensely special place for us both. Catherine and I look forward to returning again and again over the coming years with our family.

“I know that I speak for Catherine when I say that I have never in my life known somewhere as beautiful and as welcoming as Anglesey.”