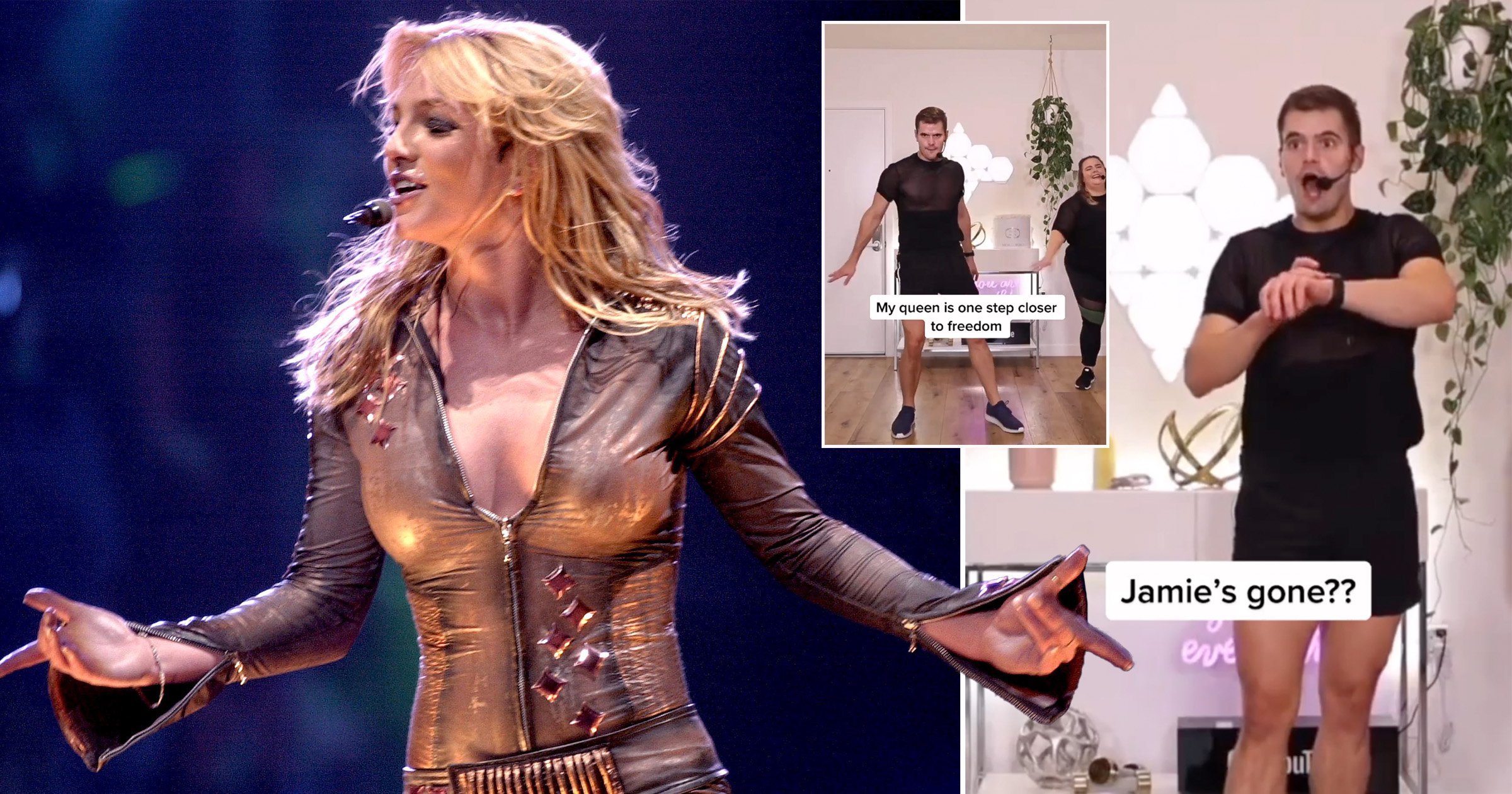 If you’d like to see a joyous and thoroughly entertaining reaction to Wednesday’s news that Jamie Spears had been suspended as his daughter Britney Spears’ conservator, step right this way.

Social media fitness instructor and – we assume – big Britney Spears fan Caleb Marshall was mid livestream when he found out the news.

Sharing the clip to his Instagram, complete with his on-topic instructor adlibs, the video has proceeded to go viral.

At the beginning, he enquires over the status of the singer’s conservatorship, asking: ‘Is there a quick update, or am I going to get mad?’

Exclaiming ‘Jamie’s gone?!’ when he first hears the news, Caleb then proceeds to jump in the air with glee, shouting: ‘Woah! Oh, this is a good day, we’re gonna sweat, Booties. Free Britney!’

Beginning the steps to his routine, Caleb then responds to the opening lyrics of Charli XCX’s Good Ones, asking for a reason, proclaiming: ‘You just gave me a reason. My queen is one step closer to freedom!’

As things ratchet up a notch, the instructor can be heard staying on topic with his motivational words as he declares: ‘We are gonna slay this so hard, in the name of Britney Jean Spears.’

The dance class then continues with more of Caleb’s instructive gems, including ‘Elbow him – in the name of the law’ and ‘Elbow for freedom’.

As well as attracting tens of thousands of likes and comments, Britney’s fiancé Sam Asghari even dropped in to share his admiration, commenting: ‘That’s the type of energy im talking about 🔥 [sic]’

Sam and Britney are currently enjoying a celebratory trip away to ‘paradise’ – believed to be Hawaii – as they marked the milestone step towards getting the 39-year-old singer’s conservatorship removed.

Judge Brenda Penny ruled on Wednesday that Jamie remaining in charge of Britney’s estate was ‘untenable’ and agreed with Britney’s lawyer Mathew S Rosengart it was in her ‘best interests’ that he be removed.

The singer has been under the rule since 2008 after having a public breakdown, and a hearing has been set for November to discuss whether it will finally be terminated.

She is currently under the care of John Zabel, a certified public accountant, who has been appointed temporary conservator of the singer’s $60 million (£45 million) estate until December 31.