The clip starts off with Ralf’s dog hugging him tightly at the edge of a swimming pool due to being terrified by the water. He gives his beloved pet lots of love and attention to try and make the pooch, named Dora, more at ease.

Initially, not much progress is made as Dora clings to the Death In Paradise star for dear life because of her fears.

The video then shows Ralf taking Dora to the beach later that day, where she continues to be apprehensive of the water, though is increasingly curious as she stands at the edge of the waves.

Dora then makes friends with some other dogs, which appears to boost her energy and confidence as she plays with them on the sand.

The final part of the video then shows Dora overcoming her fears, as she plays in the ocean with other dogs and appears to be loving every second of it. 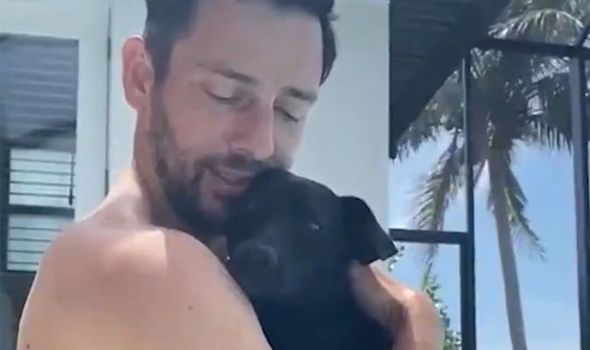 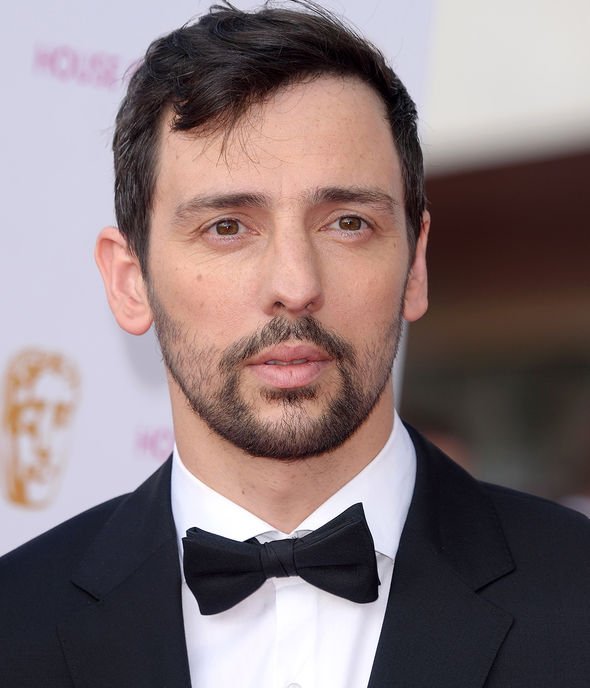 Ralf was incredibly proud of his pooch, telling the camera: “Well, it’s taken all day and she didn’t like the swimming pool, but apparently Dora’s now a water dog!”

The video has been viewed thousands of times since being shared across Ralf’s social platforms yesterday, with users sharing their thoughts on the heart-warming content.

One wrote: “That’s so beautiful to watch, you have done an amazing job with her, well done!”

Another said: “Dora has conquered her fear! This is amazing, I remember watching the video of

@RalfLittle picking her up at airport and she was so nervous in her little flight carrier, she has come on leaps and bounds since then, so proud of her!! :)” 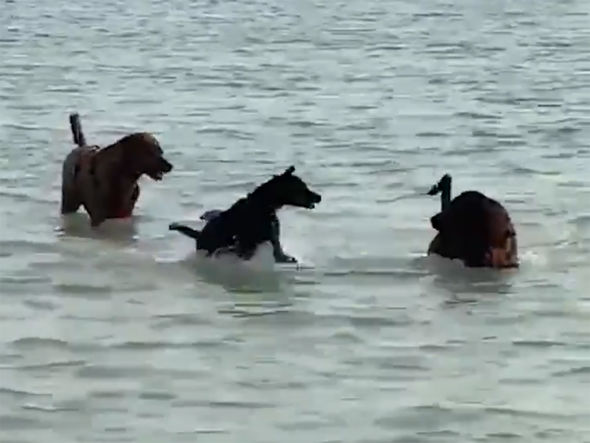 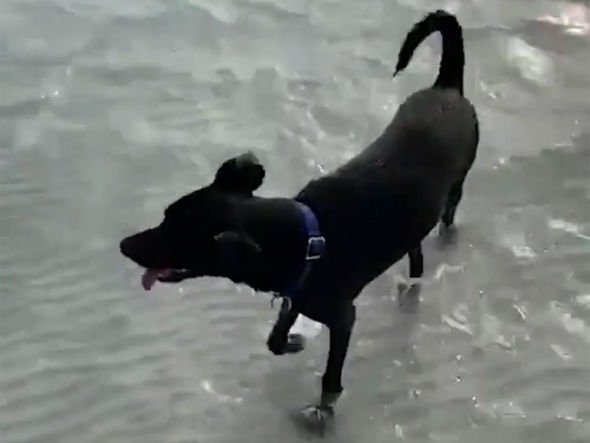 A third person commented: “This made my day after all the crap going on. Well done @RalfLittle that dog will re pay your kindness a million times over.”

The actor first introduced Dora to his followers on Valentine’s Day this year after rescuing her when he was filming in Guadeloupe.

He then flew her back to America and confirmed on social media that she is now an American citizen.