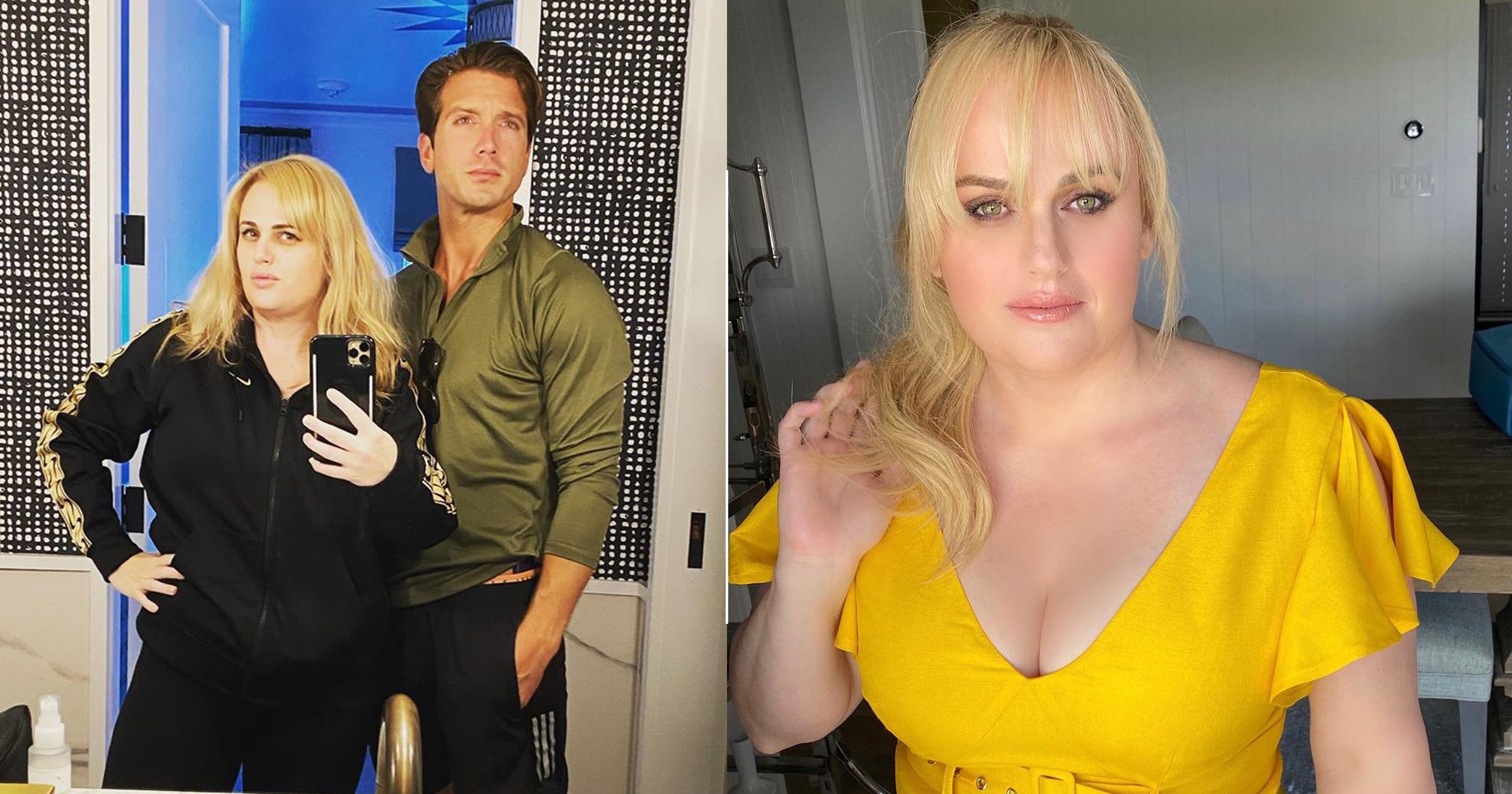 Rebel Wilson appears to have confirmed her split from boyfriend Jacob Busch after around a year of dating.

The Pitch Perfect actress posted an Instagram photo of herself outside a trailer and describing her dating status as ‘single’ in the caption.

‘Lots on my mind…aghhhhhh…#single-girl-heading-to-Super-Bowl!’ Rebel wrote. The snap sees the Australian actress wearing a yellow cardigan with a denim dress highlighting her recent weight loss.

The pair are believed to have met through mutual friends in 2019 and began dating at the beginning of last year before the pandemic struck. They made their red carpet debut at Prince Albert‘s Planetary Health Gala in Monaco in September.

Rebel, 40, and the 29-year-old businessman were last pictured together over Christmas when they jetted off to Aspen for a romantic getaway with friends. They seemed loved-up as Rebel shared a photo of them kissing in the snow.

During their relationship, Rebel denied that Jacob was only interested in dating her after her weight loss.

Speaking to E! Online, the actress said: ‘Some people on social media say, “Oh, well you lost weight, and then you got a hot boyfriend”.

‘But, what I do want to say to those people is that I actually dated Jacob when I was at my heaviest as well. So, it’s not like I suddenly lost weight, and then you’re like, oh, you get a hot boyfriend—that’s not how it works.

Rebel continued: ‘I just want to clear that out. There’s something really comforting in that to me because you’re like, oh, it wasn’t necessarily of what my body type was. He really likes me for me.’

Sharing an insight into their romance, she added: ‘Our plans are just to keep going and everything is so fun and nice.

‘We will see! We’re talking about a few getaways, but I don’t know exactly. He is such a sweetheart and I adore him. We will see what happens.’