Ric Flair has just been discharged from the hospital after 7 days of treatment — and he was wheeled out with a smile on his face!!!

Ric — wearing a Ric Flair t-shirt (gotta love this guy!) — was flanked by his wife Wendy Barlow (in the WWE hat) as the 70-year-old wrestling legend was taken to his car to go home. 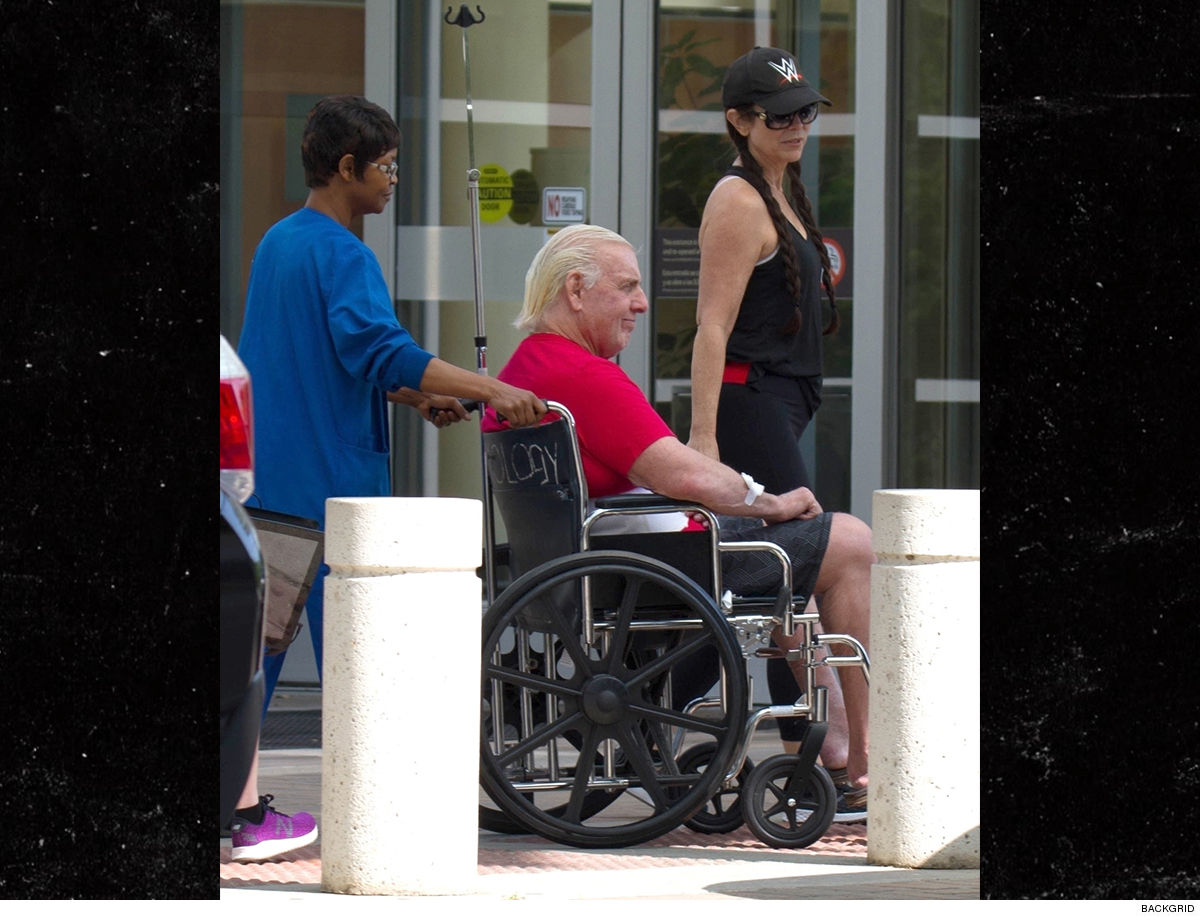 As we previously reported, Flair was rushed to the hospital last week after experiencing a medical emergency. Doctors initially postponed a surgical procedure due to complications but ultimately went forward with the operation on Monday.

We were told the procedure was a success — and the fact Flair was discharged from the hospital just 48 hours later is probably a good sign!!!

But, we’re told he’s been handling everything with a great attitude and has even been chatting up his famous friends who have called to check in over the past few days.

Now, Ric will focus on his recovery at home … and he clearly knows his fans (including The Miz) are rooting hard for him!!!