A film about Princess Diana’s life will soon make its way to the cinema. “Spencer” made its debut at the Venice film festival and is slated for official release on November 5, according to Variety. The movie, which features Kristen Stewart as the Princess of Wales, has been highly anticipated since it was first announced. “‘Spencer’ is a dive inside an emotional imagining of who Diana was at a pivotal turning point in her life. It is a physical assertion of the sum of her parts, which starts with her given name; Spencer. It is a harrowing effort for her to return to herself, as Diana strives to hold onto what the name Spencer means to her,” Stewart said in a press release for the film, according to Harper’s Bazaar.

Diana was killed in a car crash back in 1997, survived by her two young sons, Prince William and Prince Harry, who were 15 and 12 years old, respectively. Over the years, the brothers have done their best to keep their mother’s memory alive, and have often spoke about how she would feel about big moments in their lives. For example, Harry revealed that his mom and Meghan Markle would be “thick as thieves” during an interview following his engagement, according to ABC News.

And while people continue to take their best guesses about how Diana would feel about certain things, the same holds true for how she would feel about “Spencer.” Keep reading to find out more.

Princess Diana would be 'grateful' that people are remembering her, royal expert says 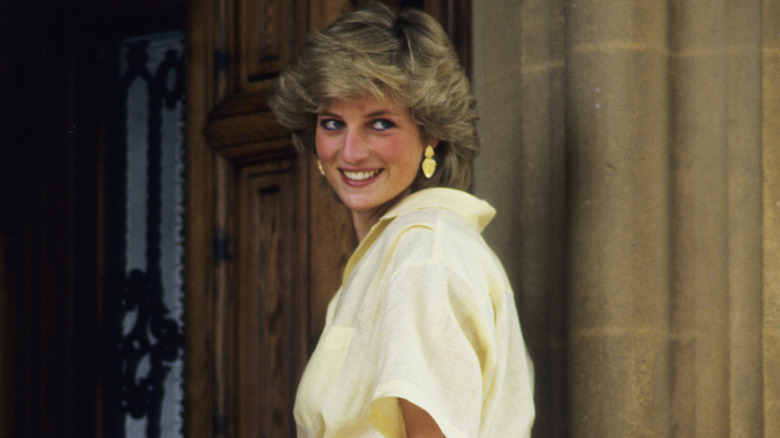 It’s safe to assume that Princess Diana would be supportive of her sons and their spouses — and that she would be so in love with her five grandchildren. But how might the Princess of Wales feel about this new film about her life? Royal expert Jonathan Sacerdoti spoke to Us Weekly about it. “I think that Diana would probably be grateful that she’s still in everyone’s minds. She said famously that she wanted to be queen of people’s hearts when she made that decision to leave Prince Charles,” Sacerdoti told the outlet. “I think that she would probably be pleased that her memory is still alive for so many people and that it’s done in a sensitive and sympathetic way,” he added.

Diana’s life was filled with ups and downs, though most people tend to focus on the major events, which were the tragedies. This is something that will be a focus in “Spencer,” and Sacerdoti feels it’s a “shame.” “I can’t say how she would feel about it, but I think it’s a shame that we’re remembering her so much for tragedy and sadness. Not only because it’s a bit self-indulgent, really, that we’re just wallowing in this sadness … but I think that because really Diana’s own attempts were to be quite a force for good and positivity. I think it would be a shame just to remember tragedy,” he told Us Weekly.