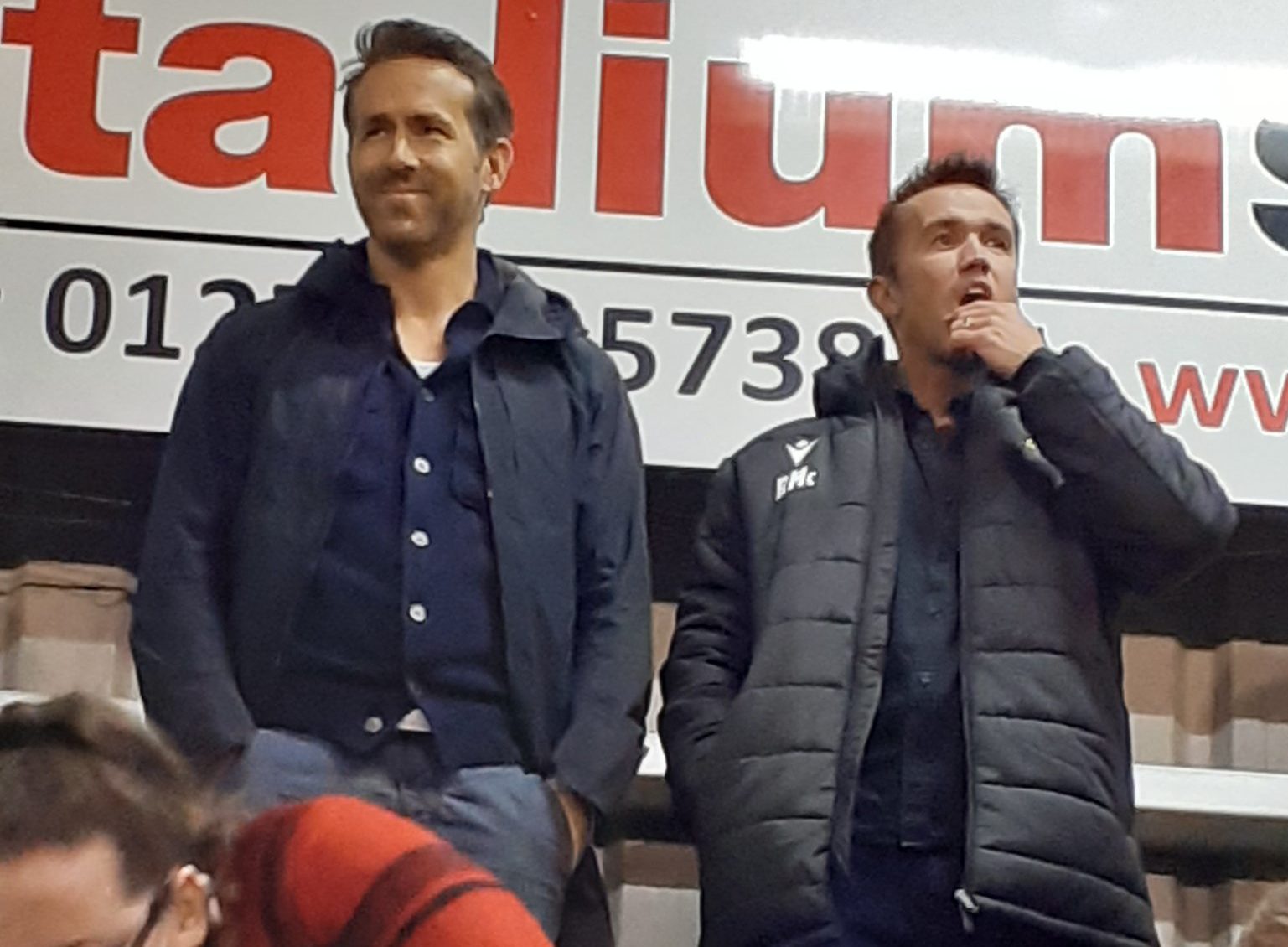 Ryan Reynolds and Rob McElhenney were met with wild applause as they attended their first Wrexham AFC game since buying the club.

The Deadpool actor and It’s Always Sunny In Philadelphia star swapped Hollywood for a cold night in Berkshire for the Welsh team’s away game against Maidenhead United on Tuesday.

In videos shared on social media, supporters were living for the impromptu sighting of their new bosses, cheering and chanting as they made their way into their seats.

Wrexham fan Andy Gilpin admitted he was ‘gobsmacked’ by their appearance, and explained that they had ‘given supporters a boost’ by turning up.

‘Obviously that gave everyone a big boost – they’re there, you can see them, they were waving to the fans,’ he told PA. ‘There’s media hype and then there’s showing up at Maidenhead away which isn’t the sort of Hollywood entrance really, it’s a very low-key ground, and to see two Hollywood stars there in the middle of the home stand, we were just gobsmacked.

‘It’s quite a statement to come here to Maidenhead away and fair play to them for doing that.

‘For them to come here – it shows that they mean business.

‘I went down and took a very blurry photo of two people waving to someone and to be honest it gave us all a great boost, it was really great to see them.’

Unfortunately for the pair, and for all Wrexham fans, it wasn’t a winning night for the club, who lost 3-2 after going down to 10 men.

Despite the loss, it seems Ryan is fully embracing his new-found love of football, describing it as a ‘soul-deadening, evil and gorgeous game’ after the match.

He shared a glimpse into the game on Instagram, posting snaps from the stands.

‘Football is a beautiful, heartbreaking, soul-deadening, evil and gorgeous game and I’m never sleeping again,’ he captioned the upload.

As spot on as ever, Ryan…

Rob made light of the loss on his Twitter page, adding: ‘We didn’t want our first win to be away anyway. Congrats to @MUFCYorkRoad on a tough game. See you at Y Cae Ras @Wrexham_AFC.’

Ryan and Rob made headlines after taking 100% ownership of the team in February this year.

They promised to inject around £2million into the club’s infrastructure and will also produce a documentary on its history and revamp.