Ryan Reynolds is one of Hollywood’s most popular actors, though many people might not realize that he is not from the United States. In fact, Reynolds was born in Canada and started out by appearing in several Canadian shows and movies.

These days, he spends a lot of time in the U.S., but the actor recently revealed that he perhaps would like for his kids to grow up in his home country. Find out why below.

How many children does Ryan Reynolds have? 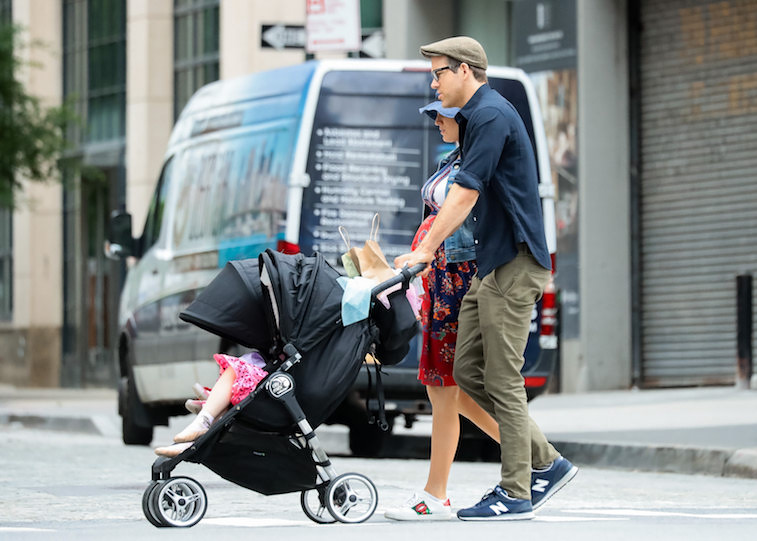 Ryan Reynolds is currently married to actress Blake Lively. The two of them met in 2010 on the set of the film Green Lantern and soon began dating. They tied the knot in 2012.

The couple is notoriously private and they did not reveal James and Inez’s identities until late 2016 — just a few months after Inez was born and two years after James was born.

As such, it is not surprising that they are keeping their new child’s name under wrap for now.

Why does Ryan Reynolds want his children to grow up in Canada?

Reynolds recently took to social media to share a cute picture of him, Lively, and their newborn child in a forest. He captioned the photo: “I love B.C. I want my daughters to experience the same natural playground I grew up in.”

Reynolds also used the opportunity to tell Canadians to vote, writing: “On Oct. 21, the candidate you vote for will SHAPE CLIMATE POLICY. I’m proud of the climate progress made the last 4 years. Click http://Elections.ca for voting info. #Capilano.”

This is not the first time that Reynolds shares his love for his home country. He grew up in Vancouver, British Columbia, and is very proud of where he came from. He once told Elle that his “most Canadian attribute” is being polite.

“You may be able to dig up a lot of sources who will deny this, but I’m polite,” Reynolds said. “Generally, I care for other people. I always say ‘excuse me,’ ‘thank you,’ and ‘I’m sorry.’”

Where does Ryan Reynolds currently live?

Although Reynolds seems like he would like for his children to spend more time in Canada, he and Lively are still in the U.S.

The couple lives in a $2.35 million house in New York that is just an hour away from Manhattan. The home is a charming country estate that boasts 1.8 acres of land and Martha Stewart as a neighbor.

How does Ryan Reynolds and Blake Lively make their marriage work?

Although they came from two different countries, Reynolds and Lively seem to be on the same page in terms of where they live and work in order to make their marriage last as long as possible.

One big thing that Reynolds has revealed is that he and Lively try to stay together as a family by not working at the same time. They are both extremely popular actors, but fans will often never see them film movies on opposite ends of the world simultaneously.

“If she is doing a movie in Thailand and I am doing a movie in Vancouver we would just never see each other,” Reynolds explained. “We operate as a unit, and that works really well for us. The kids stay with us, and the family stays together, and that is where home is. So if we are in Spain or Utah or New York, as long as we are together, we’re home.”