A long trip ahead. A new video shows Teresa Giudice and her girls gearing up to visit Joe Giudice in Italy following his October 11 deportation.

In the clip obtained by Bravo’s The Daily Dish on Thursday, November 7, the Real Housewives of New Jersey mom explains to her four daughters — Gia, 18, Gabriella, 15, Milania, 13, and Audriana, 10 — what their travel itinerary to Italy will be.

“So we’re flying to Milan, then from Milan, we’re taking a connecting flight to Naples,” Teresa, 47, says to the girls. “And then when we get to Naples, we’re gonna drive … Then, we’re gonna go see your daddy!”

Milania then chimes in to note how the trip seems “so long,” and adds that she does not “like long plane rides.”

“In the summertime, they have a direct flight [to where Joe is staying]. … We’ve gotta take two planes,” Teresa says, before re-explaining the group’s plan of action. 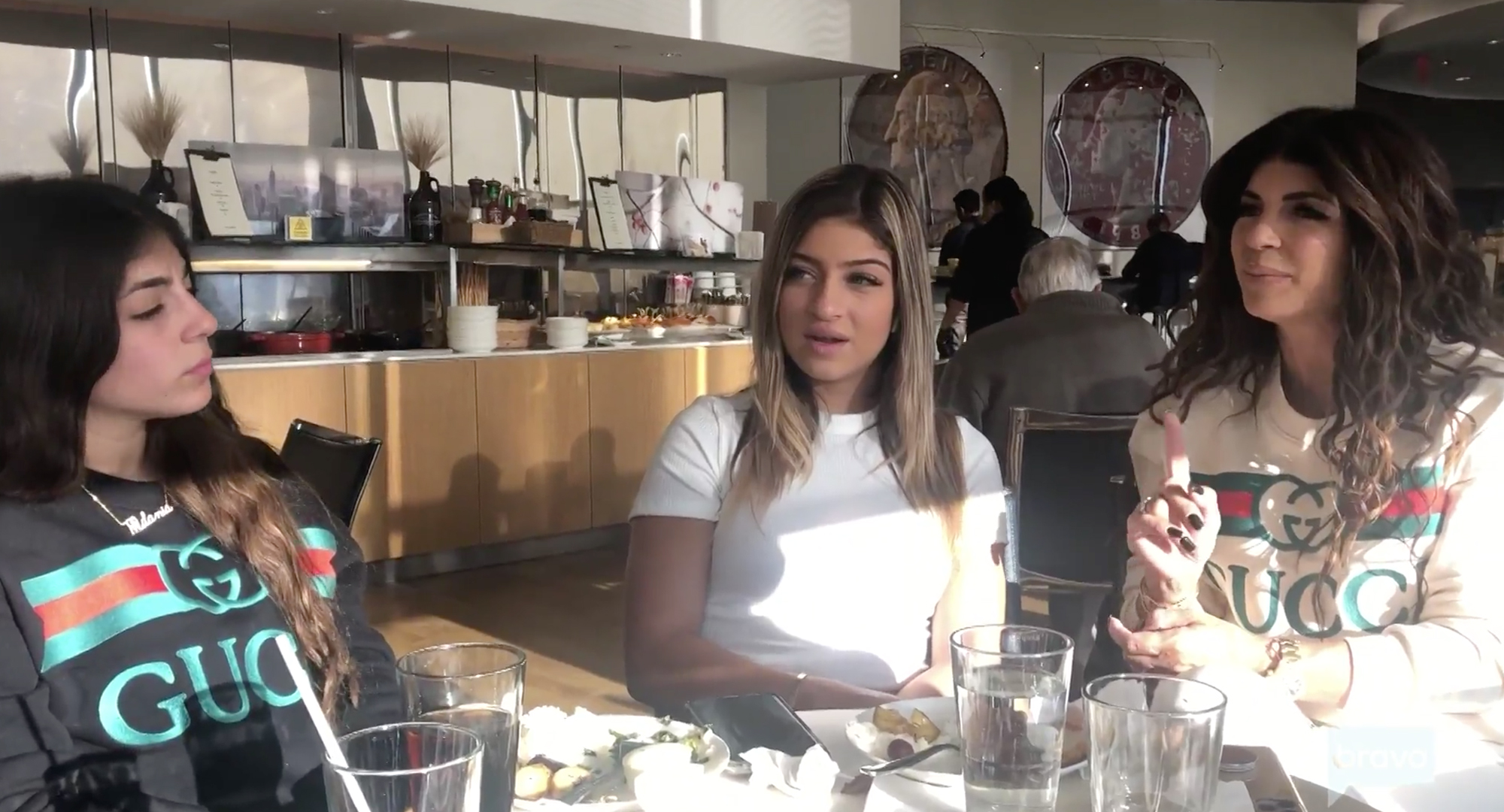 Audriana, Teresa’s youngest, asks if they would “have to go through security,” in which the Bravo stars answers “no.” Milania then points out that their final destination from Naples is “two hours” away and asks if they will “have to drive for two hours.” The Standing Strong author doesn’t sugarcoat her answer, as she responds: “Yeah, it’s long.”

Audriana then causes her family to erupt with laughter when she realizes that they are “not even touching the ground for 10 hours.”

The family documented their venture to Italy across their social media pages. In Gia’s Instagram Story, the eldest Giudice child shared a snapshot of herself during a “pit stop” the family made while waiting for their connecting flight. She also shared a photo overlooking Napoli, Italy.

Teresa, for her part, posted a pic to her Instagram Story of Milania slumped over, sleeping during the two-hour car ride to Joe’s. She additionally shared a tasty-looking photo of gelato.

Later on, Gia uploaded a selfie of the family’s reunion with Joe. “We’re back❤️,” she captioned the post. The picture attracted warm comments from many, including Andy Cohen. The 51-year-old Bravo vet, who led an explosive tell-all interview with Teresa and Joe last month, wrote that it was “great to see” the group back together.

Joe served at a 41-month prison sentence for fraud at New Jersey’s Federal Correctional Institution until March, and he was immediately placed into Immigration and Customs Enforcement custody. A judge ordered for his deportation to Italy, which he filed to appeal. He then requested to be transported back to his native Italy until a verdict was reached on his appeal inquiry.

During January’s RHONJ season 9 reunion taping, Teresa admitted that she and Joe would “go our separate ways” if he were deported. The couple also addressed the possibility of divorcing in October’s tell-all with Cohen.

Teresa, meanwhile, admitted she was nervous about reuniting with her husband. “I’m going to be honest with you, I haven’t seen him in three years and eight months,” she told Cohen. “I do love him as a person. I don’t know how I’m going to feel when I see him.”’