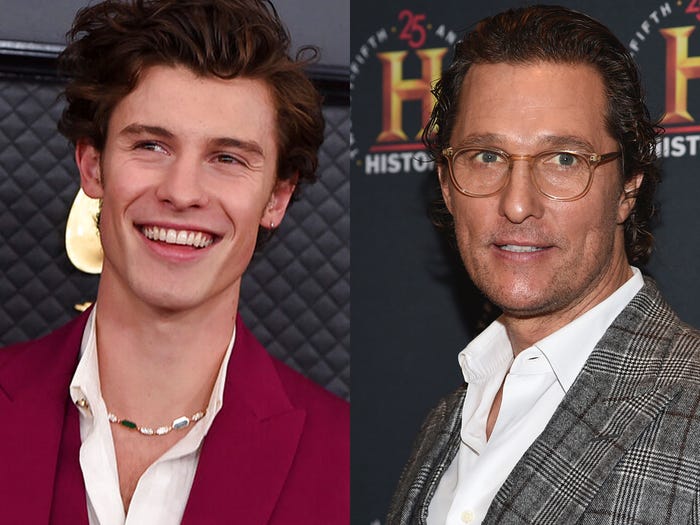 Shawn Mendes and Matthew McConaughey explained the origin of their unexpected friendship, and it all began in the DMs.

"I'm pretty sure I forced this relationship on you," Mendes joked to McConaughey during their virtual interview on Monday night's episode of CBS' "The Late Late Show With James Corden."

"I messaged him a few times on Instagram, I asked for his phone number, and then I was like 'I gotta call,'" the 22-year-old singer continued. "It was like a desperate need for advice, and that's how the friendship started."

McConaughey added that they "hit it off pretty quickly" when they started communicating.

Mendes said that his adoration for the Oscar-winning actor dates back to his childhood in Canada, when he had braces and "no one ever knew my name."

When asked about the details of their conversation, McConaughey said that they chatted about where Mendes was at the time and shared similar stories.

"We started talking [and] I immediately saw somebody," the actor recalled. "I was like, 'Wow, this is a really conscientious young man. He's really focused, self-determined, he's sort of an old soul."

McConaughey went on to say that he was impressed by Mendes' willingness to "challenge himself professionally and personally."

Mendes, for his part, said that he reached out to McConaughey for advice on how to "take the blame when things go wrong, take the glory when things go right."

The "Wonder" singer said that McConaughey told him, "you have to be the author of your own life," which has stuck with him ever since their conversation.