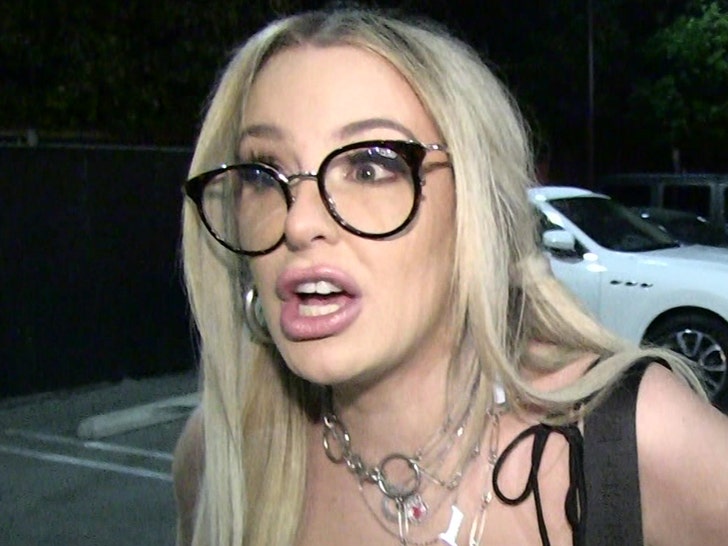 YouTube star Tana Mongeau‘s lost her verification just days after offering to send free nudes to people who could prove they voted for Joe Biden … and that could explain it.

Fans noticed Tana’s YouTube channel — which boasts nearly 5.5 million subscribers — seemingly had its verification status removed recently … which could spell big trouble for her in terms of racking up views and money.

Though it’s unclear for sure why she lost her verified checkmark, many believe it’s due to her latest controversy … which includes a possible violation of U.S. electoral law. 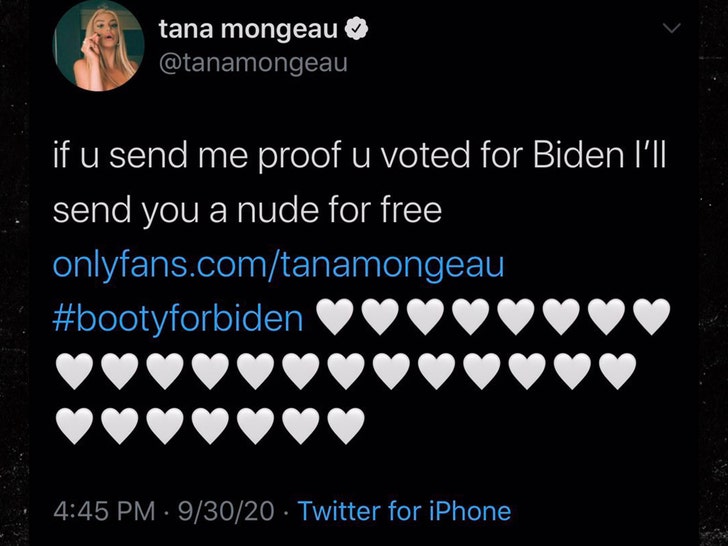 Here’s what happened — on Sept. 30 Tana tweeted she’d send her Onlyfans followers a nude for free if they sent proof of voting for the Democratic nominee. She added the hashtag #bootyforbiden.

Problem is — making an expenditure for a vote — also known as vote-buying — is a felony under federal law. So … Tana was arguably committing a crime, but it’s not 100 percent clear.

Of course, her loss of YT verification could also just be a technicality over her recent name change — if you recall that whole Jake Paul wedding fiasco — or a host of other reasons.

Still … very interesting. We’ve reached out to Tana … no word back yet.