Black Widow‘s Cate Shortland has claimed that the Marvel movie deliberately left out a scene that would’ve explained how Natasha Romanoff talked her way out of an altercation with superhero cynic General Thaddeus Ross.

Set between the events of Captain America: Civil War and Avengers: Infinity War, the titular character’s first solo chapter sees her reunite with her long-lost “family” to take down the Red Room, the place where she and so many other girls were indoctrinated, trained and forced to undergo terrible procedures.

After succeeding in their mission, amid the rubble of the final fight, Natasha (Scarlett Johansson) tells Yelena (Florence Pugh), Melina (Rachel Weisz) and Alexei (Stranger Things‘ David Harbour) to scarper with the freed Black Widows as black government SUVs circle the wreckage. 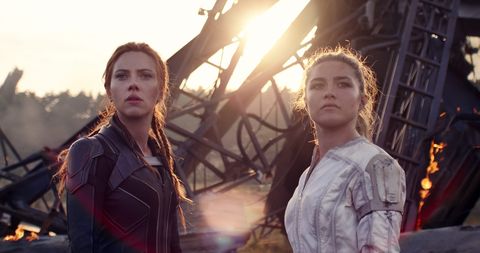 The movie then cuts to black, before we see Natasha again two weeks later, as she picks up a S.H.I.E.L.D. Quinjet from her smuggler pal Rick (O-T Fagbenle) and tells him that she’s going to use it to help Captain America bust Hawkeye, Ant-Man and co – who were locked up for breaking the Sokovia Accords – out of prison.

While some fans have expressed their disappointment in the movie not showing Natasha escaping Ross’s clutches, the director has insisted that they chose not to do so as they wanted to leave viewers guessing.

“That was intentional, because we wanted to leave the question of how she would get away, rather than allow the audience to get exhausted by another fight,” Shortland told TheWrap. 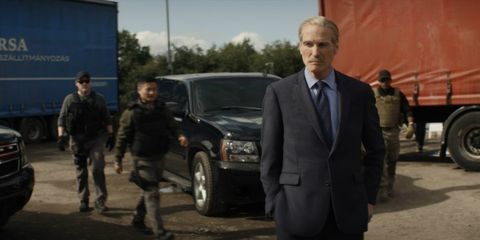 “We wanted to leave you guys on a high with the question of how did she use her ingenuity? Because she did. And it was probably, I would say, she bargained her way out of that situation. But I don’t know.”

Given that she doesn’t have superhuman abilities, it’s unlikely that Natasha managed to fight off an entire team of military men in one fell swoop so it seems more plausible that she bargained her way out of a sticky situation.

Perhaps she avoided arrest by offering up the mind control antidote? Although it’s unclear how useful that’d be to the United States Army. Maybe she did get detained and Cap broke her out later, hence the undercover-esque hair change? It’s anyone’s guess!