Michael Nader, longtime actor who was known for his roles on the original “Dynasty” series as well as “All My Children,” died at 76 years old on August 23, Page Six reported. Nader leaves behind his wife, Jodi Lister, as well as his daughter, Lindsay Michelle Nader.

Lister released a statement on MichaelFairmanTV.com, saying, “With heavy heart, I’m sharing the news of the passing of my beloved, Michael.” She continued by acknowledging that as a couple who clearly adored each other and animals, they “had 18 wonderful years together with the many dogs [they] fostered and adopted.” She added, “He was a beautiful and fascinating man with many talents and skills. I will miss him forever.” The statement also explained that the cause of death was an “untreatable form of cancer.”

In light of Nader’s death, his fans have been looking back at both his life and career. Read on as we do the same. 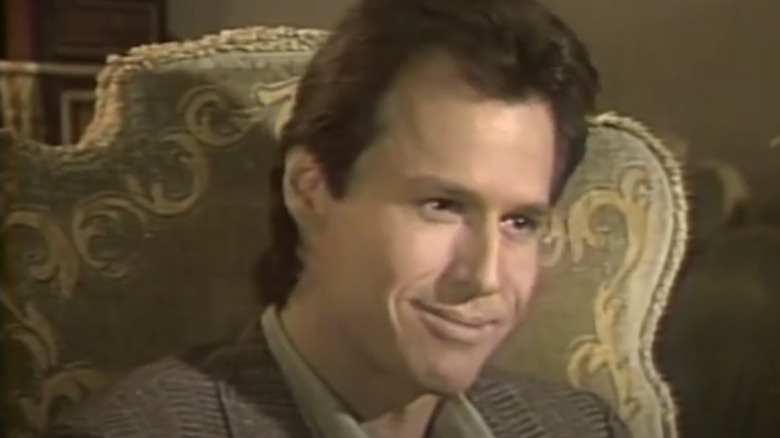 Born in Los Angeles on February 19, 1945, according to IMDb, Michael Nader grew up to be a famous figure in the world of television and soap operas. Undeniably best known for his role as Dex Dexter on the original “Dynasty” from 1983 to 1989, he was also adored for his time as Dimitri Marick on “All My Children” from 1991 to 2001 and again in 2013. That’s not to mention his work on other shows over the years like “The Flash,” “Gidget,” “Magnum, P.I.,” and “Law & Order: Special Victims Unit.”

When it came to Nader’s career, he talked to We Love Soaps in 2013 about returning to “All My Children,” saying, “I’ve enjoyed myself immensely.” Perhaps one of the reasons it was so fun was that he pointed out: “You know, I’m the same ham I’ve always been…” Beyond that, in the statement that Nader’s wife, Jodi Lister, released on MichaelFairmanTV.com, she noted, “Recently, Michael was so thrilled to reconnect with his friends from the cast of ‘Dynasty’ during Emma Samms’ virtual event to help raise funds for long-COVID research.” Clearly, this star adored his life, his career, and his peers as much as he was adored by his admirers.

Our condolences go out to Nader’s family, friends, and fans.