Ramy Youssef is a stand-up comedian, best known for his acting roles in the show “Mr. Robot” and the Hulu series “Ramy.” Youssef also has a production deal with studio A24, where he will create new shows. Outside of television, he continues his career as a stand-up comic, with one recorded special “Ramy Youssef: Feelings” on HBO. Before Youssef’s big break in the intersection of television and comedy, he was born in Queens and attended Rutgers University in New Jersey — where he studied political science and economics for a short time.

Youssef also reportedly dated another fellow television actor, a relationship that still has fans curious nearly a decade after it began. In 2012, Youssef was romantically linked to “Good Trouble” star Maia Mitchell. Some may also recognize her from roles in “The Fosters,” “Teen Beach Movie,” and the Disney Channel series “Jessie.”

So what do we know about the reported romance? Let’s take a look. 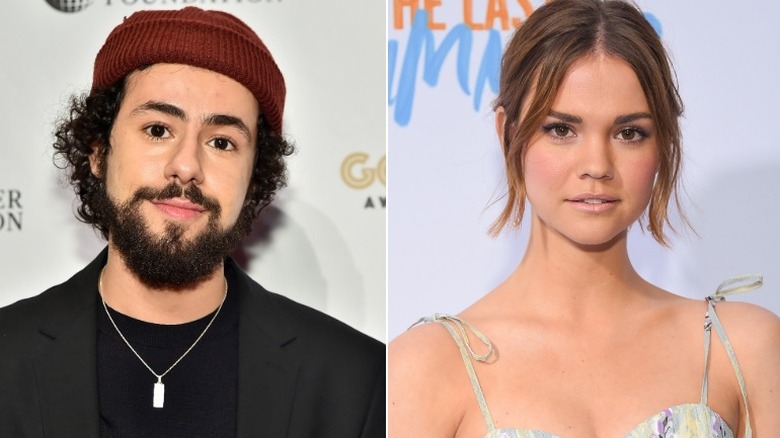 Actor Ramy Youssef and actor Maia Mitchell supposedly began dating in 2012, before eventually splitting sometime in 2014, according to Hidden Remote. Although the rumored couple was overall low-key — both in public and in the press — there were subtle times that they appeared to confirm being together. Mitchell tweeted about Yousef in 2013, had the two were spotted at a cafe together that same year. Youssef also posted pics with Mitchell on his old Instagram account that has since been wiped.

Neither of the actors has spoken about their supposed romance or split. Either way, Mitchell has since moved on with her love life, and began dating YouTuber Rudy Mancuso in 2015. Unlike her relationship with Youssef, she was also more open and public about her relationship with Mancuso on social media and confirmed to InStyle she met him after moving to Los Angeles. The couple celebrated their five-year anniversary in 2020, with Mitchell announcing it via Instagram, but it has since been deleted. Hmm.

As for Youssef? He confirmed to Interview Magazine that he “met someone” right around when “Ramy” premiered in 2019. Outside of that, he seems just as private as his rumored ex, Mitchell.