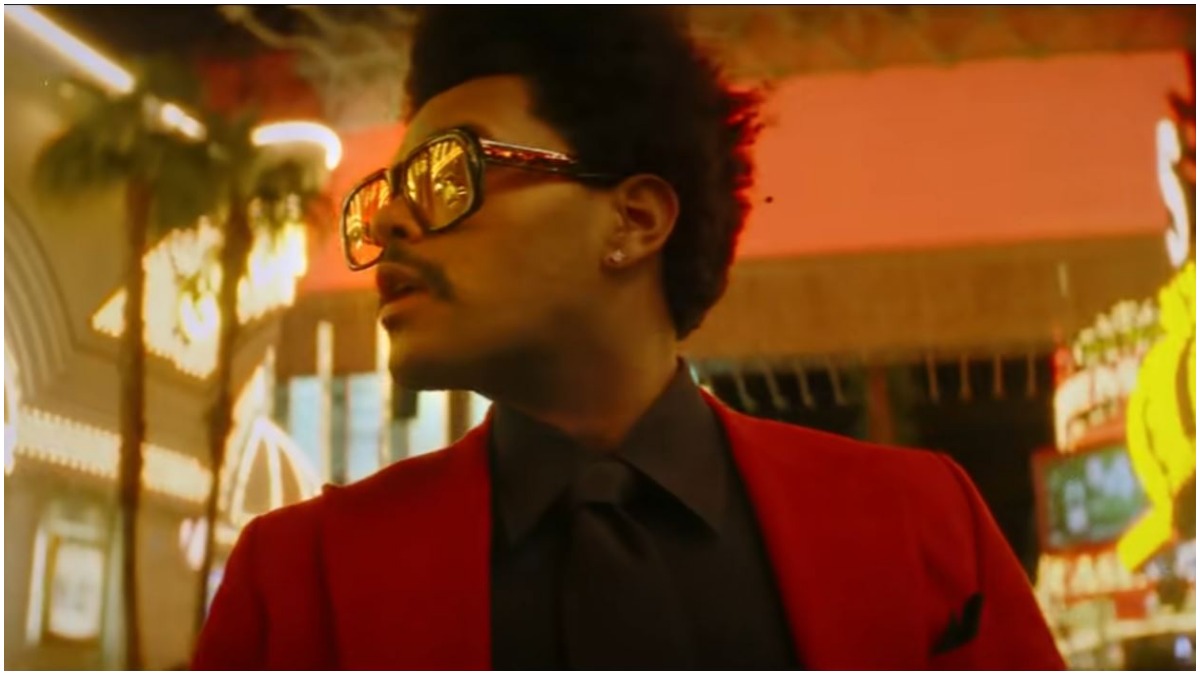 A photo of The Weeknd (Abel Makkonen Tesfaye) showing him looking much thicker has been making the rounds on social media lately.

People began sharing the photo after it first surfaced online a few days ago. It quickly went viral on Twitter, with many posting and leaving joking comments and memes about it.

Twitter users who assumed that the image shows The Weeknd after a “recent weight gain” began teasing him over his chubby appearance.

Some Twitter users started a meme contrasting the slim and good-looking Blinding Lights singer with the overweight version. 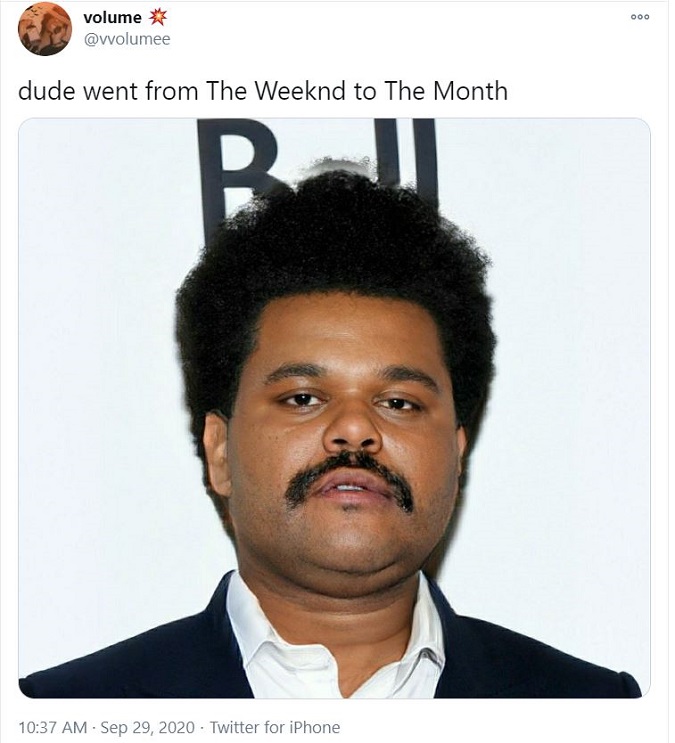 The Weeknd v. The Month: Did the singer gain weight recently?

The photo sparked rumors and speculation that the Canadian singer, songwriter, and actor has recently gained weight.

Some of The Weeknd’s fans who thought he gained weight were upset when they saw memes poking fun at their favorite artist. 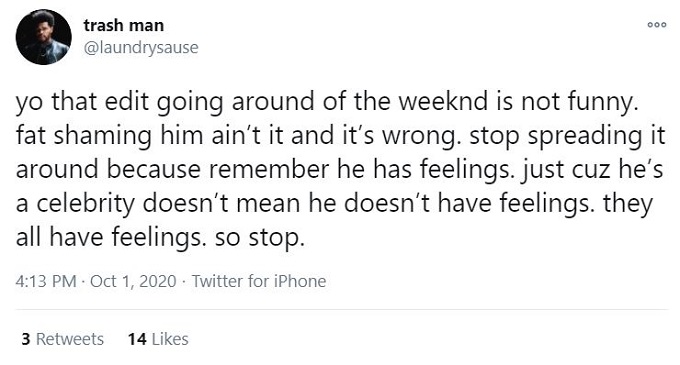 But some of The Weeknd’s fans refused to believe he gained weight despite what appeared to be photo evidence, and they took to social media to make inquiries.

If you are one of The Weeknd fans who have been wondering whether the weight gain rumors are true, here is what you need to know.

As you may have guessed, the image circulating on Twitter showing The Weeknd looking fat is Photoshopped. 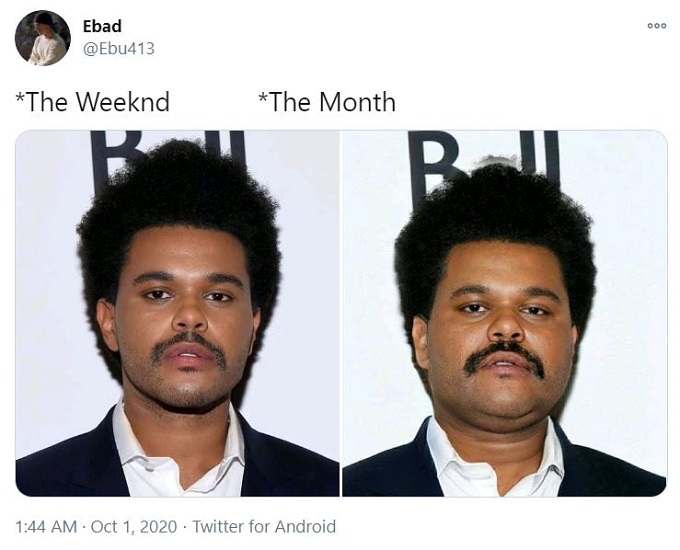 So you can disregard claims on social media and some internet forums that The Weeknd has recently gained weight.

The Photoshopped image appears to have originated from Reddit. Someone took a photo of the Canadian singer and digitally altered it to make him look fat.

This is not the first time that fan attention has been drawn to a photo of The Weeknd in which he looks heavier than he is known to be.

A photo of the singer uploaded to Reddit about two years ago also drew attention after some fans said he looked “thicker.”

Fans were also thrown into a frenzy of speculation when The Weeknd appeared at the VMAs last August with his face apparently bruised and bleeding.

But it turned out to be make-up.