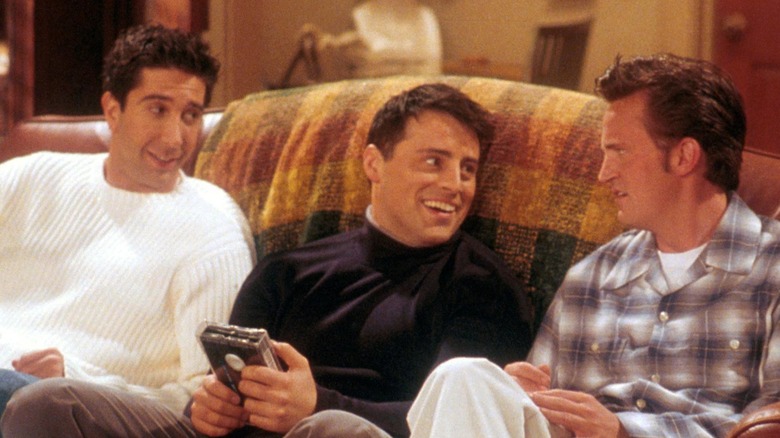 “Friends” fans know that the show was famous for its hilarious Thanksgiving episodes. While the gang was also seen celebrating other holidays such as Christmas and Halloween throughout the series, their Thanksgiving episodes were some of the best. In one fan-favorite holiday-themed episode, titled “The One With All The Thanksgivings,” a gut-busting flashback showed Ross, Monica, Rachel, and Chandler as 20-somethings gathered at the Gellar home for a meal, per Medium.

During the show, Monica tells Rachel that she wants to get back at Chandler for calling her fat the previous Thanksgiving. Rachel then gives Monica advice on how to seduce Chandler, telling her to pretend that everything around her was sexy. This plays out as Monica picking up random kitchen items such as a carrot and a knife and rubbing them against her skin. However, she can’t keep a firm hold on the knife, which then falls to the ground and slices off the tip of Chandler’s toe.

The group rushes Chandler to the hospital to reattach his toe, but it’s revealed that Monica accidentally grabbed a piece of carrot instead of Chandler’s severed toe. The doctor told the gang that it was too late to reattach the toe and that Chandler would have to learn to live without the tip of his toe. While the episode is iconic, it’s actually loosely based on actor Matthew Perry’s real life.

How did Matthew Perry lose the tip of his middle finger? 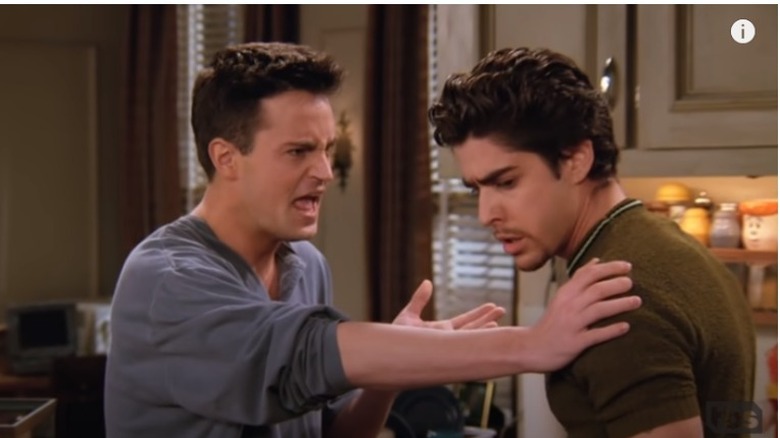 According to The Things, “Friends” fans may have missed a small detail while watching the show over and over again. Although it’s never mentioned in the series, actor Matthew Perry, who played the role of the funny and sarcastic Chandler Bing on the show, is actually missing the tip of his middle finger. Much like his on-screen alter ego, Perry went through a traumatic event that caused him to lose a small piece at the end of one of his digits.

The outlet notes that, after speculation about what happened to Perry’s finger, the actor briefly opened up about the event. Perry revealed that he suffered a surprising accident when he was just 3 years old in which a door was shut on his hand, and eventually led to the removal of his fingertip. Although Perry did not offer up any further details about the accident, fans can clearly see that his middle finger is about the same length as his pointer finger while rewatching old episodes of “Friends.” Thankfully, the accident did not seem to have any impact on his acting career.