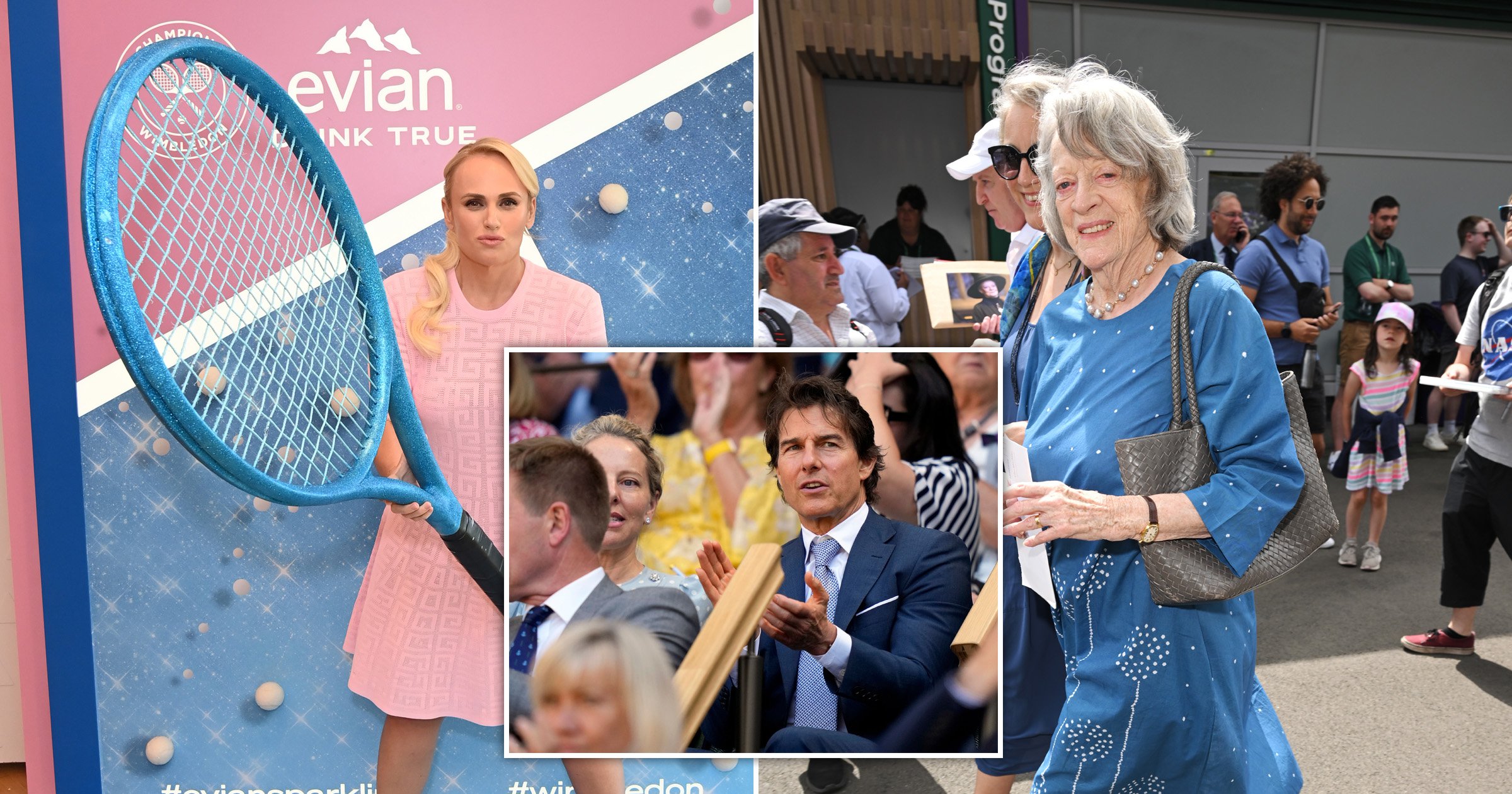 Just when we thought Wimbledon had already seen the biggest possible names sit in the stands to watch the tennis tournament unfold, actual Tom Cruise showed up.

The Top Gun actor sat alongside the likes of Rebel Wilson, Dame Maggie Smith, and Sir Cliff Richard on day 13 of Wimbledon, with Sunday’s big final right around the corner.

It might not shock you to hear that the Mission: Impossible star was seated in the royal box, where he was joined by friend Heather McQuarrie, a costume designer whose husband is filmmaker Christopher McQuarrie.

Tom looked as dapper as ever in a navy blue suit and spotted tie, while pal Heather put on a summery display in a baby blue frock with white polka dots.

The pair wore big smiles on their faces as they chatted throughout the game and got a glimpse of the action up close.

Also in attendance, Australian actress Rebel let out her playful side as she posed with an absolutely massive tennis racket in front of the Evian stand.

She teamed the knee-length frock with some white sandals with gold studded detailing, and a nude handbag, sweeping her hair off her face into a wavy ponytail.

It seems girlfriend Ramona – whom Rebel is thought to have started dating earlier this year – also loved her pink ensemble, as she left a sweet comment on her girlfriend’s Instagram post.

Rebel shared a pic from the finals with her 11.2million followers, under which Ramona wrote: ‘Pink Princess 💗👸🏼’ – how cute!

The 87-year-old appeared in good spirits as she smiled for cameras, but she wasn’t the only icon in the building, with Sir Cliff putting in another appearance at the tournament.

Sir Cliff has been spotted a few times at Wimbledon, and he went all out with colour for the penultimate day of the tournament, opting for a pink jacket, purple tie, and burgundy shirt and trousers.

The singer was on the receiving end of some backlash earlier on in the tournament, after viewers were left ‘cringing’ during his spontaneous performance, but it seems he’s brushing it off and just wants to have a good time!

Also in attendance for day 13 was musician Ellie Goulding, who looked super chic in a white blouse with puffy shoulders and smart cream trousers.

The final of Wimbledon 2022 will take place on Sunday with superstar Novak Djokovic taking on tennis rebel Nick Kyrgios.