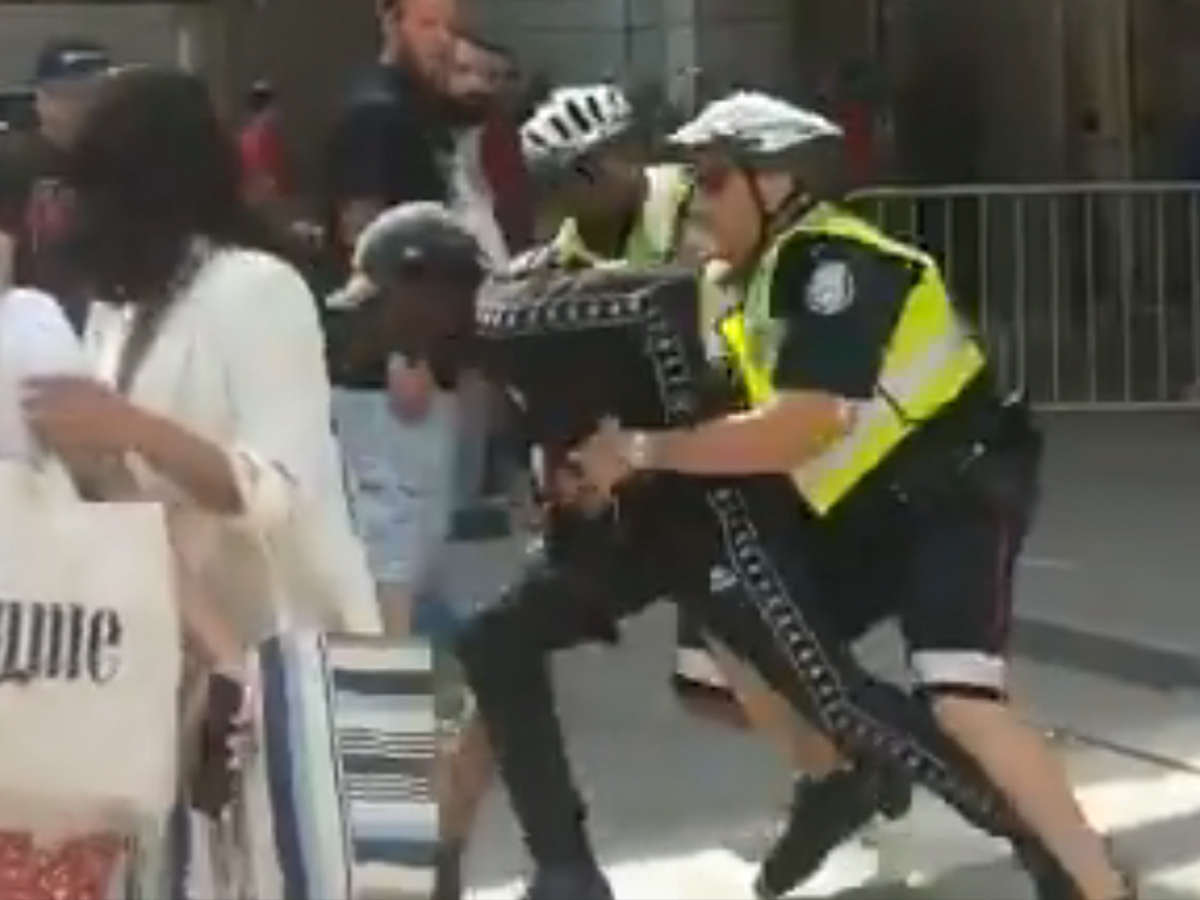 Here is the moment several Toronto Police officers chased down, tackled and apprehended one of the suspected shooters at Monday’s Toronto Raptors championship parade … and it’s intense.

The footage starts showing a man dressed in black trying to run — but two bike cops grab the dude — who appears to be holding a weapon … and wrestle him to the ground.

Several cops in the area quickly realize what’s going on and jump in on the action — piling on top of the suspect while trying to neutralize the weapon.

At one point, one of the officers begins reigning down punches on the suspect.

You can hear some of the cops trying to clear the area — screaming at people to “Get outta here!!!”

There’s more footage that has surfaced from earlier in the parade — in which you can clearly hear at least 4 gunshots pop off near crowds of people.

Eventually, cops say 4 people suffered injuries in the shooting — but all are expected to survive. 3 people have been arrested and 2 weapons have been recovered.

As for the Raptors, team announcer man Matt Devlin was credited with calming the crowd down after the gunshots were fired, telling the audience, “Please, stay calm.”

For his part, Drake grabbed the microphone and told everyone in attendance to hug one another — preaching love and unity.