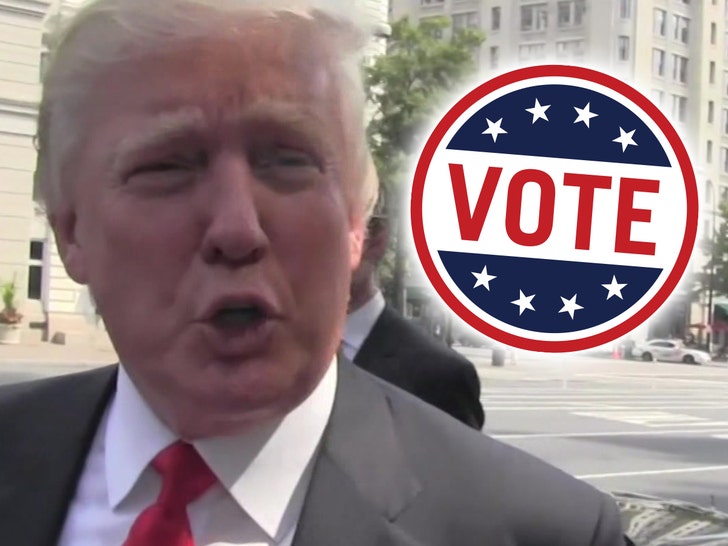 President Trump was up and at ’em this morning with one message on his mind that he felt the need to repeat over and over and over AND OVER again — America, vote … MAGA.

DT sent out a barrage of tweets early Monday, and they were all different versions of the same sentiment — here’s why folks oughta punch their ballots in for him … with his signature all caps font, of course. In all, he had about 15 or so bullet point reasons to vote Trump. 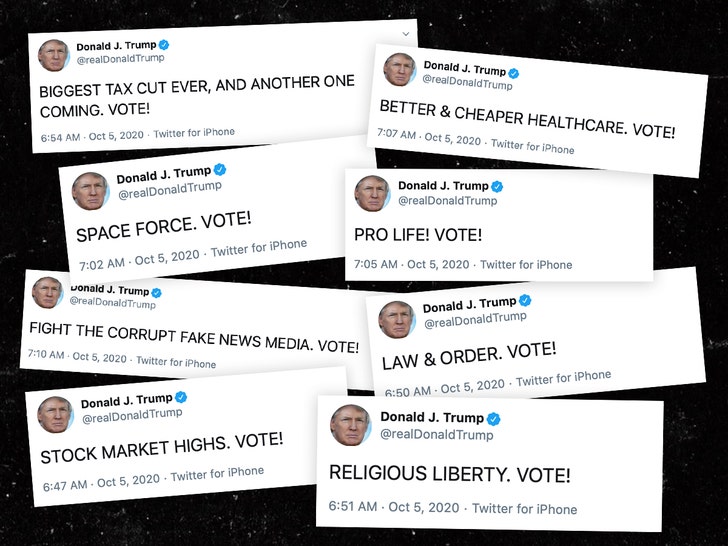 Just to name a few of the most amusing … 401(k), LAW & ORDER, STOCK MARKET HIGHS, STRONGEST MILITARY EVER, PRO LIFE, FIGHT THE CORRUPT FAKE NEWS MEDIA … and, of course, SPACE FORCE!!!! There’s more, but you get it, we’re sure.

He also had a friendly reminder for residents in key swing states he needs to win to defeat Biden (who’s ahead in the polls in a lot of these places). He told people in Ohio, Florida, Georgia, Arizona and Texas Monday was the last day to register and offered a link so they could sign up … a link that leads to a site that literally pushes you to vote for Trump.

We’d give him credit for promoting the democratic process, but since he’s leading would-be voters right to his own punch card … we’ll hold off on the kudos for now. One last note we’ll make about Trump’s back-to-business mentality on Twitter … some are calling it “roid rage.”

As you mighta heard, Trump’s now on a steroid called dexamethasone, which helps fight off inflammation in the body caused by disease and/or viruses. While there are different reports on the potential side effects, one that keeps getting brought up is the possibility of “delusions of grandeur” and general outbursts or acts of anger — y’know, ’cause of the ‘roids and all.

While we could maybe buy that, this type of erratic online behavior seems right up Donnie’s alley, so who the hell knows.