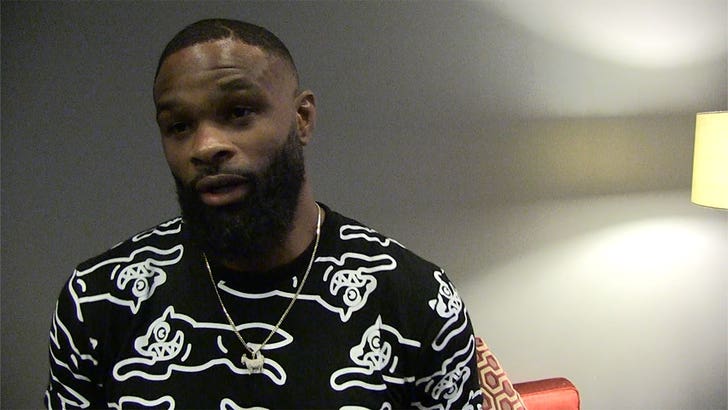 Tyron Woodley says his tattoo bet with Jake Paul is straight-up “childish” — but he tells TMZ Sports he took it ’cause he says he knows he’s going to KO the YouTuber!

Paul and Woodley made the deal earlier this month … agreeing that whoever loses on Aug. 29 will have to tattoo the winner’s name somewhere on their body.

The former UFC champ tells us the agreement was stupid … explaining Paul only did it ’cause it’s “his way of downplaying and bringing me into his world”.

“It’s kind of childish,” Woodley says. “But, last time he tried [to bet me] to make it seem like I wasn’t confident.”

So, Woodley says he shook hands with Paul on it this time … telling us he just knows he’s not going to lose.

“I’m just not finna just let you act like you run the show,” Woodley tells us … adding, “Yeah, I bet because I’m confident I’m going to win. I have no plan on getting an ‘I Love Jake Paul’ tattoo.”

As for a prediction for fight night … Woodley wouldn’t give a round, but says the outcome is inevitable.