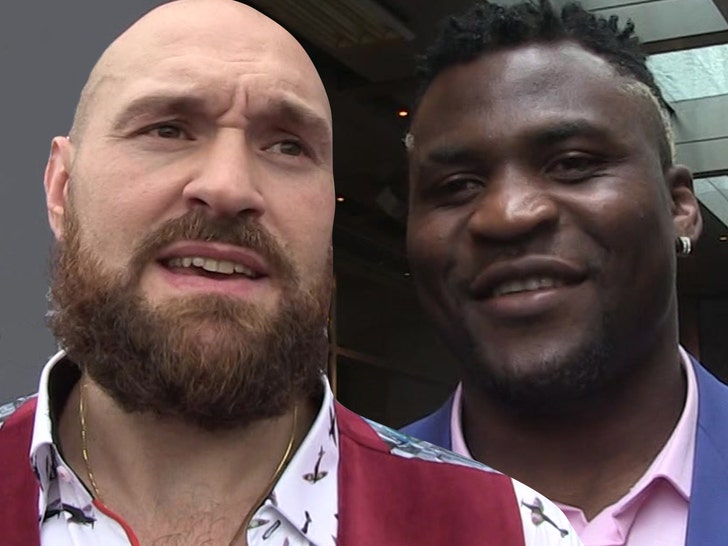 It all started last month when the UFC star told TMZ Sports he wants to step in the boxing ring with either Fury or Deontay Wilder.

“I would like to test myself to that level,” Ngannou told us at the time, “It’s not the same sport, although I’m the champion, I’m in the top in this division.” 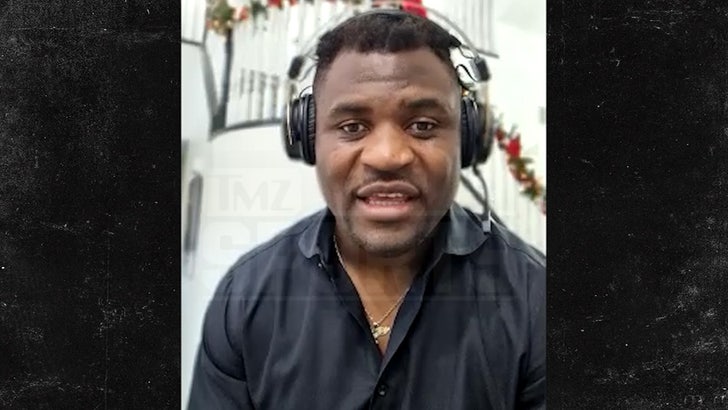 “At the end of the day, it’s just about like trained hands, trained punches, having a good delivery system to produce bombs and I’m sure that if I deliver my own punch, it’s pretty good, I can make some damage.”

Well, Fury must’ve watched the interview … ’cause he posted a fighting promo on his Twitter Thursday, featuring him and the 16-3 (12 KOs) MMA fighter.

“Who would like to see me fight this beast boxing rules UFC gloves?” Fury said. 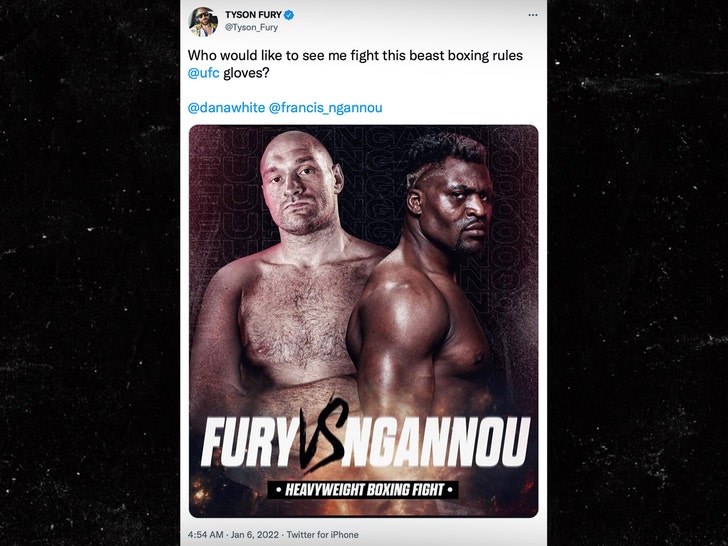 Ngannou replied to the 31-0-1 heavyweight boxer … saying the rules should be MMA style but would settle for boxing gloves as a favor to him — but Fury wasn’t having it.

“You want to come into my world calling me and Wilder out to a boxing match,” Fury said.

“What I can guarantee you would be knocked out & also paid your highest purse to be so! So, have a think.” 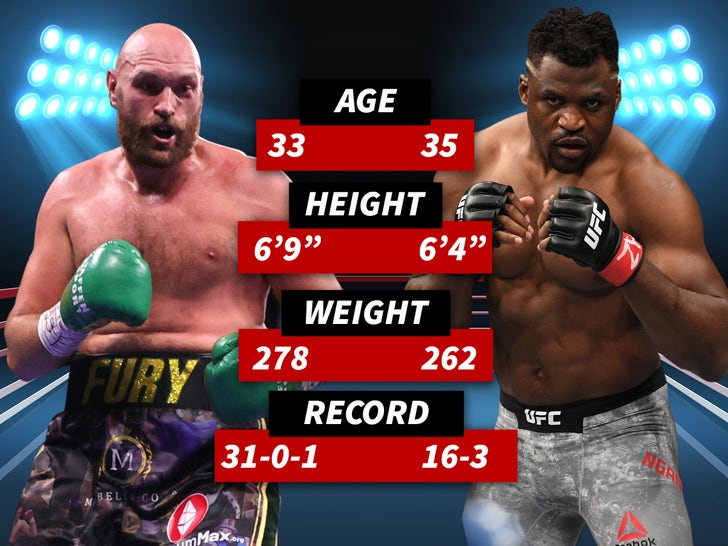 Ngannou didn’t back down and vowed to go toe-to-toe anywhere and any style after his matchup with UFC interim HW champ Ciryl Gane at UFC 270.

“After I handle business on Jan. 22 I’ll fight you,” Ngannou said, “Under any special ruleset you want. In a ring, an Octagon or a phone booth.”

Will this potential super fight go down?!? Stay tuned!