Even though former President Donald Trump’s real estate empire, the Trump Organization, might be under scrutiny for allegations of tax crimes — claims which could still possibly lead to an indictment levied against Trump himself — the former commander-in-chief might have been a lot more transparent about one thing, at least to a degree. As the Daily Mail reported on August 4, it seems that a bottle of whiskey worth $5,800 and given to former Secretary of State Mike Pompeo by the Japanese government has apparently gone missing, an error (or mystery) that was able to be spotted thanks to the U.S. Federal Register.

As the Daily Mail explained, gifts given to White House officials by foreign governments (or, more specifically, gifts that are worth over $390 in value) are recorded by the U.S. State Department for tracking purposes, and if the recipient of any gift worth more than that amount wants to keep it, they must pay the price of its valuation. In addition to this, those who fail to adhere to these protocols could “face civil penalties,” per the tabloid.

While the quagmire of what happened to Pompeo’s whiskey is still up for speculation, the Federal Register, which is available to the public, shows exactly what gifts Trump and his wife, former First Lady Melania Trump, received during the Trump administration — at least, up until the year 2019. So what did foreign leaders give Trump during his tenure? Read on to find out.

Donald Trump frequently received gifts that were…images of himself 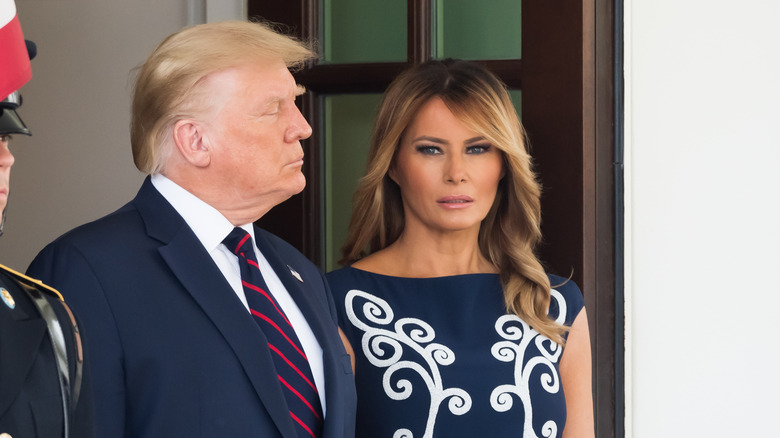 As the Daily Mail reported in August, a catalog of the gifts Donald Trump received listed on the Department of States’ official Federal Registry showed that a large chunk of it included images of Trump.

According to the Federal Register, the most notable of these include a portrait of Trump “on dual pane glass” worth $5,250 given to him by President Nguyen Phu Trong of Vietnam, a $420 framed photo of the former president gifted by Australian Prime Minister Scott Morrison, and a “large double frame carved from black stone with [an] image of President Donald J. Trump in precious metal on one side and the coat of arms of Egypt on the other” from the country’s leader, Abdel-Fattah el-Sisi.

Per the Daily Mail, another type of present Trump regularly received was guns. Among them was an Ottoman Empire rifle valued at around $8,500 from Bulgarian Prime Minister Boyko Borissov, as well as a CZ 75 9mm pistol worth around $710 from Prime Minister Andrew Babis of the Czech Republic. Each valuation is listed in the Federal Register, and all of the gifts are currently housed in the National Archives in Washington, D.C. 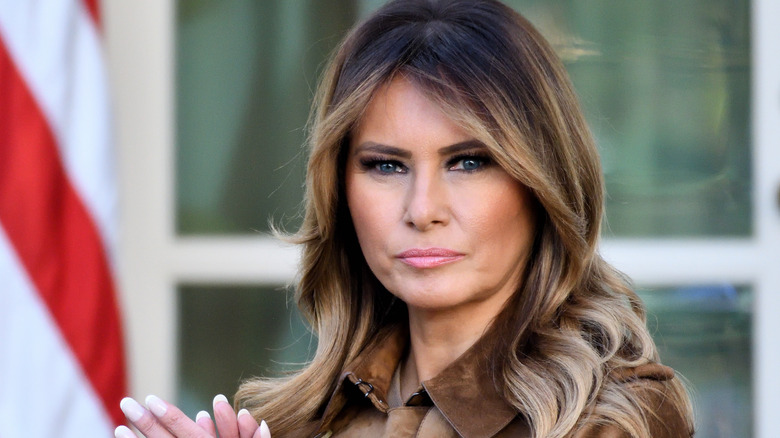 Former First Lady Melania Trump received far fewer gifts than her husband. Per the Federal Register, those gifted specifically in erstwhile President Donald Trump’s name totaled at around 27, whereas those designated to Melania rounded out at a mere seven. And they seemed specifically tailored to her interests in décor (however unpopular her tastes might have been during the Trump administration) and the safe area of ornate jewelry.

Among those seven were three sets of earrings, with two pairs being pearl. Of the pearl earrings, one was gifted by Jennifer Morrison, the wife of Australian Prime Minister Scott Morrison, and was valued at $700, along with a more expensive pair worth $2,600 given by the wife of Japan’s prime minister, Akie Abe. A third pair of white gold diamond earrings worth $470 was given by Monika Babisova, the wife of the Prime Minister of the Czech Republic. All gifts included the following notation in the Federal Register: “Non-acceptance would cause embarrassment to donor and U.S. Government.”

The other four gifts listed on the Federal Register and bequeathed to the former FLOTUS included a porcelain vase, a silver jewelry box, an “ornamental Japanese lacquerbox and a signed photograph” of the Empress of Japan, and a “framed painting of a nature preserve” from the Mongolian government.