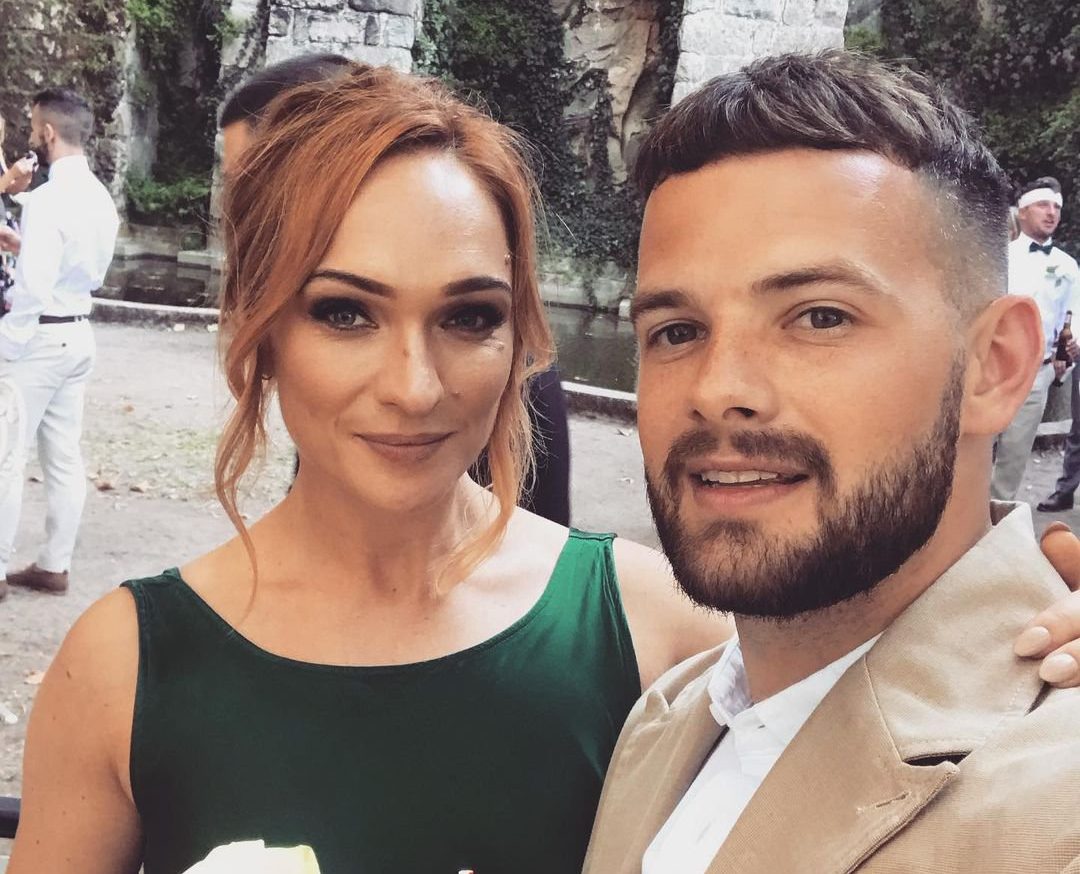 Tom Mann has insisted he’s still in shock and has ‘no words’, three weeks after the death of his fiancee Dani Hampson.

Hampson died on the morning of their wedding on June 18, aged 34, with X Factor star Tom going on to hold a memorial for his partner late last month.

The singer, 28, returned to social media on Thursday to share a statement, thanking fans for their support following her death, while insisting he’s found it at times extremely difficult ‘to feel anything other than sadness’.

Sharing a photo of him planting a kiss on Hampson’s cheek, he wrote: ‘Nearly 3 weeks on from what will always remain the worst day of my life. Still in shock & still no words – my beautiful Dani is an indescribable loss.

‘Nothing can be said or done but I need to acknowledge the immense amount of love, kindness & support that Bowie, Dan’s family, my family & I have received. It has overwhelmed us.’

He went on: ‘In the darkest of times, it is extremely difficult to feel anything other than sadness, let alone gratitude, but we have found glimpses of feeling that union of love that has come from far & wide for our Dani.

‘She was the best of the best, and that is testament to her. Thank you.’

He followed up his statement with a sweet photo of Hampson with their young son.

Tom, who is best known for his appearance on the ITV singing competition in 2014, where he starred as one of eight members of boy band Stereo Kicks, shared the devastating news of Hampson’s death in June, sharing his disbelief he was forced to write such a statement.

He said on Instagram: ‘I can’t believe I am writing these words but my darling Dani – my best friend, my everything and more, the love of my life – passed away in the early hours of Saturday morning, 18th June.’

Pouring his heart out in the caption for a picture of his partner and their baby, he continued: ‘On what was supposed to be the happiest day of our lives ended in irreversible heartbreak. I feel like I have cried an ocean.

‘We never made it to the alter; or got to say our vows, or dance our first dance, but I know you know that you were my entire world and the best thing that has ever happened to me, Danielle.’

While they never married, Tom assured Hampson that he ‘will wear this ring that I was always supposed to wear as a sign of my unconditional love to you.’

Tom held a memorial for Hampson, resharing a post to his Instagram story which read ‘Today was for our Dani,’ along with a white heart emoji and a praying emoji.

He also shared a photo of the pair kissing, penning: ‘There are honestly no words to describe just how much I miss you Dan. Forever and always.’

Tom confessed to being ‘completely broken’ as he tried to process the tragedy, and admitted he ‘honestly doesn’t know where to go from here.’

But, he wants to ‘use any strength I can muster for our little boy,’ despite feeling he will ‘not be a mark’ on the parent that Hampson was.

‘I promise I will do my everything to raise Bowie just the way we always wanted. I promise you he will know how amazing his mummy was. I promise to make you so so proud,’ he continued.

‘The most beautiful person inside and out. The most incredible soul. We have lost such a special person and I am sure we are about to see an abundant outpouring of love that reflects that. I will try to find peace in your messages and comments, but right now I am grieving and I will be for a very, very long time.’

He signed off by calling his ‘darling’ fiancée ‘the brightest light in any room’, saying his world is ‘nothing but darkness’ without her.

Tom concluded: ‘I will miss you forever.’