Yara Shahidi always understands the red-carpet assignment. For the 2021 Met Gala, “In America: A Lexicon of Fashion,” the actor and activist arrived in a look that paid tribute to a significant woman in U.S. history.

Shahidi arrived at the Met Gala in a custom strapless Christian Dior gown, embroidered with intricate beading, and fashioned with a thin belt and a long, gauzy trail. Her look also incorporated elbow-length gloves, lined in matching beading, and a braided cap. She topped everything off with a diamond choker. 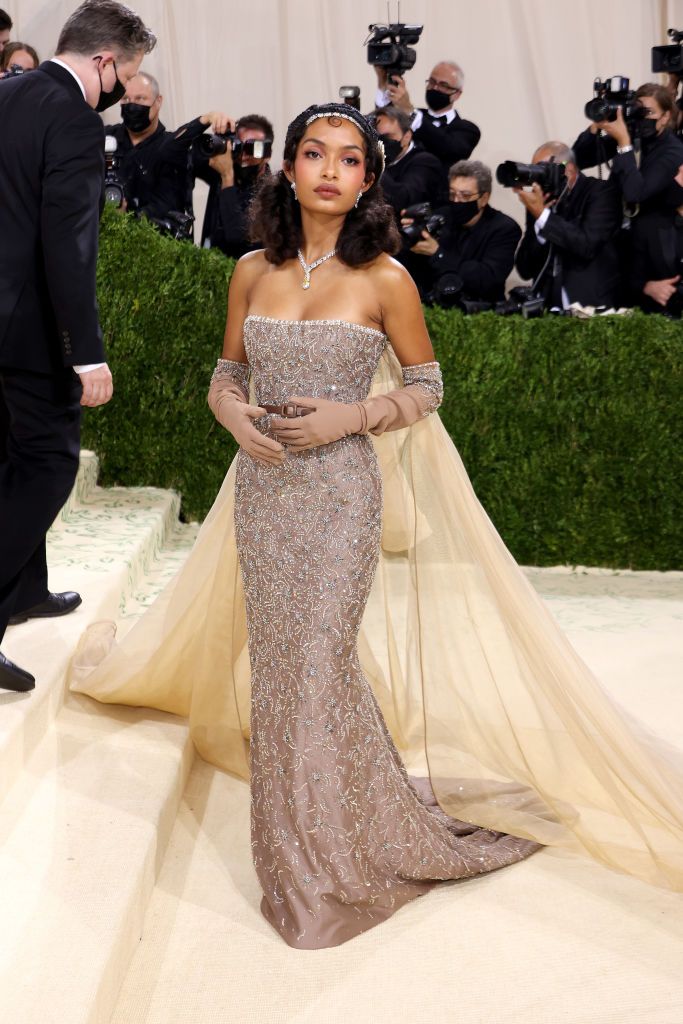 On the red carpet, Shahidi told Met Gala livestream cohost Ilana Glazer that her look was inspired by the style of a legendary figure: Josephine Baker, the boundary-breaking American-French entertainer.

“It was exciting,” Shahidi said of creating her look with Dior and stylist Jason Bolden. “I didn’t necessarily know where to start,” but she said that a search through archives led her to Baker.

Baker is a fitting muse for Shahidi. In the 1920s, Baker toured the country dancing with a traveling company before landing in New York City to perform on Broadway. Baker later moved to France, where she began to sing, became a French citizen in 1937, and, later, worked with the French Résistance forces and Red Cross during the German occupation of France in World War II. 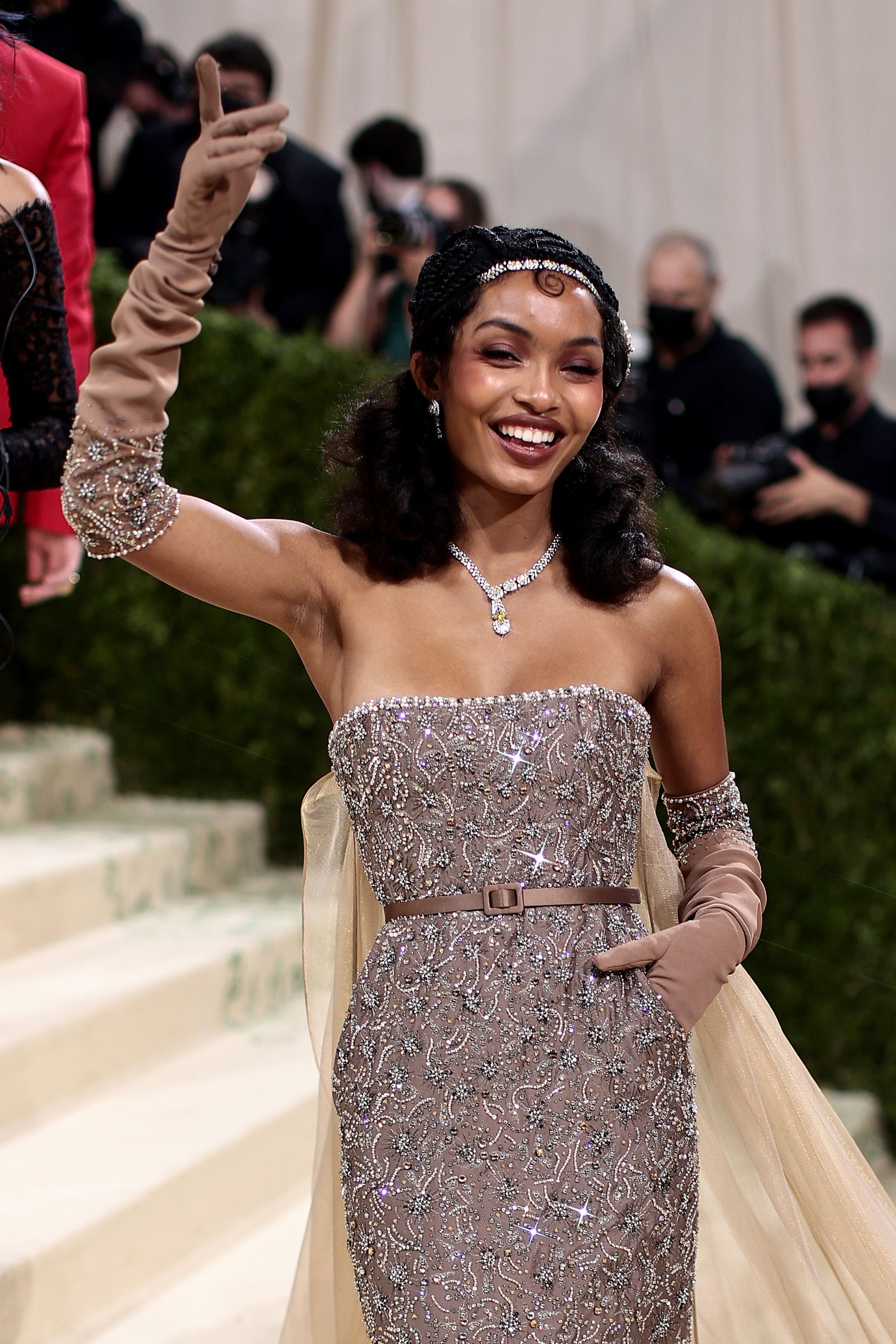 Honoring Baker’s legacy through a custom Dior gown was a natural choice for Shahidi. The actor was named a Dior global ambassador this year. Previously, she worked with the French house to combine her appreciation of fashion and dedication to activism.

“What we know to be true is that so many young women aren’t given the space to be heard consistently, to feel as though people are genuinely taking the time to understand what they’re saying,” Shahidi said in a video she filmed for Dior. “And so when I go in to fight for what I believe is right, or what I believe is crucial to a certain project, I think there are many times that women—and it’s only exacerbated if you are a woman of color—toe the line between being viewed as assertive and driven or aggressive. And it is important and requires constant conversation even for me to know that my being assertive, my being driven, and my being committed is not something to ever be ashamed of.”