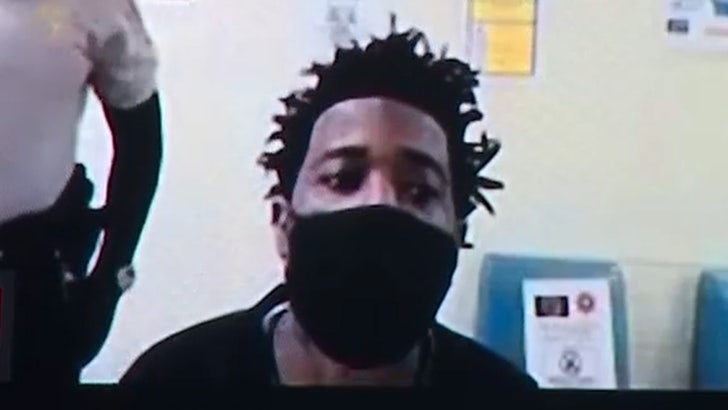 3:12 PM PT — YFN Lucci’s attorney, Drew Findling, tells TMZ, “Our review of the initial evidence made available to us indicates there is no basis for any criminal charges against Rayshawn Bennett. We will continue our own independent investigation on his behalf.”

12:47 PM PT — According to the arrest affidavit … YFN’s being held behind bars on no bond. The alleged murder victim is James Adams … a member of YFN’s crew. Cops say Adams was seen on video before the shooting saying, “We’re fitting to f*** this city up, man!” and “yeah, we’re f***ing this city up!”

Authorities say YFN and the crew had been driving around a part of Atlanta dominated by a rival gang. Cops say on the night of the shooting … the SUV “entered an oncoming lane of traffic and stopped on the left shoulder, allowing Adams and the front passenger of the vehicle, Ra’von Boyd, to fire multiple gunshots from assault rifle style firearms at people in the rival gang territory.”

Cops say another guy, Kevin Wright, sustained at least one gunshot wound in the shooting while Adams was shot in the head by return gunfire. He died but not before cops say “Adams was manually ejected from the vehicle a short distance away — his body left [on] the street.”

6:14 AM PT — YFN Lucci turned himself in late Wednesday night and is currently in custody at Fulton County Jail. 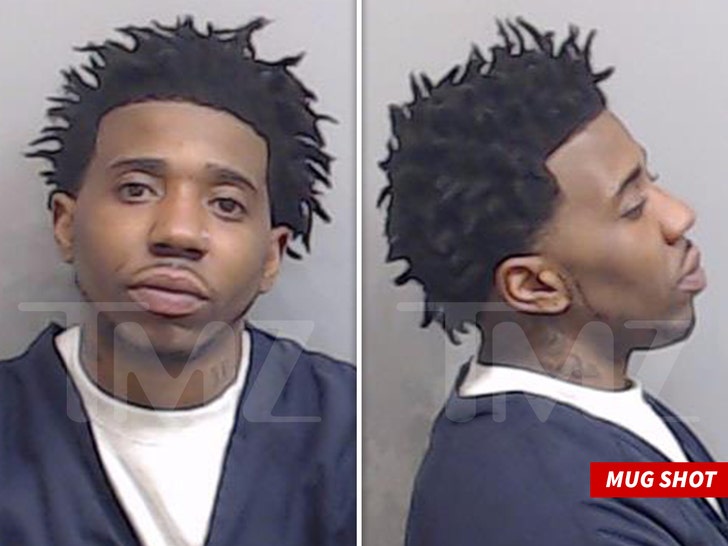 The 911 call that led to the felony murder warrant for YFN Lucci‘s arrest is disturbing … a woman describing a man clinging to a moving SUV before he was left for dead.

TMZ’s obtained audio of the 911 call a woman made in Atlanta last month when she saw a white SUV speeding by “with a man hanging out of the car.” She says she eventually saw the man get shoved out onto the street.

The witness told the operator the victim appeared to have suffered a gunshot wound to the head, and she desperately tried to get an ambulance to the location because the man was “still trying to fight for his life.”

She remained on the scene while waiting for the ambulance, standing near the victim — and said he was “taking his last breath” and he died moments later.

As we reported … Lucci is wanted by Atlanta PD’s homicide unit for his alleged role in the man’s death. We’re told cops are looking to bring him in on multiple charges … including felony murder, aggravated assault, participation in criminal street gang activity, and possession of a firearm during the commission of a felony.

Atlanta PD’s offering a $5k award for info leading to his arrest and indictment.