It’s not easy growing up in the spotlight when you have two really famous parents like former soccer star David Beckham and fashionista — and former Spice Girl! — Victoria Beckham. But 16-year-old Cruz Beckham is doing pretty darn well for himself and finding that he’s inherited a few amazing talents from both sides of the family.

David and Victoria have encouraged his artistic side and cheered on his athletic side, even if didn’t involve a soccer ball and cleats. They’ve let him march to the beat of his own drum, and he might be the most comical of the four Beckham kids, including big brothers Brooklyn, 21, and Romeo, 18, and little sister Harper, 9.

The thing is with Cruz is that he’s unpredictable and we love that about him. You are just as likely to see him hitting the slopes as you are exploring his creative side. He doesn’t let the public assume that he’s going to be a cookie-cutter of his elite athlete dad or musical mom. He might not get as much press as his older brothers, but Cruz keeps us on our toes as to what to expect from him next.

Now that Cruz is 16, he’s probably going to be enjoying that rite of passage like getting his driver’s license if he’s residing in the U.S. — those Beckhams love to travel, so we don’t know where they will end up in any given month. Or maybe he’s going to start checking out colleges to attend since he’s always game to learn new things. Whatever Cruz decides to, we know that he’s going full-out to follow his dreams and David and Victoria will be supporting him every step of the way.

Here are 10 things to know about the teen, who turns 16 today…

His name has special meaning 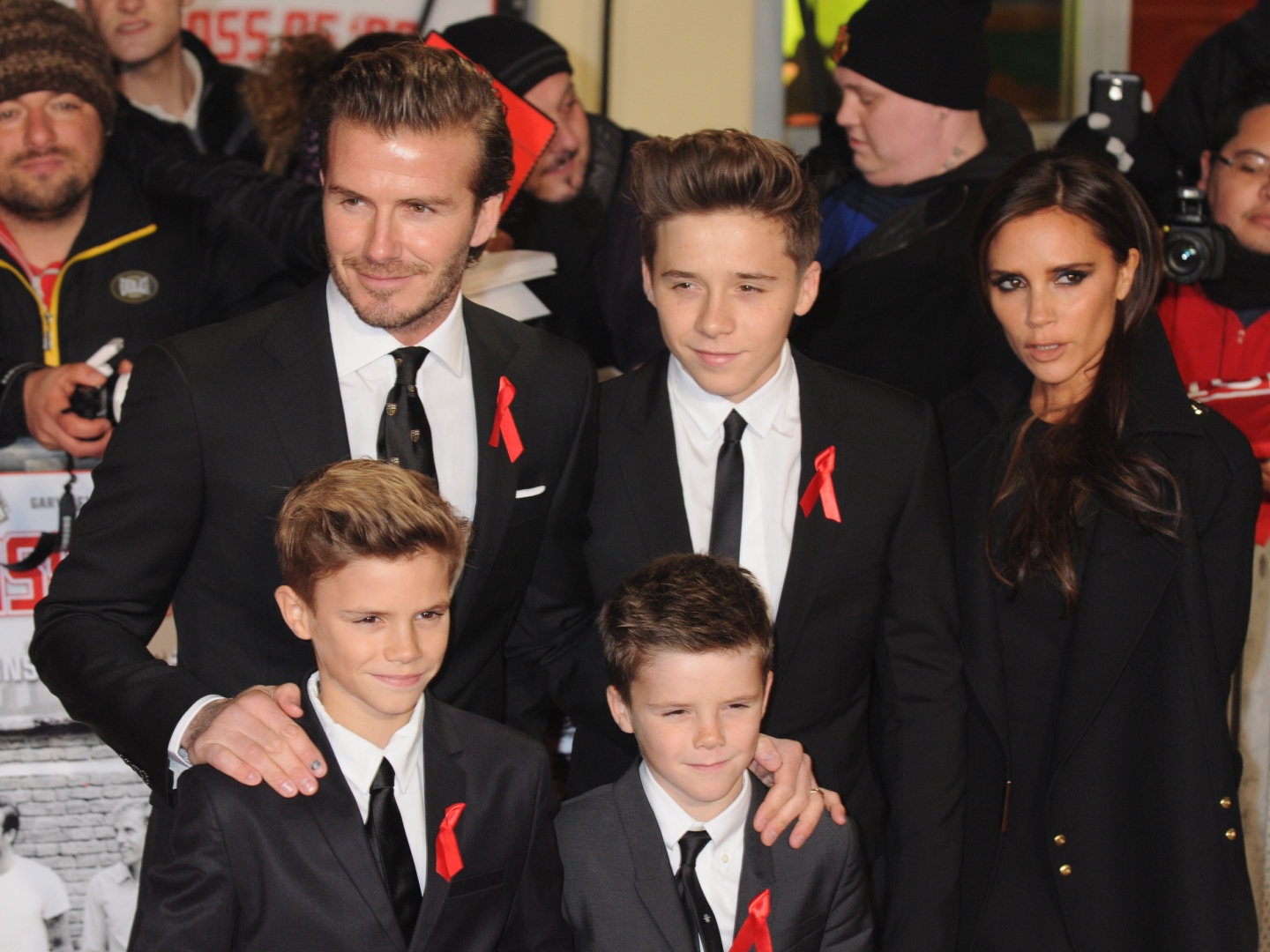 Cruz wound up with a name that has a lot of meaning — and we love how David and Victoria picked it out for their youngest son. Cruz, which means “cross” in Spanish, was a nod to his birthplace: Madrid, where his dad was playing soccer at the time.

He has the coolest godparents

David and Victoria know how to throw a christening (or as we like to call it, “a very Beckham baptism”) and pick the most A-list godparents ever: Cruz and Harper are both lucky enough to call Marc Anthony and Eva Longoria their godparents.

The resemblance to his dad is unbelievable

The resemblance is uncanny, right? From the mischievous squint in their eyes as they smile, there’s no doubt that Cruz is the spitting image of his dad. (Just check out this happy birthday highlight reel posted by the proud papa!) But tbh, we see a lot of mama Victoria there, too!

He has a flair for disguise

If Cruz wasn’t dressed in his most fashionable wardrobe, then he might be in disguise. When he was younger, his costume closet was overflowing with every superhero you can imagine. He even had wardrobe changes for his fourth birthday party when he came dressed as Wolverine and left as Iron Man. We like his flair for drama. 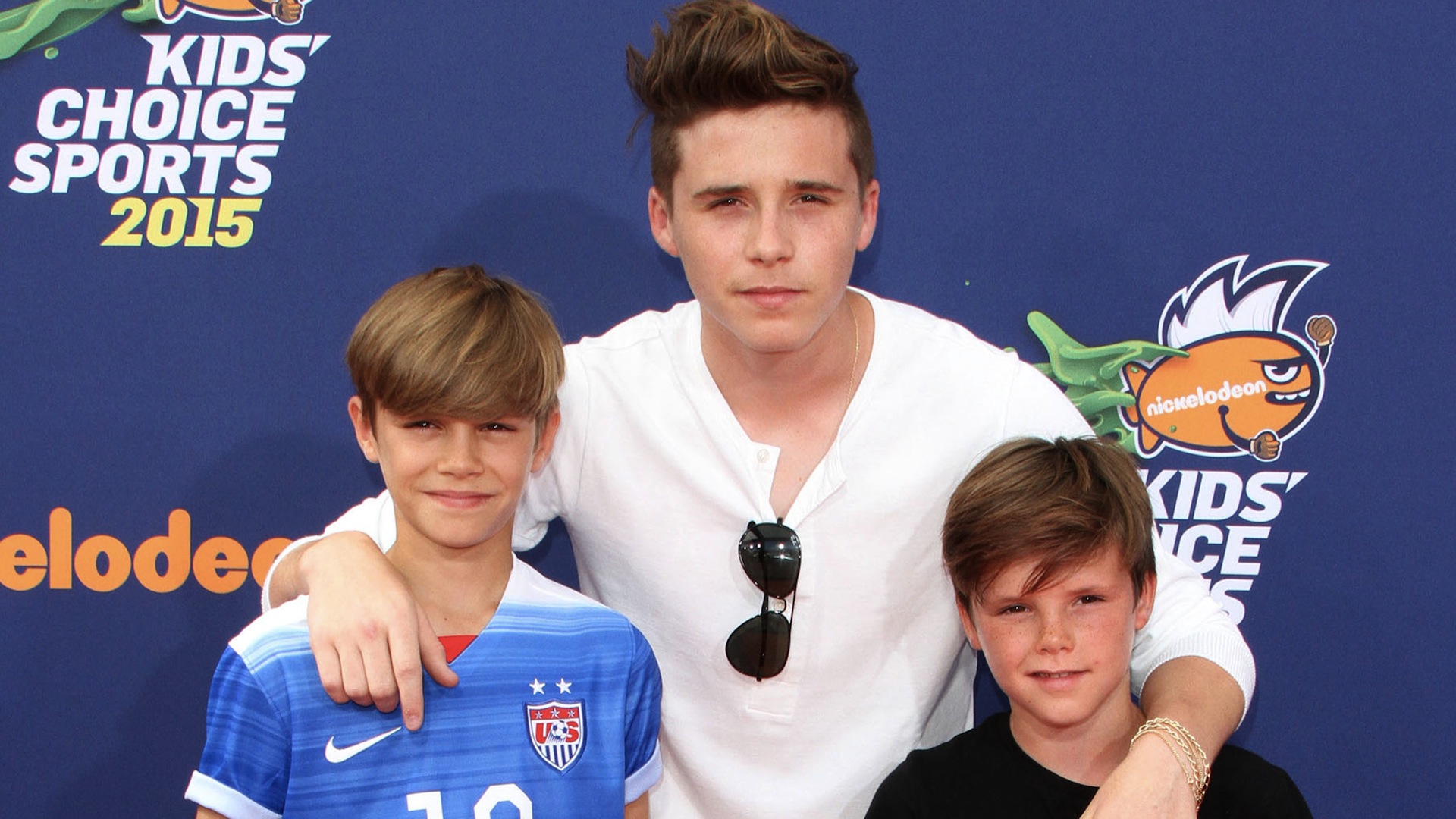 He’s the youngest brother in a family with four kids. Of course, Harper is the baby of the family, so that leaves Cruz in that awkward middle kid position — but you would never know it from his confident sense of self. He looks up to Brooklyn and Romeo and is always giving them a shout-out on his Instagram page.

He’s more than a soccer fan

David often shows up with his kids to every possible sporting event you can imagine. Of course, there were soccer matches to watch, but you’ll also find the Beckhams cheering on friends at Wimbledon, NBA games, and the Olympics. Cruz is always front and center snapping away on his smartphone camera.

He busts a move to his mom’s music

When your mom is Posh Spice, you better honor her pop culture icon status. Cruz did exactly that in 2008, in front of thousands of Spice Girls fans, by dropping a few break dancing moves. He proved he’s no wallflower — and it’s just the cutest thing to see.

Dad David may have played for the LA Galaxy, but Cruz appears partial to another famous LA sports franchise — and wears his fan-dom proudly.

Watch this cute birthday highlight reel with the sound on, because his parents captured Cruz singing!

And he plays the guitar

Before you go, click here to see celebrity kids who are all grown up.