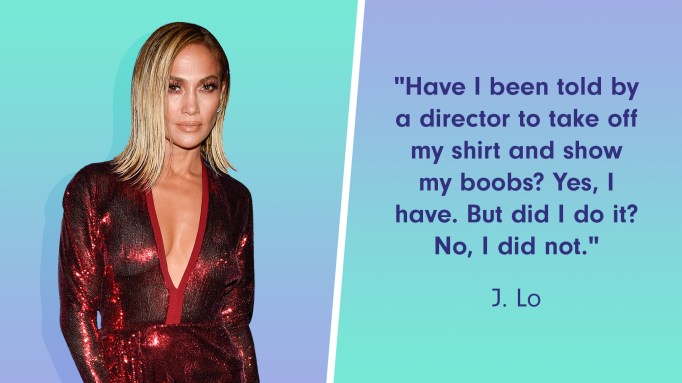 Jennifer Lopez may have recently bared it all for Hustlers, but make no mistake: J.Lo only takes her clothes off on her terms. In a 2018 interview with Harper’s Bazaar, she said this of her experiences in Hollywood: “I haven’t been abused in the way some women have. But have I been told by a director to take off my shirt and show my boobs? Yes, I have. But did I do it? No, I did not.”

“When I did speak up, I was terrified,” the star continued. “I remember my heart beating out of my chest, thinking, ‘What did I do? This man is hiring me!’ It was one of my first movies. But in my mind I knew the behavior wasn’t right. It could have gone either way for me. But I think ultimately the Bronx in me was like, ‘Nah, we’re not having it.’” 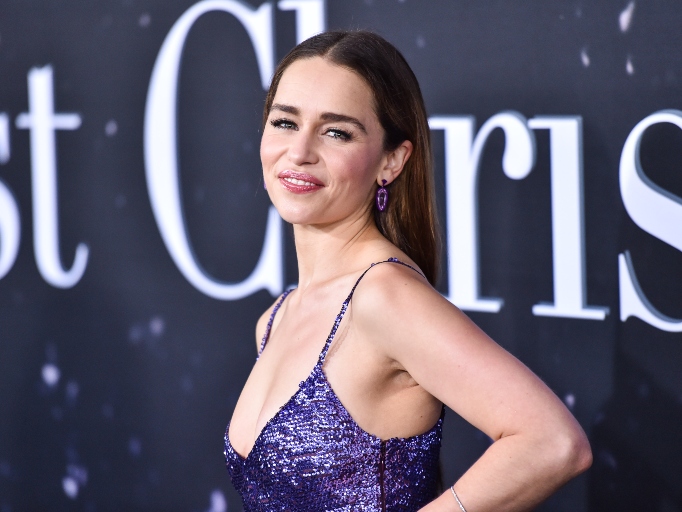 On an episode of podcast Armchair Expert with Dax Shepard, Emilia Clarke recounted the pressure to take her clothes off on early seasons of Game of Thrones. “I’m a lot more savvy [now] with what I’m comfortable with, and what I am okay with doing,” she told host Shepard. 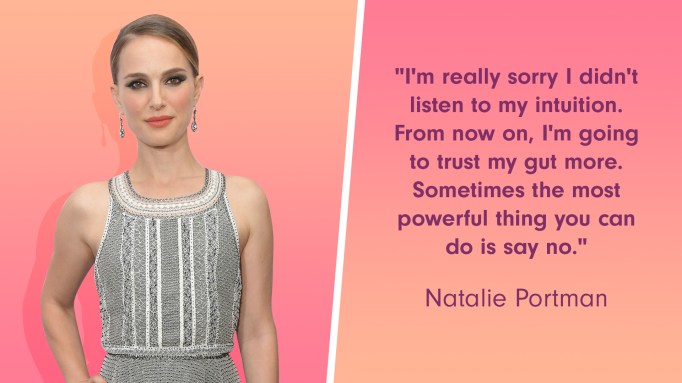 There’s been some confusion about which film exactly Natalie Portman was referring to with this quote — but in 2003, she said this to Parade Magazine: “I’m really sorry I didn’t listen to my intuition. From now on, I’m going to trust my gut more. Sometimes the most powerful thing you can do is say no.”

This was initially reported as referring to Portman’s nude scene in short film Hotel Chevalier — but a later correction suggests she was talking about a torture scene (also naked) in Goya’s Ghosts. 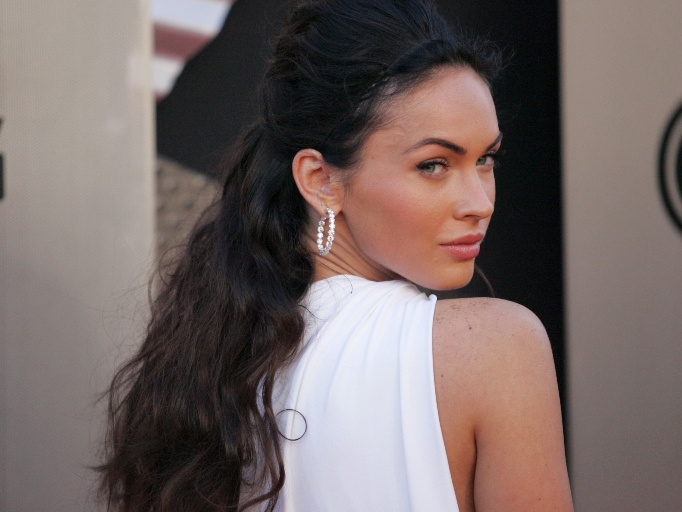 Megan Fox didn’t even have to get on set to realize this was going to be a no-go: “I was offered a project that’s coming out on HBO that centers around the life of a prostitute and it has very graphic sex scenes — things you would see in a pornographic film,” Fox told The Sun in 2016.

Per Fox’s assessment, no woman should be asked to do what the script entailed: “Those are things that are degrading to the woman who’s playing the character.” 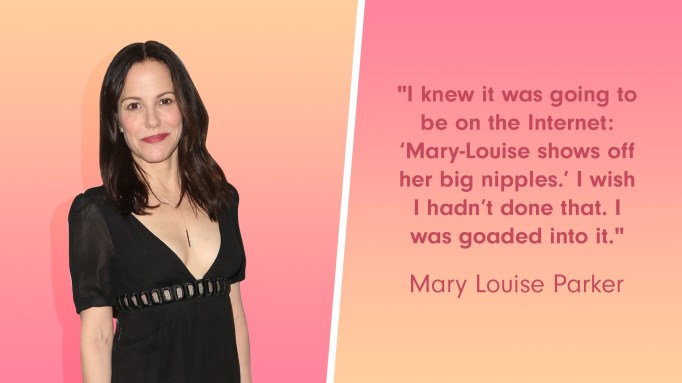 In 2009, Mary Louise Parker spoke to More Magazine about a scene in Weeds in which she’s sitting in a bathtub. “I didn’t think I needed to be naked, and I fought with the director about it, and now I’m bitter,” Parker told the outlet. “I knew it was going to be on the Internet: ‘Mary Louise shows off her big nipples.’ I wish I hadn’t done that. I was goaded into it.” 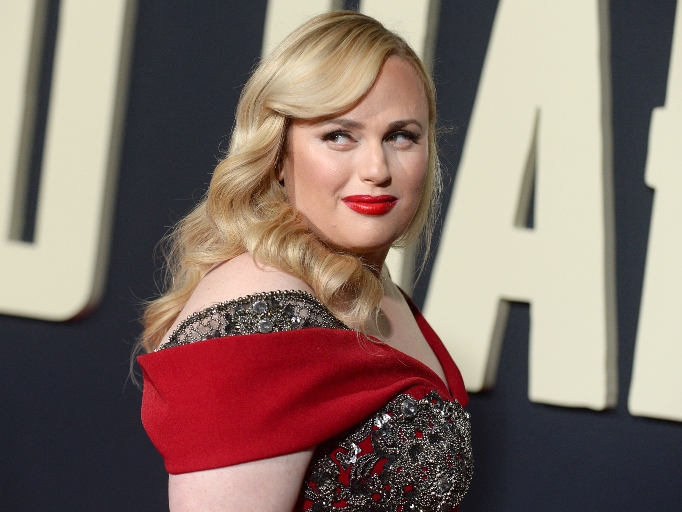 Rebel Wilson has a strict no-nudity clause — but that doesn’t mean people in Hollywood don’t try to get around it. “[Filming ‘The Brothers Grimsby’], they wanted full-frontal nudity,” Wilson told Marie Claire UK in 2016. “We write in the contract, specifically, ‘No nudity.’”

So, the production hired a nude double. But the pressure didn’t stop there: “They got in another girl — this larger burlesque dancer from South Africa — to be a nude double,” Wilson told the magazine. “And they got her to do all this stuff…Sacha [Baron Cohen] would go, ‘See, she looks good.’ I’m like, ‘I’m not doing it. I don’t care what you say.’”

Wilson concluded: “You want to know that the people [behind the camera] have a certain sensibility and decency. And a lot of times in comedy they’re not those people.” 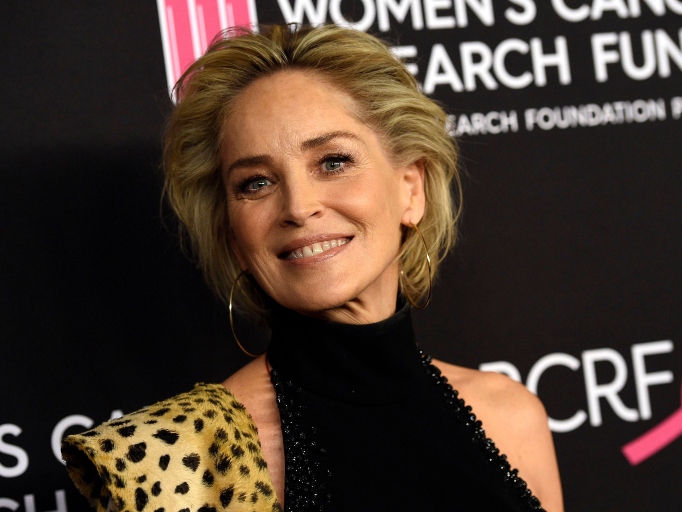 Everyone and their mother knows the scene in Basic Instinct, where Sharon Stone opens and closes her legs. But apparently, the backstory is a lot more sinister than we realized. “When we did it, it was going to be an innuendo and the director said, ‘We’re seeing the white of your underwear, I need you to take them off,’ Stone said on The Talk in 2014.

“And I’m like, ‘I don’t want you to see anything and he’s like, ‘No, no you’re not going to’ … So when I saw it in the theater, with a bunch of other people, I was like [in shock]. When the film ended I went in the booth and I slapped [the director] and I said, ‘You could have shown me this to me by myself.’” 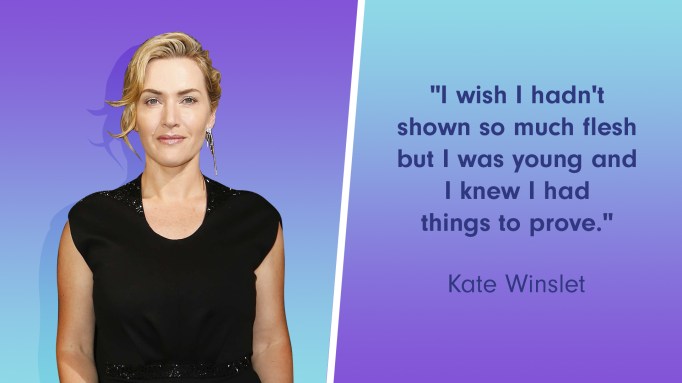 At a 2012 showing of Titanic (in 3-D, much to Kate Winslet’s distress), the film’s star talked to The Sun about the famous moments she stripped down for: that, ahem, steamy scene in the car with Leonardo DiCaprio, and of course, the scene where he sketches her nude.

“I’m not going to look. I’ll be in the bar by that point,” Winslet told The Sun. “I wish I hadn’t shown so much flesh but I was young and I knew I had things to prove.” 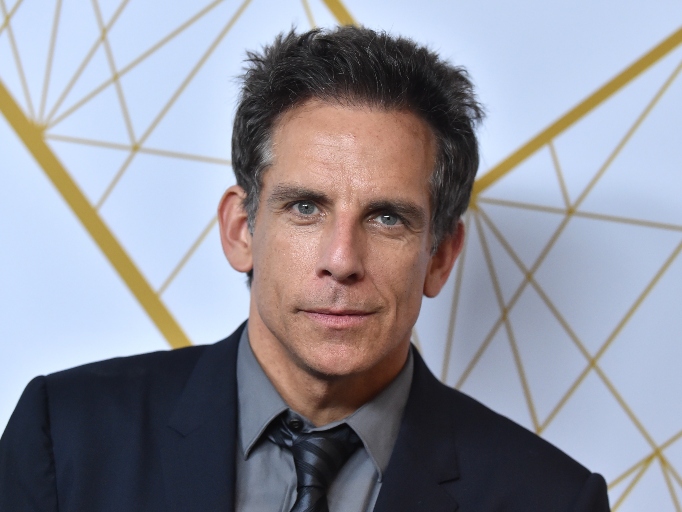 In 2004, superstar Ben Stiller stripped down below the waist for a scene in Along Came Polly — and later explained just how contentious that had been. “Director John Hamburg said he’d cut the scene if it didn’t get a laugh,” Stiller said. Obviously, that didn’t happen.

“Later, I discovered I could have had a bottom double,” the actor added. “But no one had bothered to tell me.” 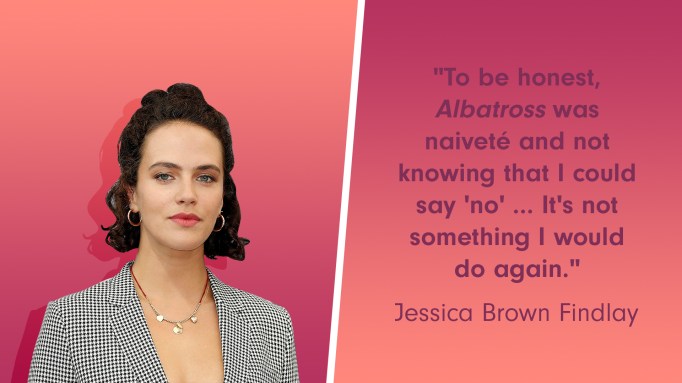 In 2013, Downton Abbey’s Jessica Brown Findlay talked to Radio Times about a scene from the movie Albatross, in which Findlay flashes her breasts at a liquor store.

“To be honest, Albatross was naiveté and not knowing that I could say ‘no’. I had no idea what was going to happen and thought I was going to be shot from behind. It’s not something I would do again.” 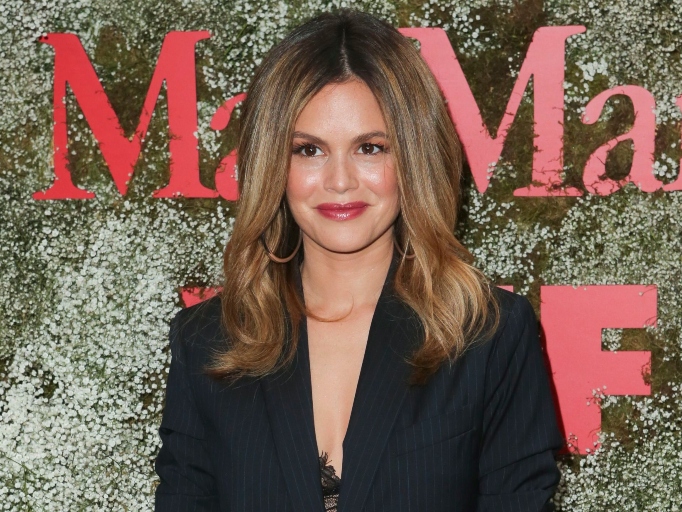 Rachel Bilson has a sex scene with Zach Braff in The Last Kiss that entails some nudity — and according to the O.C. star’s 2008 Playboy interview, she wasn’t too thrilled with it.

“Movies can be sexy or sexual without showing things,” Bilson told the outlet. “It’s almost a deal breaker. [The Last Kiss] was rated R, and they like to put in nudity wherever they can, but I’m pretty strong willed and believe it can be avoided.” 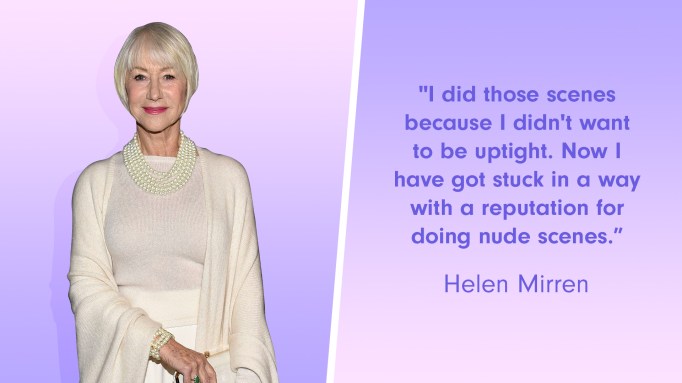 In 2006, Mirren was quoted as telling CBS News “I might seem uninhibited but believe me, I’m not. I’ve always had a problem doing nudity. In fact, I hated it.” This may have come as a surprise at the time, as Mirren had appeared nude in several films like Caligula, Calendar Girls, and The Roman Spring of Mrs. Stone.

“It has never been a comfortable thing. I’ve never enjoyed it. It’s always mortifying,” Mirren said of stripping down for those films. “I did those scenes because I didn’t want to be uptight. Now I have got stuck in a way with a reputation for doing nude scenes.” 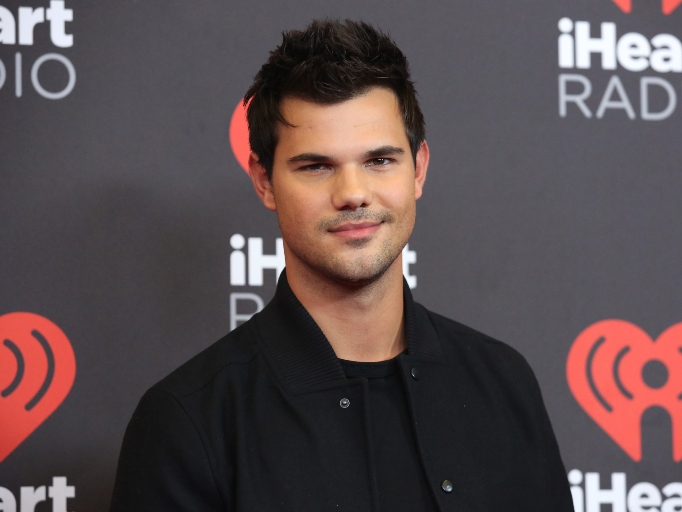 Taylor Lautner shot to fame for his role in the Twilight series — but his status as a heartthrob didn’t always make the actor happy. In 2009, he told Aceshowbiz.com that he worried all those shirtless shots were taking away from his performance.

“I worked hard to get in shape for this role,” Lautner admitted. “My motivation was the movie and the fans, but I don’t want to become known as just a body. If I had to choose, I would never take my shirt off again in a movie, but I guess that’s not very realistic. I certainly won’t be asking to do it, though.” 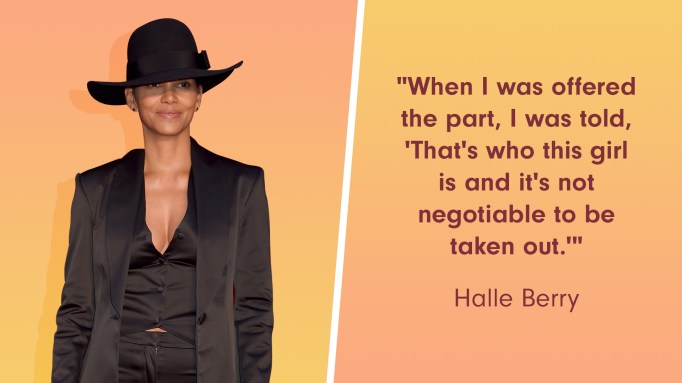 Halle Berry appeared topless in 2001’s Swordfish, and gave this interview to Cinema.com shortly thereafter: “I don’t think nudity is ever necessary. I think you can make every single movie and never show anything and it’s fine. I think it’s a choice you make.”

So, why did she do it? “It was a bold choice on my part,” Berry said. “But it was written in the script and when I was offered the part, I was told, ‘That’s who this girl is and it’s not negotiable to be taken out.’” 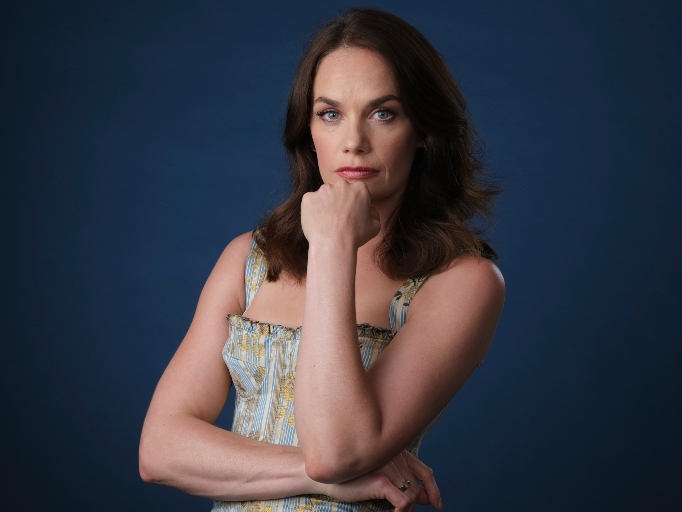 The Affair’s Ruth Wilson is hardly shy about taking her clothes off — but on her high-nudity show, she still notices a disparity in how men and women are treated. “I have a big concern about how women are treated in the industry generally, and how they have to provide the titillation because penises can’t be seen on screen but breasts can. It’s assumed that women will get their breasts out, and have to get their breasts out, and I balk at that. It’s unnecessary and it’s unfair,” she told The Edit in 2015.

“I [keep] insisting, ‘Why have I always got to do the orgasm face? There should be a male orgasm face. Why is it always the woman who’s orgasming?”