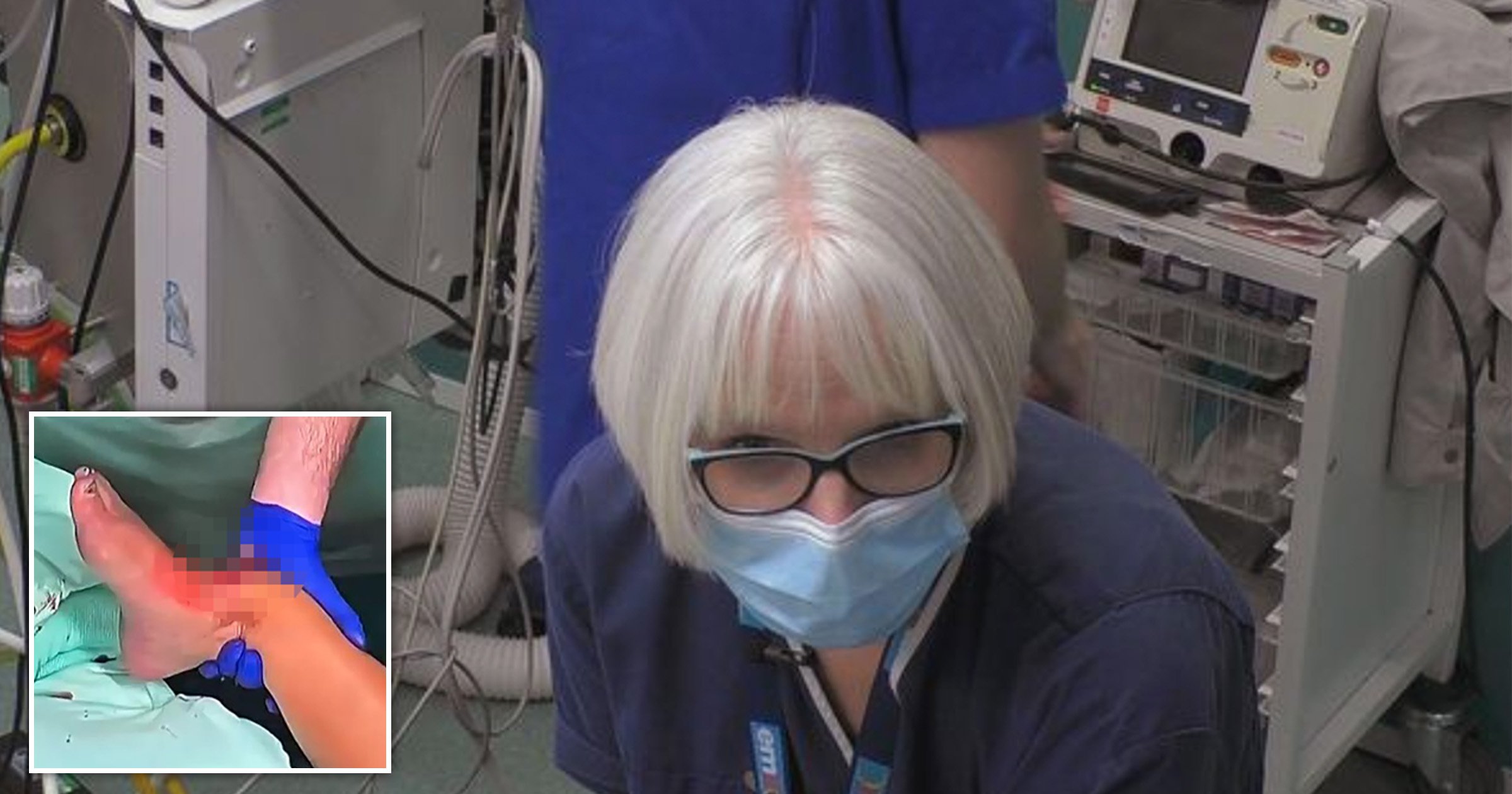 Channel 4’s 24 Hours In A&E viewers were left reaching for the sick bucket following Tuesday’s installment, as the episode kicked off with a patient who suffered a gruesome injury which resulted in her foot hanging off.

Kirsty, 45, was rushed to Queen’s Medical Centre in Nottingham after dislocating her ankle during a charity fun run.

While she was lying on the gurney, she declared: ‘Just need something to knock me out.’

One of the nurses doing her best to comfort her replied: ‘Kirsty, we’re going to move you and get you something strong for pain relief my darling.

The grim shot showed Kirsty’s bloody ankle hanging while she buried her head, trying to deal with the pain.

However, it all got too much for her which resulted in her ‘whacking’ nurse Anna in the face, while the medical team struggled on how they were going to move the patient.

Viewers expressed their shock by the horrifying scenes, with one of them hailing it ‘the worst thing’ they’ve seen on the show.

One viewer wrote: ‘That poor lass with the worst ankle fracture I’ve ever seen, and that my friends is why a fun run is never fun ! On another note I wonder how the nurse is? Because that was some punch she took to the face #24hrsAE 24 Hours In A&E.’

‘Omg I can watch surgery shows and all that jazz but that poor ladies foot straight hanging off on 24 hours in a and e was something else…,’ another added.