LONDON — C. Tangana, one of Spain’s biggest rap stars, two years ago hit “a little bit of a crisis.”

He was riding a wave of fame, known for provocative songs and equally provocative interviews. But he was fast approaching his 30s, he said in a recent Zoom interview, and risked becoming one of those “cringe-y, embarrassing” rappers who act a decade younger than they are.

So C. Tangana — real name Antón Álvarez Alfaro — did a U-turn and decided to try his hand at other styles of music that he had loved since childhood, like flamenco and rumba, even Spanish folk.

“I was opening a window I’d kept closed,” he said, adding, “I assumed it would go wrong.”

Álvarez’s experiment appears to have paid off. In February, he released “El Madrileño,” an album that mixes traditional Spanish and Latin American styles, including rock, with electronic sounds and beats more familiar to his trap and reggaeton fans. It’s turned him from Spain’s biggest rapper into one of its biggest pop stars.

One of the album’s early tracks, “Tú Me Dejaste De Querer” (“You Stopped Loving Me”), has over 100 million views on YouTube.

“You can listen to his music anytime, in any shop” Pablo Gil, a music journalist at El Mundo, a Spanish daily newspaper, said in a telephone interview.

Some of the musical styles it features were last popular in Spain in the 1970s, when the country was under Franco’s dictatorship, Gil added. Álvarez, he said, was taking old-fashioned sounds, “subverting their meaning and making them modern.”

In a review for the newspaper El País, the music critic Carlos Marcos wrote, “It remains to be seen whether this is the birth of a new Spanish pop, or something that we will forget in a few years.”

“But who cares?” he added. “Let’s enjoy it today, and we’ll see tomorrow.”

On YouTube, C. Tangana’s videos now attract comments from older music fans who would presumably never have gone near his records before. “I thought the music my son listened to was for landfill,” wrote Felix Guinnot, who said he was in his 50s, “but this boy is changing my musical perception.” 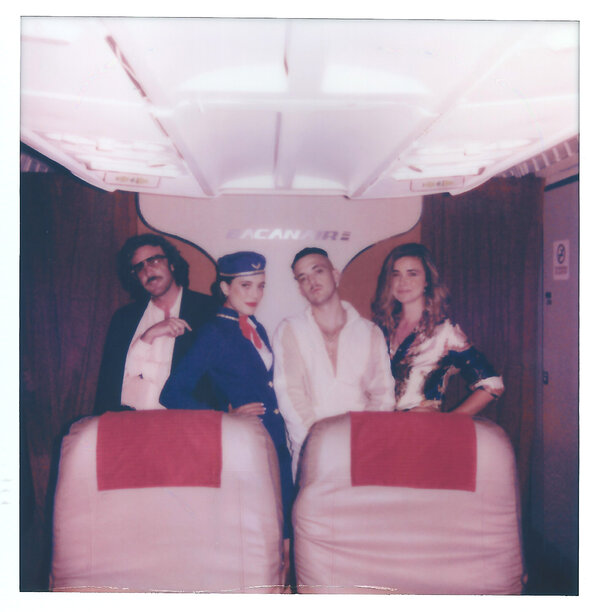 Álvarez’s road to fame has been winding, with multiple changes of name to reflect new musical personas. Born in Madrid, he started rapping in his teens, he said, but twice gave up on music entirely. When the 2008 global financial crisis hit Spain particularly hard — its lingering effects are still felt by the country’s youth — he stopped rapping to work in a fast-food restaurant. Later, he got a job in a call center selling cellphones.

He started rapping again after falling in love with a colleague. It was a toxic relationship, Álvarez said, but it inspired him to get back into the studio. “I said, ‘It must be possible for me to make money doing this rather than selling phones or cleaning,’” he recalled. “It changed my whole mentality. I started to think I had to sell myself. I started to do things to get attention.”

In 2017, Álvarez had his first major hit with “Mala Mujer,” a track about his longing for a “bad woman” whose “gel nails have left scars all over my body.” But he was soon known more for his relationship with Rosalía, a Spanish pop star (he co-wrote much of “El Mal Querer,” or “Bad Love,” her breakthrough album, although they have since broken up) and for getting into political controversies.

Álvarez used a derogatory term to refer to King Felipe VI at a 2018 news conference after being asked about the fate of another rapper who had been given a jail term for insulting the royal family. He also described the monarchy as “a robbery” and called for an end to “representative democracy,” arguing that it prevented the public from being directly involved in important decisions.

The next year, the northern Spanish city of Bilbao threw C. Tangana off a concert lineup, saying that his lyrics were degrading to women.

More recently, he called for people to reclaim Spain’s flag from fascists, a potentially contentious endorsement in a country where some associate it with Franco’s dictatorship.

Ana Iris Simón, a music journalist and author who has written about the reaction to “El Madrileño,” praised Álvarez’s outspoken nature. “He’s not afraid of getting involved or giving his opinion,” she said in an email.

Some critics still accuse him of being overly macho, Simón said. They point out that only one of the new album’s 15 guests is a woman (La Húngara, a flamenco singer). But Simón said those comments were out of touch with how Spaniards viewed him. “Public opinion and published opinion have never been as far apart as they are now,” she noted.

The new album also plays to Spain’s class divides, Simón said. It involves artists and musical styles “reviled by the cool cultural scene for years for being music typical of the common people,” she said. Álvarez uses those styles without irony, Iris added, instead embracing them as would an heir.

Álvarez said his choice of collaborators — who include the Gypsy Kings, the flamenco band that was hugely popular in the 1980s; Ed Maverick, a “Mexican folk romantic”; and Jorge Drexler, a Uruguayan singer-songwriter — was driven by his love of artists who’ve taken their own distinct musical paths. But he also hoped the collaborations with Latin American musicians might change some Spaniards’ view of the region.

“In Spain, we have this problem that a lot of people still have this colonial mentality,” Álvarez said. “They think that our culture is better than their culture, and that’s so stupid.”

During the interview, Álvarez said he was overjoyed that his experiment had paid off. He talked a lot about the joy of being seen as a good songwriter. But he seemed happiest when asked about the album’s impact on one specific person. His mother had “always been super proud” of him, he said, “but now she can sing my songs.”

Comments on his YouTube tracks suggest that is mother is not the only member of another generation doing that. Antonio Remacha, in Madrid, wrote a long message beneath one track saying that his daughter had forced him to listen to the record against his better judgment, but that he had loved it.

“I have to admit that at 62 years of age, he’s managed to impress me,” Remacha wrote of Álvarez, before politely and formally signing off: “Congratulations and all of my praise.”