This article is part of our latest special report on Museums, which focuses on reopening, reinvention and resilience.

On a bucolic campus in Bloomfield Hills, Mich., about 20 miles outside Detroit, the Cranbrook Academy of Art began in 1932 with a fairly radical proposition. Rather than offer a curriculum taught by academics, it put working artists, architects and designers in residence together with studio resources and let its students find their own way in a close-knit creative community.

Although it is akin to other early-20th-century experiments in modernism, like the Bauhaus in Germany and Black Mountain College in North Carolina, Cranbrook — which started offering Master of Fine Arts degrees in 1942 — is the sole survivor of these utopian schools. Across the country, it has broadly influenced graduate and undergraduate art programs, which are now dominated by studio courses and peer critiques.

“It’s really a professional-practice orientation — here’s a studio for you, and now you must make,” said Andrew Blauvelt, director of the Cranbrook Art Museum, also part of the 320-acre campus. He has done a deep dive into the school’s history in the exhibition “With Eyes Opened: Cranbrook Academy of Art Since 1932,” scheduled to go on view there June 18. Including about 275 works by more than 220 alumni and faculty members, it underscores Cranbrook’s interdisciplinary spirit by mixing works from various periods and by artists from the departments of architecture, ceramics, design, fiber, metals, painting, photography, printmaking and sculpture. 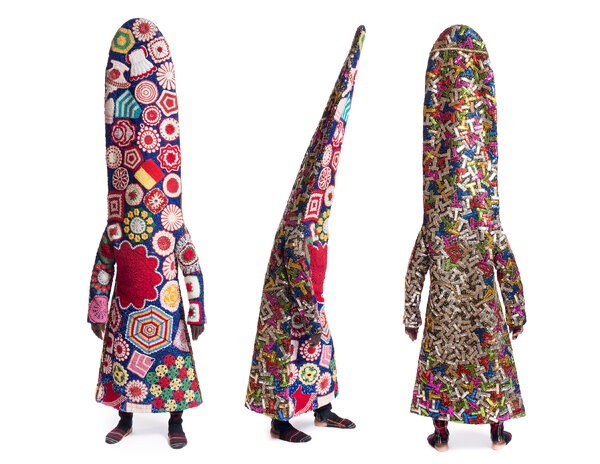 Mr. Blauvelt, who is Japanese-American, attended Cranbrook as a design student in the late 1980s with the acclaimed multidisciplinary Black artist Nick Cave. At the time, they were among the few minority artists in residence, and Mr. Blauvelt has focused particularly on recovering some of the lesser-known stories of artists of color who have been through Cranbrook.

“There weren’t many,” said Mr. Blauvelt, who has included works by the sculptor Carroll Harris Simms, the first Black artist to receive a degree at Cranbrook, in 1950, and by the portrait painter Artis Lane, the first Black woman to attend, in 1951. With a maximum of 150 graduate students on the campus, which is cocooned within a wealthy suburb, “the experience itself is already kind of isolating,” he said.

The Finnish architect Eliel Saarinen, the academy’s first president, who designed and built the Cranbrook campus, is among the artists most often identified with the institution. (The grounds also include private schools for students in kindergarten through high school.) In the first gallery of “With Eyes Opened,” called Architecture of the Interior, Saarinen will be represented alongside the designers Charles and Ray Eames (who met at Cranbrook), Florence Knoll, Harry Bertoia and Eliel’s son, Eero Saarinen, who all made early experiments in furniture that have become classics of midcentury modernism.

Interspersed in this first gallery will also be works by unexpected artists such as Urban Jupena, a 1970 graduate of the fiber department, who integrated a sofa and a table into a hairy woolen landscape, and Jay Sae Jung Oh, a 2011 graduate in 3-D design, who collaged discarded plastic objects into a wildly shaped chair that is entirely hand-wound in jupe fiber.

Another gallery, called Salon Abstraction, will include paintings by José Joya, from the Philippines, and Wook-Kyung Choi, from Korea, who each created innovations within Abstract Expressionism at Cranbrook in the ’50s and ’60s.

“These figures came to Cranbrook on international study and returned to their homelands at some point and influenced the culture there,” Mr. Blauvelt said. McArthur Binion, the first Black artist to receive his Master of Fine Arts degree in painting at Cranbrook, will be represented here by an abstract work in melted crayon on aluminum panel from his 1973 degree show.

In the Sculpture Court gallery, one of Mr. Cave’s colorful Soundsuits — a figural sheath that can be worn in performances — will be juxtaposed with Duane Hanson’s lifelike sculpture of a ’70s-era high school student and an early torso by Marshall Fredericks (who went on to make the “Spirit of Detroit” sculpture downtown in 1958). The importance of craft at Cranbrook will be underscored with large-scale fiber pieces by Sonya Clark and Olga de Amaral, sculptural ceramic work by Toshiko Takaezu and earrings rooted in hip-hop culture and scaled to monumental proportions by the interdisciplinary artist Tiff Massey.

For Ms. Massey, a Detroit native who came to the school as a jeweler and got her degree in 2011, the cross-pollination at Cranbrook made her realize “I could make any and everything, I had no limitations,” she said. The first Black woman to graduate from the metalsmithing department, she found the environment could also be alienating. “Both years, I was the only Black woman on campus, besides administration and janitorial,” she said.

Recognizing the importance of diversifying the students and faculty further, Jennifer Gilbert, chairwoman of the Cranbrook academy and museum board, and her husband, Dan Gilbert, founder and chairman of Quicken Loans (who has helped revitalize downtown Detroit), have given $30 million to the school this spring. It will go toward 20 full-tuition fellowships for students of color, as well as to endow the initiative in perpetuity, provide relief for the existing scholarship fund and bring in artists of color as visiting faculty over the next five years.

The high cost of top-ranked American art schools — Cranbrook’s tuition, about $78,000 for the two-year program, is not even the most expensive — has made access an issue nationwide.

“I have spent several years listening to the needs of the institution,” Ms. Gilbert said. “We hope to create lasting mechanisms that promote a more inclusive community.”

As more graduates of Cranbrook are staying in — or returning to — Detroit as a relatively affordable place to work, with a vibrant, growing art scene, some have begun local initiatives to help young Black artists. These efforts could create a pipeline to Cranbrook and other schools like it.

Ms. Massey, 39, has bought a 30,000-square-foot site in Detroit, where, with the help of a grant from the Kresge Foundation, she is starting a nonprofit called Blackbrook for the youth in her neighborhood. “As far as I know, there’s no metalsmithing, there’s no workshop, there’s no welding for high school kids in the city,” she said. “A foundation has to be set.” She is planning a festival this summer to activate her site.

In 2019 Mr. Binion, now 74, leveraged his own career success to start and finance the Modern Ancient Brown Foundation. Through various grants and programs, it supports young artists of color in Detroit, where he grew up. Long based in Chicago, this painter will be spending significant time in Detroit, beginning this year, to teach undergraduates from local universities and help young artists get their start.

“We’re going to have a lot of undergraduate artists coming out of our seminar program at the foundation who would be great candidates for admission” at Cranbrook, Mr. Binion said. “I am coming back to Detroit because artists of color need to be leading these conversations and shepherding entrance for younger artists so they can gain access to larger opportunities.”