Adele continues to keep it real! The 34-year-old singer has always been an open book when it comes to her personal life and she’s keeping with that tradition in her Weekends with Adele residency in Las Vegas.

On Friday, Dec. 9 she revealed some intimate details about her former marriage to Simon Konecki. (See the video HERE.) After sharing that she “started having therapy again” after a few years off, she added, in a Twitter clip captured by a fan, “Before, obviously, when I was going through my divorce, I was basically having five therapy sessions a day.” Adele was honest about her therapy journey and why she needed to continue healing herself.

“But I stopped holding myself accountable for my own behavior and the things I would say,” she continued. “But now I am doing it because I just want to make sure I’m topping myself up every week to make sure I can give you everything. And my whole therapy session this week was really interesting, it was about these shows.”

This isn’t the first time Adele has been refreshingly honest about her divorce from Konecki and how it affected her personally. In a British Vogue interview, she talked about how raw some of her songs were on her 30 album. “The chorus is like… with receipts!” she shared. “Can you imagine couples listening to it in the car? It’d be so awkward. I think a lot of women are going to be like, ‘I’m done.’” Now that she’s dating sports agent Rich Paul, Adele is makings sure she doesn’t repeat the past mistakes she made with her ex, whom she still counts as a good friend. By keeping herself on track, she’s not only helping her current relationship, but also herself.

Before you go, click here to learn more about celebrities who’ve opened up about dating after divorce. 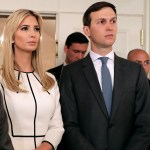