The following report compiles all significant security incidents confirmed by New York Times reporters throughout Afghanistan from the past seven days. It is necessarily incomplete as many local officials refuse to confirm casualty information. The report includes government claims of insurgent casualty figures, but in most cases these cannot be independently verified by The Times. Similarly, the reports do not include Taliban claims for their attacks on the government unless they can be verified. Both sides routinely inflate casualty totals for their opponents.

At least 16 pro-government forces and 14 civilians were killed in Afghanistan during the past week. There was a notable decrease in attacks compared to the near-constant violence breaking out across the country in recent months, possibly because of Ramadan. Heavy rains in various parts of the country have also limited insurgents’ mobility. On Wednesday, a massive Taliban attack was thwarted by security forces in Ghazni Province. Afghan forces stopped a Humvee that was laden with explosives and heading toward government buildings in the provincial capital. The explosion that resulted from security forces striking the Humvee with a rocket killed two civilians and two police officers.

A motorcycle was hit by a roadside bomb in the Dar-e-Afghani area of Nejrab District, killing one child, two women and a man. The bomb was planted by the Taliban to target security forces.

The Taliban killed two security guards of a former member of Afghan parliament in Milan Bazaar area of Gardez City, the provincial capital. The Taliban then seized the guards’ weapons.

The Taliban killed two soldiers in a bazaar in Shir Khan Port, a border pass between Afghanistan and Tajikistan, in Imam Sahib District. Insurgents then seized the soldiers’ weapons.

Three police officers were killed and three others were wounded in a Taliban attack on a police checkpoint in the Seventh Police District in Kabul City. Officials claimed that two attackers were killed by security forces.

At least three civilians were killed and eight others were wounded during a military raid by Afghan and American forces in Nahriseraj District.

May 19 Herat Province: an Iranian citizen and a police officer killed

May 19 Kandahar Province: one member of the special forces killed

Two gunmen shot and killed a member of the Afghan special forces in Kandahar City, the provincial capital.

The Taliban attacked a police outpost in Washir District, where the district’s deputy police chief rushed in with reinforcements for backup, but his vehicle was hit by a roadside bomb, which killed him and his bodyguard and wounded two other police officers. Local authorities claimed that four Taliban fighters were killed during the clashes.

A bomb placed on a motorcycle went off in a market in Aobe District, killing three people and wounding 20 others, including Rahmuddin Sarwarzai, the district governor of Aobe. Children were also among those killed and wounded.

The Taliban attacked a security outpost in the village of Urozgani in Chimtal District, where insurgents retreated after the arrival of reinforcements. As they were fleeing the area, insurgents fired a rocket that hit a Humvee, killing two police officers and wounding two others.

At least one member of a pro-government militia was killed in apparent insider attack in the village of Kolbaqal in Aqcha District. The attacker took weapons from the outpost and joined insurgency.

May 17 Kabul Province: one civilian killed

An explosive attached to a government vehicle exploded in Kabul City’s Ninth Police District, killing one civilian and wounding another. 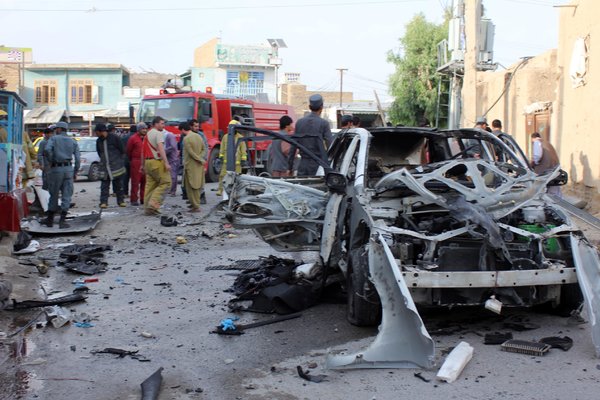 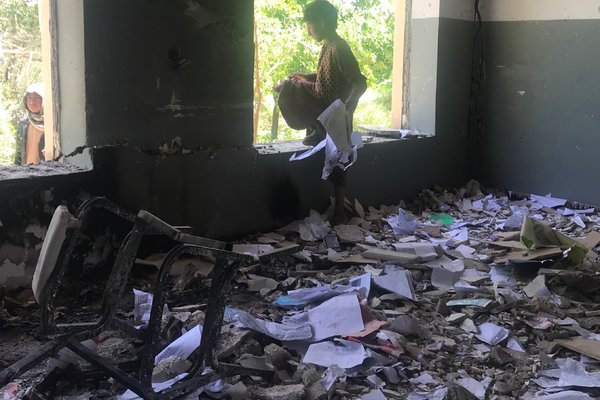 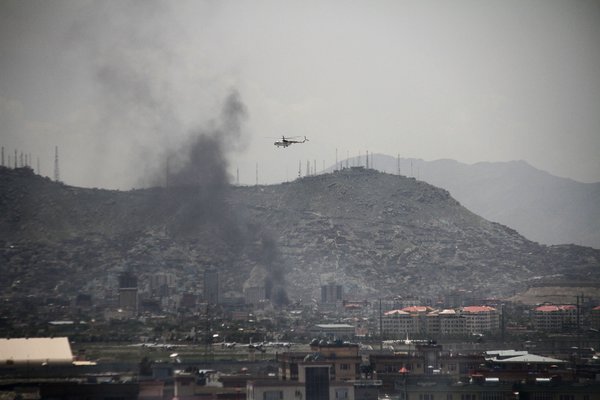