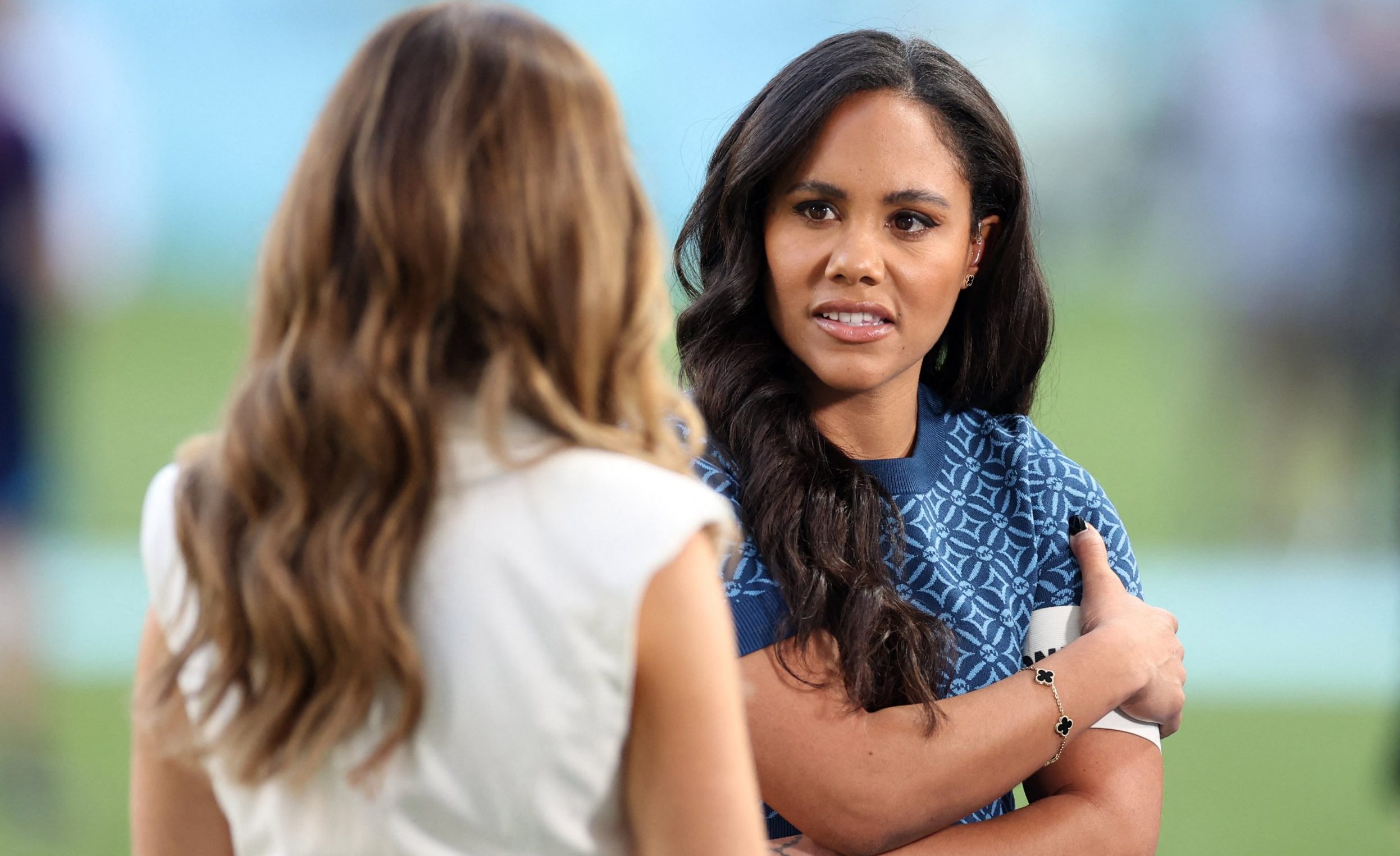 Alex Scott has had a slap on the wrist from the BBC after breaking rules by promoting a clothing brand on Instagram while marking her time at the World Cup 2022 in Qatar.

The television presenter, 38, is among the experts covering the international tournament, which concludes on Sunday, along with the likes of Ian Wright and Rio Ferdinand.

Reflecting on her time away, Alex posted a series of photos of herself looking glamourous in the studio, including a snap of her dressed in an orange Reiss suit and heels.

The former footballer, who is an ambassador for the clothing brand, tagged the business in her post while also mentioning the BBC in the caption, going against their commercial rules.

However, Alex has since edited her post to remove the reference to Reiss, with a BBC spokesman saying: ‘We have spoken with Alex, who has removed the tag and will not be repeating this.’

The BBC stipulates that any advertising that features a programme presenter or occasional magazines or website contributor should be clearly separated from their editorial contribution.

In August, fellow BBC star Paddy McGuinness was reprimanded after he too accidentally broke advertising guidelines by posting an ad campaign for a clothing brand.

The Top Gear host was told to edit the phrasing of a promotion for the outdoor range RevolutionRace, which he had posted on his Instagram page, after making the honest mistake.

‘The words “test driving” have now been removed to bring it into line with the editorial guidelines,’ a BBC spokesperson told Metro.co.uk at the time.

No further action was taken against Paddy and his presenting role was unaffected.