Is Angelina Jolie dabbling in the music business, or could this be something more? After the actress’ recent dinner date with singer The Weeknd, fans definitely have a lot of questions — namely how these two superstars even know one another. The Maleficent actress and Grammy-winning artist, born Abel Tesfaye, were spotted dinning out at Giorgio Baldi in West Hollywood on June 30. The two left the restaurant separately, per Page Six, but reportedly spent “hours” together inside the venue. 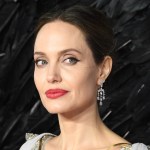 “They’re clearly not trying to hide [the dinner date],” a source close to the “Blinding Lights” singer told the outlet. “He’s definitely focused on getting to the movie business. He has the new HBO series he’s starring in,” they continued, referencing The Weeknd’s upcoming project The Idol, which he is also co-writing in a collaborative effort with Euphoria creator Sam Levinson.

The series follows a pop star who also happens to be a secret cult leader, per Variety. It sounds like a fairly tall task for The Weeknd, whose biggest film role to date came with 2019’s critically acclaimed Uncut Gems, in which The Weeknd played an iteration of himself in the Adam Sandler vehicle. So, who better to get advice from than Oscar winner Angelina Jolie! While the dinner date between the “Save Your Tears” singer and the mom of six may have been strictly business, some still can’t help but speculate about Jolie and The Weeknd’s connection.

After all, Jolie was recently spotted meeting up in New York City with ex-husband Jonny Lee Miller. The two were first seen getting together in mid-June. Just four days later, Jolie returned to Miller’s NYC digs with 17-year-old son Pax. Jolie and Miller were married from 1996 until their divorce in 1999, and Jolie’s recent return had us wondering whether she might be dipping her toe into the ex pond à la J-Lo. As for The Weeknd, the singer’s dating life has remained fairly low-key following highly publicized romances with Selena Gomez and model Bella Hadid.

Whether there’s something more to Jolie and The Weeknd’s relationship or it’s merely platonic, we’re surely looking forward to seeing what comes of their connection after this get together.

Before you go, click here to see celebrity couples who famously broke up and got back together.