By the late 1980s, Arnold Schwarzenegger had solidified himself as one of the biggest action stars in Hollywood with movies like “Conan the Barbarian,” “The Terminator,” “Commando,” “Predator,” and “The Running Man.” But it was his first crack at comedy with 1988’s “Twins” that scored him his first $100 million movie at the US box office.

And he didn’t take a salary so he could be in it.

While promoting the announcement of his next starring effort — voicing the lead in the animated series “Stan Lee’s Superhero Kindergarten,” which marks Lee’s final project he created before his death and Schwarzenegger’s first time starring in an animated show — the actor recalled how difficult it was to convince Hollywood to let him do anything other than action movies when he was becoming a superstar.

“They were like, ‘No, we know we are going to make money with you if you do action movies,'”he told Business Insider. So Schwarzenegger decided to take a drastic step.

“Literally for ‘Twins’ I took no salary — I just wanted to give it a shot,” he said, talking about the classic comedy in which he and Danny DeVito play twins separated at birth who reunite as adults, both living very different lives. “And it just happened to be my first movie to make $100 million domestic. So they realized that it works, Schwarzenegger can cross over.” 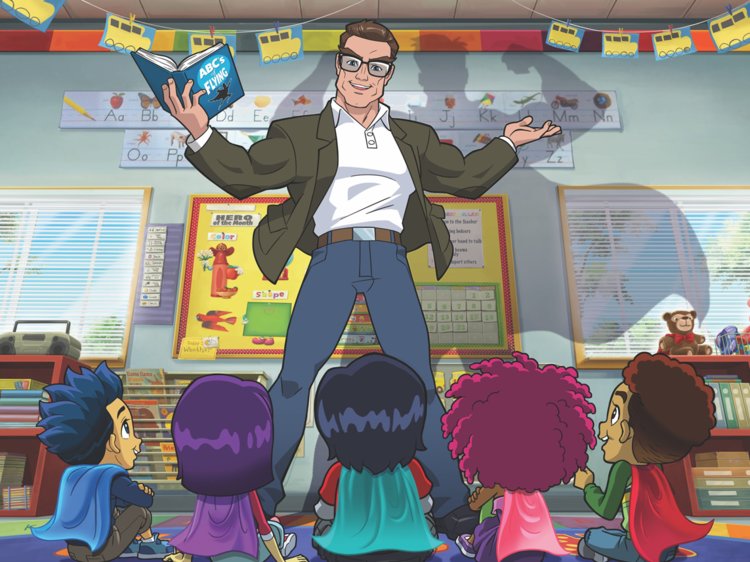 Arnold Schwarzenegger will voice the lead character in “Stan Lee’s Superhero Kindergarten.”Genius Brands InternationalIt’s likely Schwarzenegger had a back-end deal on the movie, so he probably made out well despite passing on a salary (“Twins” made $111.9 million domestically, which in today’s ticket sales would be $250.6 million). And the success led to him making “Kindergarten Cop” two years later, which also became a comedy classic.

Despite the fact that some comedies Schwarzenegger made after, like “Jingle All the Way” and “Junior,” were not as well received, he said he never lost interest in doing lighthearted fare, and that led to him and Lee teaming up.

Read more: AMC Theatres now has over 50 million people using its Stubs program thanks to free benefits and a movie-ticket subscription

“We would get together every so often and talk about ideas and projects,” Schwarzenegger said. “And he asked me, ‘What is your ultimate dream project?’ And I said beside doing more ‘Conan’ and ‘Terminator’ movies, the movie that I always wanted to do a sequel of was ‘Kindergarten Cop.’ And he said that he loved that movie. I told him I would love to do more shows for the kids.”

“Superhero Kindergarten” is what came out of those talks. Schwarzenegger will play a former superhero named Arnold Armstrong who is now a kindergarten teacher tasked with teaching kids with newly discovered superpowers how to use them for good.