With the coronavirus still spreading, many choirs are gathering only online. But one London group is cautiously attempting a way forward. 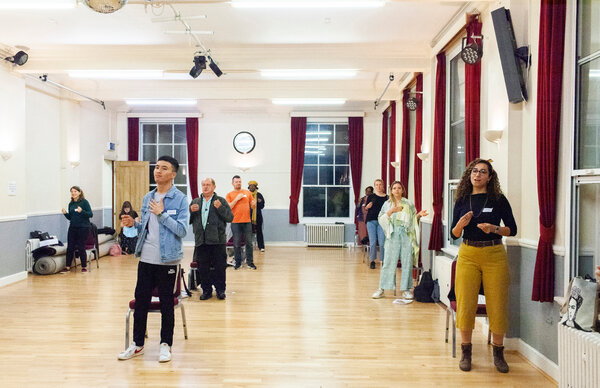 LONDON — On Wednesday night in a community hall here, Matilda James kick-started a rehearsal of the Citizens of the World Choir with an unusual instruction. “Can we really keep our voices down?” she said. “We don’t need to be louder than when we talk.”

Her plea — in line with findings by British scientists indicating that singing poses no more risk of spreading the coronavirus than talking, if done at the same volume — initially seemed to work. But about 20 minutes in, while practicing a jaunty Zulu folk song, the 14 members were clapping along and swaying side-to-side. Their voices grew louder and louder, ending in a joyful, full-voiced harmony.

“It’s really hard not to sing that one loud,” said Meg Brookes, the pianist.

Such measures are being adopted by choirs across the world as they return to in-person rehearsals amid a still-spreading coronavirus pandemic — a significant challenge after early outbreaks linked to choirs in countries including Britain, Germany, the Netherlands, South Korea and the United States suggested that collective singing might be one of the last cultural activities allowed to resume. 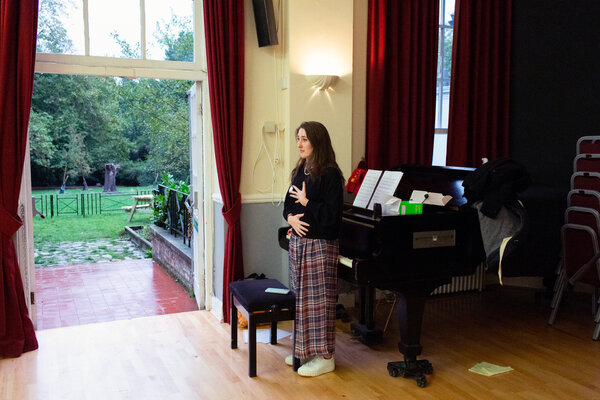 The risks remain. Earlier this week, the entire choir of the Czech Republic’s National Theater was quarantined after 10 members tested positive for the coronavirus, a spokeswoman said.

But since the spring, scientists around the world have conducted experiments with singers to work out the dangers and make recommendations, including shorter rehearsal sessions.

In the United States, a group of over 120 performing arts groups commissioned a study by scientists from the University of Colorado Boulder and University of Maryland. Last month, they published preliminary results indicating that because aerosols are released by singing, choir participants should wear masks, stand six feet apart and rehearse for no more than 30 minutes at a time.

Beyonce Covers ‘British Vogue’ with Three Epic Images, Talks About How 2020 Changed Her

Do U Like CANDLES????
We and our partners use cookies on this site to improve our service, perform analytics, personalize advertising, measure advertising performance, and remember website preferences.Ok