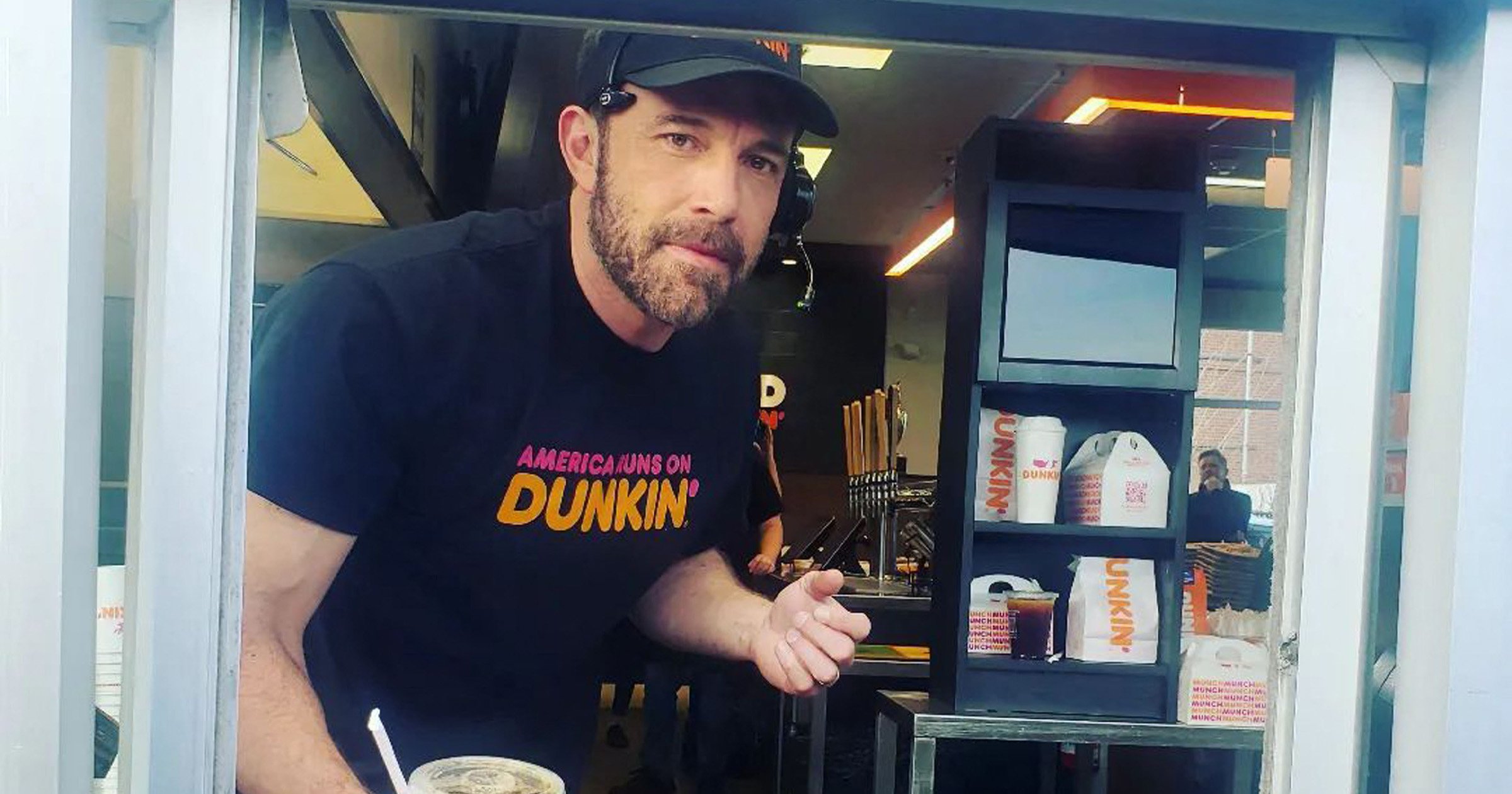 Ben Affleck left Dunkin’ Donuts drive-through customers shocked after he became an employee for the day at a US branch of the coffee chain.

The 50-year-old Oscar winner spent Tuesday morning handing out donut and coffee orders to eager customers at the popular spot.

Sneaking a bite here and there for himself, Ben was captured snacking on the famous pastries while dressed in an America Runs on Dunkin’ t-shirt under a black coat.

J’Lo’s husband was also seen packaging up coffee cups and an assortment of treats for first responders at a local fire station.

The father-of-three handed out iced drinks and chatted with staff in the Medford unit that was located around five miles from his hometown of Cambridge, Massachusetts – all the while being followed by a camera crew.

Reportedly filming an advert for the much-loved American brand, the star was said to have been ‘heavily involved in the commercial as he pitched the script, is directing and starring in it.’

A source told ET: ‘Ben has loved Dunkin’ for years and this partnership couldn’t be more perfect.

‘He’s been very hands-on with the whole process and is excited for everyone to see.’

The actor’s enthusiasm for the project was further noted by another insider: ‘Ben is excited about it and has been very into the campaign and commercial.

‘Ben is really funny and charismatic. He has been making everyone laugh on set.’

Spouse Jennifer is supposedly a big fan of Ben’s latest edeavour and is said to have thought the project is ‘awesome and has been so supportive.’

During the commercial filming, the Deep Water actor reportedly comped all customers’ drinks.

A customer served by the star on the day relayed her shock at locking eyes with the famous face.

Lisa Mackay explained to the outlet that she was ‘surprised and nervous when’ Ben leaned out of the window and asked for her order.

‘I handed him a $10 and he threw it right back at me and handed me my iced coffee,’ she said.

‘He was super nice, very funny, and handsome, of course.

When he was done for the day, the Hollywood star was supposedly seen inside the chain with his megastar wife, 53, as she wrapped her arms around him at the register.

Ben has a long-standing love affair with the donut chain and has been regularly pictured leaning on the comfort food in times of need.

During his break-up with Ana de Armas, the star was snapped grabbing his branded coffee delivery from his doorstep as he stock-piled the Dunkin’ goods.