If you make a limited series television show and wrap its finale in a decent bow, but then rabid enthusiasm for the show leads you to make a second season — yet you feel pretty certain you absolutely will not make a third season — well, then the penultimate episode of the actual last season is the perfect place to drop a monster cliffhanger. And “Big Little Lies” brought it.

But let’s get to that in a minute.

The entirety of Season 2 has been under a hurricane warning, and that storm is Hurricane Mary Louise. In Episode 6, we’re hit with some realizations that feel like lightning strikes: Mary Louise has been combing interview footage of Celeste alongside Detective Quinlan. (Boom!) She’s been having Celeste followed. (Crash!) She knows about Jane’s gun. (Kapow!) And she correctly suspects her intentions with that gun. (Kablooie!)

The eye of the storm comes in the courtroom where the war for Max and Josh is being waged. Celeste is called to the stand. As predicted, she is questioned about the circumstances surrounding Perry’s death. She sticks to the script — he slipped — while Bonnie is left fantasizing about confessing right there in front of everyone.

But what happens before that is a scene that feels as if it will launch 1,000 feminist think pieces, which I’m voracious for. I’ll read every one. Ira Farber (Denis O’Hare), with a matter-of-fact ease, forces Celeste to answer to her entire recent sexual history. Perry’s abuse sort of flies away in the breeze. It becomes suddenly far less scandalous than Celeste’s “sickness.” The violence she inflicted, the pleasure she derived from being hit, her recent promiscuity, her pill popping: Farber paints it all into a picture he might title “A Deeply Sick Woman Who Should Be Nowhere Near Children.”

And Farber is so good that in certain moments, it is easy to forget how much of his attack is just extremely well-packaged slut shaming. Rough sex, on its own, is even something Celeste is demeaned for, and her sexual appetite is quickly labeled an addiction. Not only does the judge (Becky Ann Baker) not step in to soften these blows, she instead insists that Celeste explain what is “going on” with her having had so many partners, and commit to getting help. 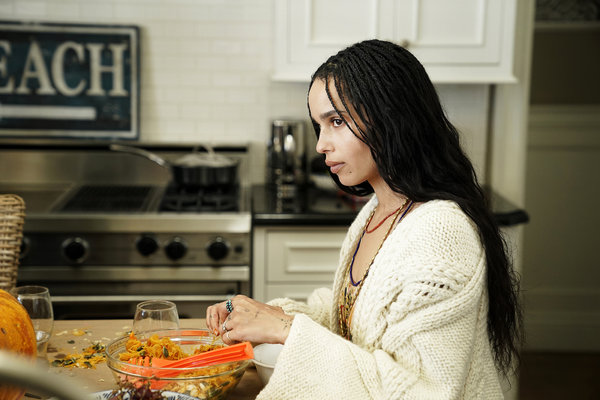 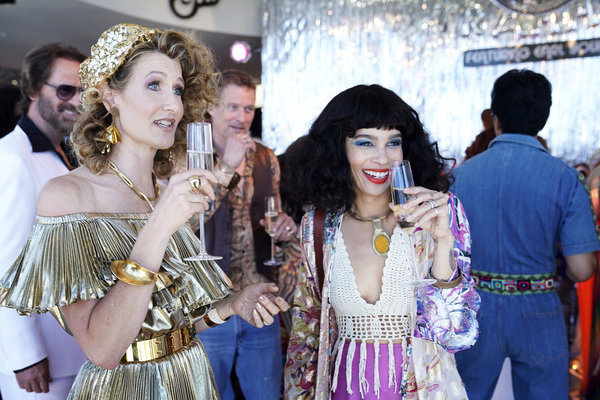 The central mystery of this season — whether one of the Monterey Five will finally crack — is more acute than ever in this episode. Even Madeline — president of the “he slipped” sorority — is showing signs of breakage. Ed can sense her dishonesty, which is something their marriage simply cannot handle, especially with Tori eager to wrap her arms and legs around Ed if he lets her. Luckily, Renata is there to yell some sense into Madeline and talk her out of spilling to Ed. (And yes, it’s Mad-a-LINE every time Renata is annoyed with her.)

We already knew Renata and Gordon weren’t the poster couple for an honest marriage, but we didn’t know it stooped to the level of Gordon employing their nanny for “other services rendered.” The cliché of sleeping with the nanny would be humiliating enough if it didn’t involve money — money that Gordon can’t even afford to pay. In Episode 4, Renata told Jane that for whatever reason, women just stay. “They betray us, and we stay.” But after telling Gordon she doesn’t want to hear one more word out of his “twerp mouth” (her full instructions are considerably more colorful) and maniacally stuffing it with tissues, it doesn’t look like Renata will be sticking this out.

Meanwhile, Corey may not be a cop, but the cops have certainly gotten under his skin. The fact that he is parroting Detective Quinlan’s statement that the first of the Five to come forward will get a “break” feels like bait the detective hoped he would set.

For Bonnie, it’s palpable how much a confession of the killing would bring her back to life. So confess she does, but to her semiconscious mother, and about much more than Perry. Because to Bonnie, Perry’s death didn’t happen in a vacuum. It was the result of years of enduring the great pain of being her mother’s daughter.

“I resent you for killing a man,” Bonnie professes through sobs. “When I lunged at him, I was pushing you.”

We still don’t know if any of this truth about Perry’s death will ever come to light. But it is, quite suddenly, a far less pressing question than what’s about to come to light about Mary Louise.

In the final seconds of this episode, Celeste stands up for herself, literally, against Mary Louise’s Farber-cloaked attacks. She tells the judge that while her parental fitness has been questioned, her mother-in-law’s has not, and she would like it to be. And she would also like to do the questioning.

This can mean only that Celeste has some table-turning knowledge up her sleeve.

We know from a flashback in Episode 2 that Perry and Celeste went straight to the deep stuff on what appeared to be a first date. Somewhere between the cocktails and the moony eyes, Perry told Celeste he lost a brother when he was very young. In all their years together, might this have come up again? Maybe Celeste knows more about that tragedy than Mary Louise realizes?

(And if she does, why has she sat on it for this long?)

What we do know is that we’re about to witness a clash more epic than the Battle of Winterfell.

What I’ll Be Thinking About Until Next Week:

Mostly I’ll just be playing “It’s Over” by Roy Orbison — the song that played on top of this week’s credits — on a loop, ruminating on how this all might end and steeling myself to say goodbye to this show forever.