When a nuclear plant exploded in northern Ukraine in April 1986, the Soviet authorities went to great lengths to control information about the disaster — even cutting off private telephone conversations when the word Chernobyl was used.

Now, in a strange turn more than three decades after the meltdown, the exclusion area around Chernobyl is gaining a following as a tourism destination, apparently propelled by the popularity of a TV mini-series about the blast that was broadcast in the United States and Britain last month.

The mini-series, HBO’s “Chernobyl,” fictionalizes the events in the aftermath of the explosion and fire at the plant’s Unit 4 nuclear reactor. It has been one of the highest-rated shows on the IMDB charts.

“The number of visitors increases every day, every week, by 30, 40, now almost 50 percent,” said Victor Korol, the head of SoloEast, a company that gives tours of the site. “People watch TV, and they want to go there and see the place, how it looks.”

According to figures from the State Agency of Ukraine on Exclusion Zone Management, tourism to Chernobyl has been growing quickly over the past five years. In 2014, a spokeswoman said, the site had 8,404 visitors; in 2018, that number was 71,862. In May 2019 alone, she added, the site had 12,591.

Joe Ponte, managing director of Explore, a company that focuses on adventure travel, said that passenger numbers for the firm’s five-day Discover Chernobyl tour had increased fourfold since the mini-series aired in May.

“It’s been a growing destination for the past five years, but the show has certainly had a big impact,” Mr. Ponte, 42, said by phone from Britain on Thursday.

But as tourist numbers increase, so has concern about the behavior of visitors to the site of a disaster that was blamed for thousands of deaths in the following years and whose dire consequences for the environment linger decades later.

Those misgivings burst onto social media this week when photographs emerged that were criticized for disrespecting the victims and the solemnity of the site.

One example widely cited was of a woman who shed most of a hazmat suit to pose provocatively in the ghost city of Pripyat, which was evacuated after the accident. 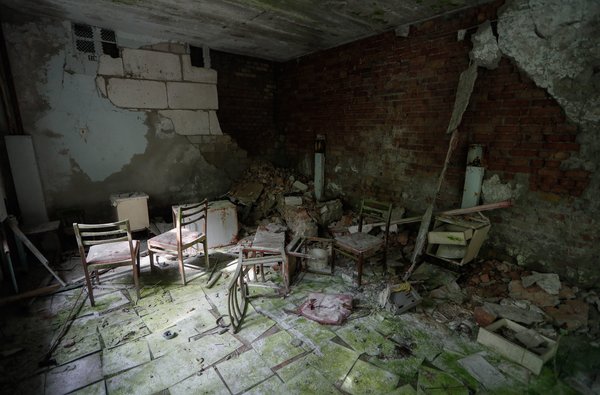 The photographs prompted Craig Mazin, the writer and producer of “Chernobyl,” to call on tourists to be considerate to the memory of those who lost their lives or livelihoods.

“If you visit, please remember that a terrible tragedy occurred there,” Mr. Mazin said in a post on Twitter. “Comport yourselves with respect for all who suffered and sacrificed.”

Mr. Korol, the tour director, said he had been living in western Ukraine, then part of the Soviet Union, at the time of the tragedy in 1986. The day after the explosion, he said, he called his older brother, who was living in the Ukrainian capital, Kiev, just 80 miles from the plant.

“We talked about our news, and life, but when we mentioned Chernobyl the line was cut,” Mr. Korol, 50, said by phone on Monday.

Mr. Korol said that most visitors to Chernobyl realized the gravity of what they were seeing. At the time, and for a long time after, most Soviet citizens were kept in the dark as to the full extent of the disaster, and the catastrophic, long-lasting effects it was to have on people’s lives and on the environment.

The explosion and fire at the plant killed dozens initially and pumped a toxic cloud into the atmosphere. Thousands more died in the years that followed, though the exact toll is disputed and difficult to define. The worst radioactive fallout from the accident fell in Ukraine and across the border in Belarus, though effects were detected worldwide.

There is still a 1,000-square-mile exclusion zone around the site, but a few people live in the area.

Mr. Ponte, the tour company director, said visitors needed to wear closed-toe shoes and long sweaters when visiting the exclusion zone. Otherwise, he said, the trip was safe — as long as guests listened to their guides and did not wander off.

“In terms of selfies, I think there were clear times and places,” she said in response to a question on Instagram. She added that, “in the aspects where it was clear people had been killed or seriously affected, it was much more of a somber affair.”

Many tourists, Mr. Korol said, were motivated by a desire to find out whether the bleak scenes from the TV series matched up to real life.