For almost 20 years now we have had “X-Men” movies in our lives. We have seen them grow old and turn young again, and we’ve even seen Wolverine die. But all things must end. And if “Dark Phoenix” (opening in theaters Friday) makes anything abundantly clear from its just-shy-of-two-hour running time, it’s that we all need a break from the X-Men.

“Dark Phoenix” takes place in 1992, a decade after the events of 2016’s “X-Men: Apocalypse.” The X-Men are national treasures, seen as protectors of the world and living proof that mutants and humans can live together happily. Professor Xavier (James McAvoy) even has a direct line to the president.

The X-Men fly to space on the X-Jet and find Endeavour spinning like a top. Next to it is a giant anomaly they think is a solar flare. The team works on rescuing the crew inside the Endeavour but learns that the captain is still inside.

With the solar flare getting closer to the ship, Xavier tells Jean to go in the ship and protect it using her powers so Nightcrawler has enough time to find the captain. The captain is saved, but at the same moment Nightcrawler brings him back to the X-Jet, Jean absorbs the entire solar flare.

They all return home as heroes, including Jean, who says she’s fine. But in actuality, she’s anything but fine. 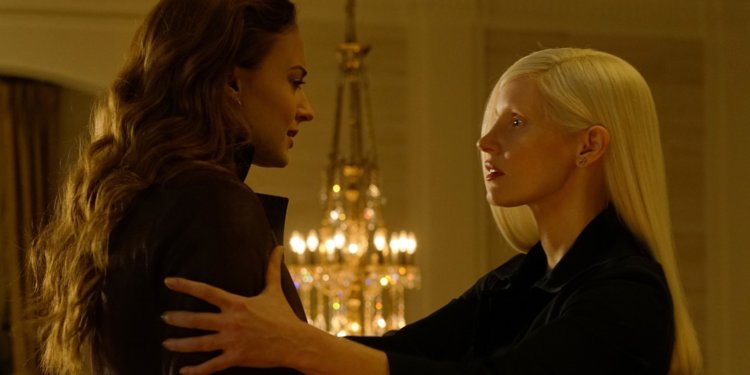 It’s revealed that the force Jean took is actually an energy source that can kill worlds as well as build them. An alien race, led by Vuk (Jessica Chastain), comes to Earth in search of Jean so they can obtain the energy source.

But Jean is kind of going through some things. Her new powers have unlocked her troubled childhood, which Xavier had kept blocked deep in her mind. The new memories make her revolt against the X-Men and in the process come right into the welcoming arms of Vuk, causing a rift in the X-Men and destroying all the goodwill Xavier had made with humans about mutants.

Directed by the franchise’s longtime writer/producer Simon Kinberg, the movie is a lot of build-up with no payoff. Turner is an incredibly talented actor, but outside of a lot of sinister stares and CGI-generated powers, she’s not given much to do. And when your superhero movie hinges on a finale set on a train, you kind of know you’re doomed. (Though it must be said that the movie is better at exploring Jean’s new powers than 2006’s “X-Men: The Last Stand,” when Famke Janssen played the role.)

Even the characters who have been around since “X-Men: First Class” can’t keep things exciting.

Lawrence as Mystique looks as if she’d rather be somewhere else (and her character actually wants to be somewhere else, as Mystique tries to convince Beast that they should leave the X-Men). Michael Fassbender returns to play Magneto, and outside of a battle of minds with Jean Grey over the control of a helicopter (both of their faces hilariously distorted by the wind coming off the helicopter blades; the wind-machine budget on this movie must have been wild) he too is just going through the motions. At least we get to see the patented Fassbender single tear.

McAvoy is still great as Xavier. But maybe a few of those scenes of him pondering the state of the X-Men could have gone to more screen time for Turner — you know, the person playing the title character. 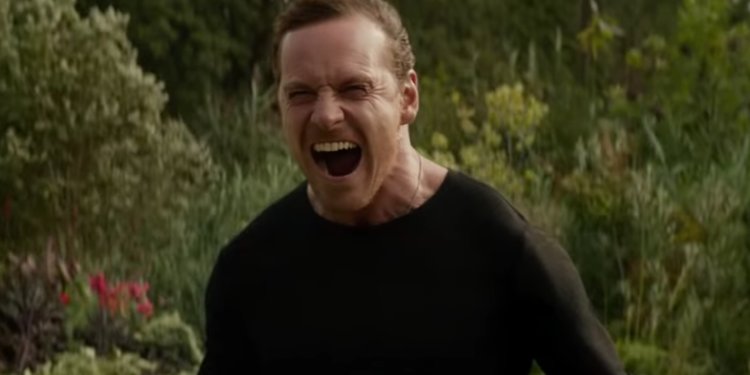 The wind-machine budget on this movie must have been wild.Fox

“Dark Phoenix” marks the final “X-Men” movie made at Fox before Disney bought the studio, so you can expect a whole new look at these Marvel characters going forward. And that’s a good thing. Nine movies — three of them focused on Hugh Jackman as Wolverine — is a lot for a franchise, especially one that has a history filled with ups and downs at the box office.

But what has been consistent throughout (and perhaps why the “X-Men” movies never stopped) istheir performance overseas. Outside of “X-Men” in 2000, “X2: X-Men United” three years later, and “X-Men: The Last Stand” in 2006, every other movie in the franchise has performed better internationally than it did domestically. If “Dark Phoenix” continues that trend, it’s possible Disney will have to move up when it wants to release more “X-Men” movies.

Who knows, Disney may even have to actually put the long-delayed “The New Mutants” movie in theaters.

Early projects have the movie opening between $45 million – $50 million, domestically. So it’s possible “Dark Phoenix” could be the first X-Men movie to not have a $50 million first weekend at the box office.