Donald Trump is suddenly being reminded it’s not 2016 and the political tide has changed over the last few years. After announcing his 2024 presidential campaign earlier this month and on the heels of a not-so-red wave in the midterm elections, things are not going well — like, at all.

The first two weeks in the race have already been met with controversy after his very questionable dinner with Kanye West and white nationalist Nick Fuentes. This is just the latest incident as a majority of the Republican Party does its best to distance themselves from the former president. A Donald Trump insider told Politico, “It’s been a disaster.”

Another GOP official summed up what many are thinking — it’s “pretty damn bad for him right now.” Despite all of the bad headlines, Donald Trump still has a strong voter base and he’s leading in the polls (if you believe in the accuracy of the polls). However, he doesn’t have the social media advantage he had in 2016 and 2020. He’s committed to his Truth Social platform, which is losing users rapidly, but he’s still banned from Meta and has left his Twitter page dormant, despite Elon Musk’s desperate wishes to have him back.

His team is reportedly hoping to get things squared away before the new year and right the ship after several missteps in the first two weeks of his campaign. It’s not a great start for Donald Trump, who really wants to make that White House comeback, even though his own party doesn’t seem to want to claim him.

Click here to see all the times Donald Trump has gone off about celebrity women’s looks. 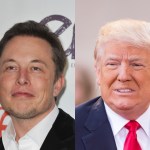