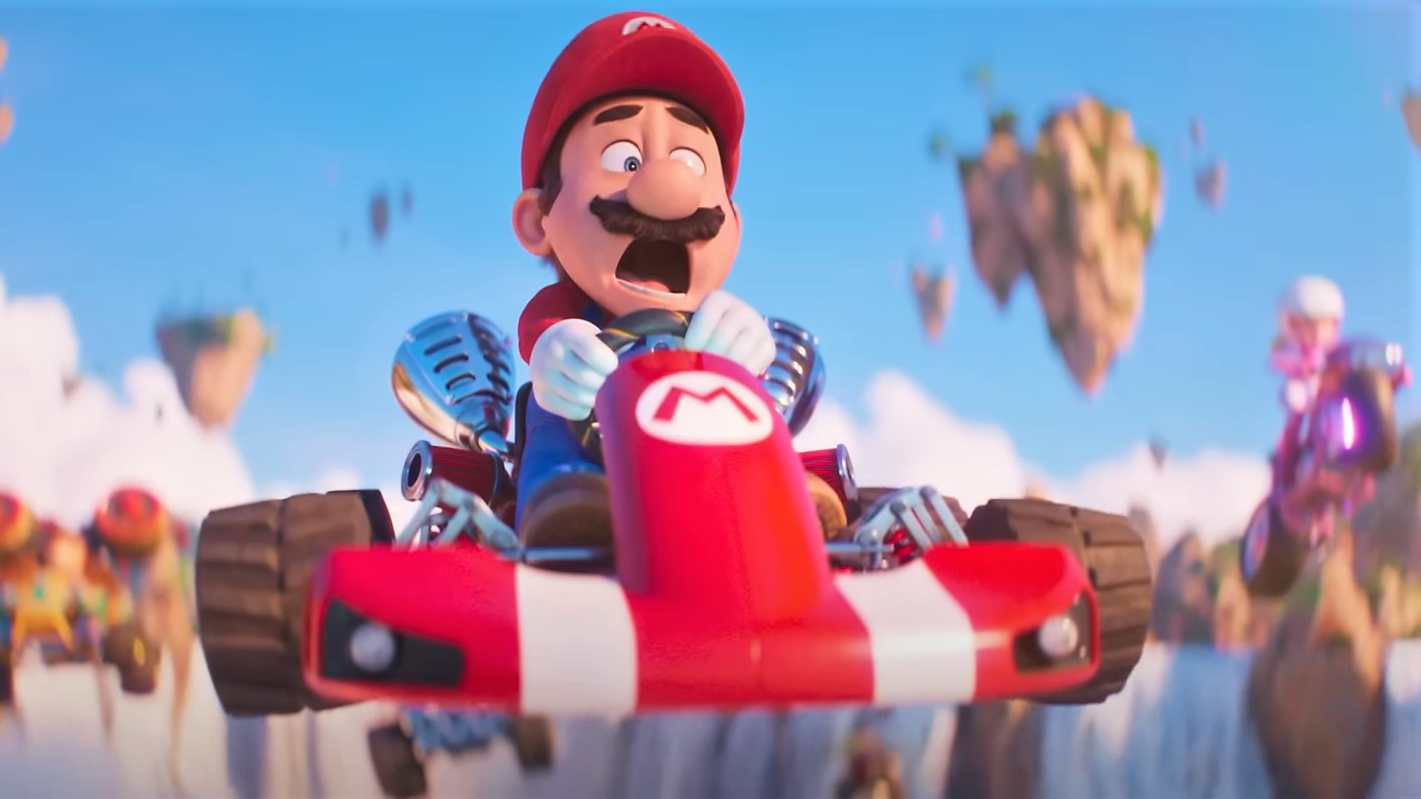 There are plenty of hints and Easter eggs in the second trailer of the Super Mario Bros. Movie – did you catch them all?

The Super Mario Bros. Movie has received a second trailer and it’s full of nods to the iconic Mario-verse, despite our favourite plumber still being suspiciously silent most of the time.

From Tanooki Mario to Fire Peach making an appearance, the movie is clearly going to have plenty of fun moments that will have OG fans reminiscing about the early days of the franchise.

No one could’ve spotted them all on a first watch, so we’ve combed through the trailer for every possible Easter egg, hint, and cameo…

The trailer opens with Mario walking out into a gladiator-style arena, clearly inspired by Super Smash Bros., where he’s having a face-off with Donkey Kong.

As soon as he steps out, the camera angle changes and you see Mario and Donkey Kong standing on a red, steel girder, very obviously based on the original Donkey Kong game.

Later in the trailer, if you’re watching carefully, you’ll also get a sneak peek of Pauline (look at her earrings!), out and about in Brooklyn. She was the mayor of New Donk City in Super Mario Odyssey but whether she still holds that office in the movie is unclear.

Pauline is the damsel-in-distress from the original Donkey Kong game, since Peach hadn’t been invented yet, but she’s had an increasingly more prominent role in many of the recent games.

The trailer then jumps to another iconic Super Mario villain, Bowser, who’s amassed a huge army in his search for the super stars.

There are a lot of bad guys running around, but if you look closely, you can spot several Shy Guys, Piranha Plants, Hammer Bros., and Swoops, ready to make Mario’s life miserable.

While Bowser interrogates Luigi about the whereabouts of his brother, we also get a glimpse of Mario’s life in Brooklyn, where he works as a plumber. Rather than the games, that’s likely to be meant more as a reference to the 1993 live action movie.

Later in the trailer, to stop Bowser from taking over Mushroom Kingdom, Princess Peach has called a meeting with a council of Toads.

They’re grouped around a map showing six distinct worlds and you can see a few fiery locations, as well as a desert and what appears to be Donkey Kong country.

Mario will have access to at least some of his iconic power-ups in the movie, as at one point you can see him flying through the sky in his iconic tanooki suit.

Luigi also has his own version of this power-up, called the kitsune (a mythical Japanese animal inspired by foxes) suit, but it wasn’t included in the trailer.

You’ll get to see the more spirited side of Princess Peach too, as she’s ready to get in on the action with a Fire Flower.

Her, Mario and Toad can be seen standing in a field of Fire Flowers, so Bowser won’t be the only one wielding fire-bending powers in the movie. Fire Flowers usually turn characters’ outfits white and red but whether Peach came dressed that way already is unclear.

During the same scene, Princess Peach has a quick line that could have a secret meaning behind it: ‘There’s a huge universe out there, with a lot of galaxies.’

Right after that you see Mario and Luigi being pulled through some rifts in time, possibly leading them to the Mushroom Kingdom.

Although nothing else points to this, this could be a nod to the Super Mario Galaxy games that were developed for the Wii.

Especially as the cover of the game features Mario flying into space, leaving behind a trail of stardust.

A much more obvious cameo in the movie, the main group of protagonists are seen racing on Rainbow Road, using vehicles from Mario Kart.

Mario is using his trademark red kart, Peach is on her motorcycle (she did put on a biker outfit after all), while Toad drives a monster truck.

Behind them, you can spot various members of the Kong family, which now seem ready to help Mario put an end to Bowser’s war, despite rooting for Donkey to beat him up earlier. It’s not difficult to be sure but one of them seems to be Funky Kong, who wasn’t easily visible in the arena scene.

It’s likely that there’ll be a third trailer for the Super Mario Bros. Movie before it hits theatres, hopefully showing a few more details about the plot, and most importantly, Chris Pratt’s performance as Mario.