A new series, Around the World at Home, lets readers channel the spirit of a faraway place without hopping on a flight. 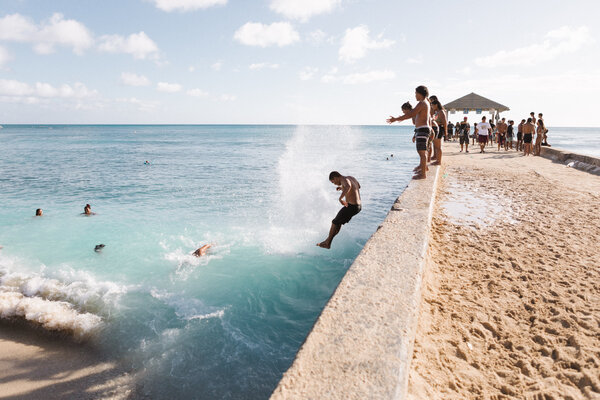 I began 2020 eagerly anticipating my first trip to Japan, one I had spent a year planning. I hoped to explore the culture in my typical fashion, through long wandering walks.

Yet, as the coronavirus pandemic spread, it became clear that my trip would have to be canceled. My college pals began to commune on Zoom and swap ideas for how to break up the monotony of life at home. Two of my friends — Wendy and Jeff — had begun to organize themed evenings for themselves such as a Balinese night with beef rendang and gamelan music. Inspired by their creativity, I began to ponder such agendas for myself.

I knew I wasn’t alone in craving a bit of novelty to distinguish my days. In my role as the audience director for The Times’s Editorial Special Projects team, I use data and research to understand what readers care about and how to reach them with our journalism. I saw many readers turn to us, hungry for recommendations on what to do at home. And even though all of our trips were canceled, readers still longed to be transported to unique places through stories and photography from our Travel section.

To help our readers (and myself) inject a bit of whimsy into dull days, I pitched a series of articles that would prompt us to explore distinctive cultures without having to leave home. That idea became the series Around the World at Home, which taps The Times’s archival material and the expertise of our well-traveled journalists to provide readers with ways to channel the spirit of a place through food, music, art and other activities.

To start, I began to consider which places we would want to “visit” with Amy Virshup, the head of the Travel desk, and Lynda Richardson, another Travel editor, who came onboard to edit the stories. Over the course of the series, we wanted to help readers delve into locales across many continents. We anticipated readers might be curious to both revisit beloved cities, and also uncover the sounds and flavors of places they might never see in person.

Selecting writers was easier than whittling down the list of cities. I was curious to hear from Sebastian Modak, who visited nearly all of the places on our 52 Places to Go list last year. And from Stephanie Rosenbloom, a frequent contributor to the Travel section who embraced the concept. “Before I ever went anywhere, I traveled through books, art and films — and that’s what I’m doing again now,” Stephanie said in an email. “Page by page, I visit faraway places.”

Christy Harmon, the series’ photo editor, selected images that would provide readers with a view of the destination, from iconic landmarks to telling snippets of everyday street life.

We kicked off the series last week in Paris. For my own Parisian night, I donned a striped mariniere and a casually draped scarf per guidance from Vanessa Friedman, The Times’s fashion director, filled my apartment with the jazz music of Django Reinhardt and fired up all four burners in my small kitchen in Manhattan to prepare a butter-laden feast featuring Sole Meunière from Melissa Clark’s recipe.

On Tuesday, we’ll take readers to Hawaii where they can craft a lei, make shave ice and meditate in a Maui palm forest. In the coming weeks, readers can join us as we virtually venture to Cartagena, Colombia; Tokyo; and Dakar, Senegal, a destination recommended by Sebastian. “I fell hard for that city during the 52 Places trip — it just has an energy that sticks with you long after you leave,” he said by email.

As the stories are published, I am eager to see how our readers interpret the prompt and find their own novel ways to immerse themselves in these cultures. I also hope locals jump in to the comments to share more inspiration with us, perhaps even a few tips we can use when we’re able to venture abroad safely again.

“Just because I can’t physically get on a plane (or 88 of them, like I did last year) doesn’t mean I can’t keep learning about the world around me — I am in better touch with friends around the world than I ever have been,” Sebastian said. “I spend hours and hours on Spotify diving deep into music scenes in Johannesburg, Rio, Tunis … I am reading more than I ever have. It feels like I’m still traveling sometimes — but it also feels like I’m getting myself ready for when I can travel again.”