NASHVILLE — It was hard for the Black Keys to say no. When they finally did, it took them years to decompress from a decade on the road.

The band — Dan Auerbach on guitar and vocals and Patrick Carney on drums — will release its ninth album, “Let’s Rock,” on Friday. It arrives five years after “Turn Blue,” which was their third Top 10 album in a row, and four years since their last concert. Although the duo is starting an arena tour in September, this time they are determined to pace themselves.

The Black Keys story is one of throwback musical instincts and 21st-century possibilities, of the ways rock’s past and future can entangle. It’s an appreciation of fingers bending guitar strings and raunchy effects pedals connected to quirky amplifiers. It’s also a continuing bet that for many listeners, human idiosyncrasies can still compete with machine precision. In an era of blatantly computerized pop, “Let’s Rock” flaunts basics from yesteryear: guitars, drums, vocals.

Although the band uses pop’s digital tools, “We’re never looking for perfection,” Auerbach said in a kitchen-table interview at his Easy Eye Sound Studio in Nashville. “It’s all about how it feels. We love mistakes — the right mistakes. They can make all the difference.”

Carney had a simple explanation for why the Black Keys put the band on pause at their commercial peak. “We said yes to too many things,” he said. “It’s hard when you’ve played so many shows for a hundred bucks or less, and then you get offers for literally 10,000 times that to play a show — you can’t rationalize saying no. But it pulls you further away from what you actually want to do, which is make music. You start forgetting that you’re actually in control of what you can and can’t do. Which is the whole point of why we wanted to be in a band.”

Auerbach added that touring had come to overshadow the duo’s primary goal, songwriting. “We like creating the songs. And I know you can’t have your cake and eat it too — we’ve got to go perform them,” he said. “But it’s not a good feeling to work so hard to do the thing you love and just not ever be able to get to create. It can be maddening.”

This year, the Black Keys signed on for — and then quickly pulled out of — Woodstock 50, the now-embattled anniversary festival that may take place in mid-August. “We realized that we didn’t want our first show back to be in front of 150,000 people in a field without any control,” Carney said. “We almost gave our agent a heart attack. We hadn’t made any money in almost five years and we got offered, like, $1.5 million. And we told him we don’t want it. We only want to do stuff that actually is going to be enjoyable.”

Auerbach, 40, and Carney, 39, grew up in the same neighborhood in Akron, Ohio, and started experimenting as teenagers with noise rock, punk and psychedelic jams on four-track recorders. They officially formed the Black Keys in 2001, playing basic, stomping blues-rock that they went on to merge with other pre-punk styles: glam, rockabilly, Southern soul, garage rock, hard rock.

In the early 2000s, with hip-hop and committee-written pop ascendant and post-grunge “alternative rock” on the radio, they were stubbornly out of step. And they have stayed that way. The songs on “Let’s Rock” have nothing to do with the thin, brittle, synthetic sounds that dominate pop in the streaming era; instead, they capture hand-played instruments and cheerfully invoke decades-old memories of T. Rex, AC/DC, Stealers Wheel and Norman Greenbaum.

The Black Keys fully realize that as a self-guided, guitar-centered rock band, they are outliers in the 2010s; very few rock bands formed in the 21st century have reached the Top 10 or the arena circuit. “Honestly we’ve been lucky to be successful in this time,” Carney said. “But I think that rock ’n’ roll or alternative rock or truly indie rock, whatever you want to call it, I think that there’s going to be another big wave of it soon. It resonates with people.” 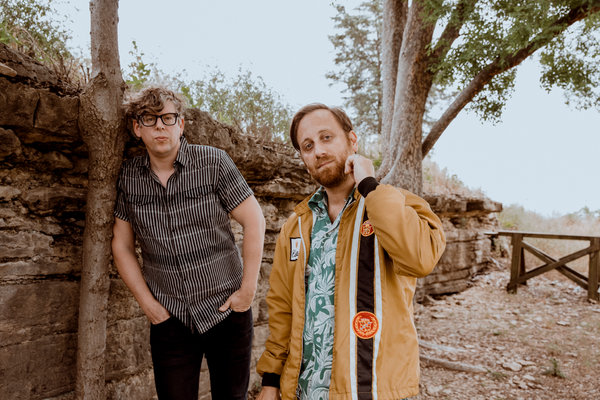 Matt Shultz, the frontman of the rock band Cage the Elephant, which also reaches back to 1960s and 1970s influences and has shared bills with the Black Keys, contends that a rock resurgence is looming. “Guitar is about to be very, very utilized again in music,” he said. “The pendulum swings. People want to hear instruments again.”

With “Let’s Rock,” the Black Keys refused to join in the current music-business practice called bundling: jacking up their opening-week chart position by including the new album as an add-on to the purchase of concert tickets or other merchandise. “We figure people are going to buy it or they’re not going to buy it,” Carney said. “The only metrics I’m really concerned with are whether people enjoy the record.”

The Black Keys’ career path was gradual and then massive. Although they were courted, early on, by Seymour Stein of Sire Records, they chose to avoid major labels. Instead, they got a contract with Fat Possum, the blues label whose roster also included one of their idols, the Mississippi bluesman Junior Kimbrough. “If we had started this band and the whole intention of this band from the get-go was to play Madison Square Garden, we would have gone about it 100 percent differently,” Carney said. “And it would have never worked out.”

For most of a decade, the Black Keys built an audience gig by gig, patiently playing their way up an indie-rock circuit of small clubs, opening-act slots and small-stage festival sets. But once their efforts eventually clicked — with the 2010 album “Brothers” and its hit single “Tighten Up” — the Black Keys nearly worked themselves into the ground, headlining arenas and festivals worldwide. They had two more Top 10 albums — “El Camino” (2011) and “Turn Blue” (2014) — followed by extensive tours. Then they simply stopped. Their last show was a San Francisco concert in August 2015.

“I knew we were going to make another record,” Carney said. “The only thing that freaked me out was that the last show we played was in San Francisco and, man, every band breaks up in San Francisco.” Bands that have played their last full concerts in the city include the Beatles, the Sex Pistols and the Band. But the Black Keys would not join that list.

During the band’s hiatus, both Carney and Auerbach got married and became fathers. They didn’t stop making music. Both of them had moved to Nashville in 2010, and Auerbach built up his Easy Eye Sound label and studio, producing dozens of albums: blues, country, rock, soul, Nigerian music, Dr. John. Carney also did some production and performing, including an album and tour by his wife, the songwriter Michelle Branch.

After Auerbach produced an album for one of the pair’s Ohio guitar heroes — Glenn Schwartz, an original member of the James Gang in the 1960s — the old Ohio connection spurred him to collaborate again with Carney. “It was just that little nudge I needed,” Auerbach said. “Right after that session I called Pat and we put it on the books.”

Easy Eye Sound abuts a Nashville alleyway where people who are homeless camp nearby. Past its razor-wired gate are big plastic painted LP signs from a former Memphis record store. Stepping inside, among the first sights are vintage Ampex and Studer reel-to-reel tape recorders: analog survivors that the studio often uses to record or remix, although Auerbach also uses digital equipment. “We have absolutely no rules,” he said. “We’ll manipulate a song any which way that works.”

Easy Eye is built for live recording. There are alcoves of guitars, keyboards and percussion, where musicians can set up and play together. It seems every guitar has a story, from an early model electric sitar to battered electric guitars owned by the bluesmen T-Model Ford and Fred McDowell; all three instruments are heard on “Let’s Rock.” The guitar setup faces the glass window of the percussion booth, precisely so that Auerbach and Carney can make eye contact as they work on Black Keys tracks.

While the Black Keys made their best-selling albums with Danger Mouse (Brian Burton) as a producer and songwriting collaborator, “Let’s Rock” returns to the way Carney and Auerbach have been making music together since they were teenagers: starting from scratch and jamming together, generating riffs and beats to turn into song forms. “There was no plan,” Auerbach said. “We just let ’em happen.”

Tchad Blake, who has mixed all of the Black Keys albums’ since 2010, said, “They approach the music with a sense of abandon. That’s the key word. They are doing things unusually, because they’re not burdened by too much knowledge of being a professional engineer. They’re not even burdened by good taste. It’s — let’s just go and see what happens.”

Auerbach and Carney worked fast — recording for a few weeks at a time from September 2018 to January 2019, with breaks for Auerbach to complete lyrics — and strove to stay raw. Midway through the sessions, Auerbach and Carney realized they hadn’t used any keyboards yet, and they decided to keep it that way. Nearly every sound on “Let’s Rock” comes from guitars, voices and percussion. “Nothing felt better than just playing electric guitar and making a loud rock ’n’ roll record right now,” said Auerbach.

The band’s only studio collaborators were Leisa Hans and Ashley Wilcoxson, two church-rooted backup singers who will also be touring with them. “Dan allows us to do some trippy parts that are really so fun, that are really like gospelly soul,” Hans said. “He celebrates those weird musical moments that are nonstandard.”

The guitars on “Let’s Rock” flaunt noise and distortion; the drumbeats are blunt, uncluttered and swinging. But the inner workings of the songs are far more intricate: slyly contrapuntal guitar and bass lines, near-subliminal flutters of rhythm guitar, even a kazoo tucked into one song.

“Tension, propulsion, cohesiveness, melody,” Auerbach said when asked what he wants in his songs. “I want them to flow right in a way that just feels right. And I want to be excited every day by what pops out.”

The cover of “Let’s Rock” shows an electric chair; the album title, seemingly straightforward, was also the last words before his execution of Edmund Zagorski, a convicted murderer in Tennessee. And for all their chunky momentum, the songs on “Let’s Rock” often harbor downhearted thoughts: reflections on loneliness, longing, weariness and anxiety. Although he was happy to analyze the music in detail, Auerbach was far more circumspect about his words.

“Those songs just happened. Some of those phrases just pop out of my mouth when I’m singing. Sometimes I’m not even thinking about the meaning — I’m just hearing the syllables,” he said. “What’s the song about? I don’t know."

He smiled. “But I can feel it on the back of my neck.” 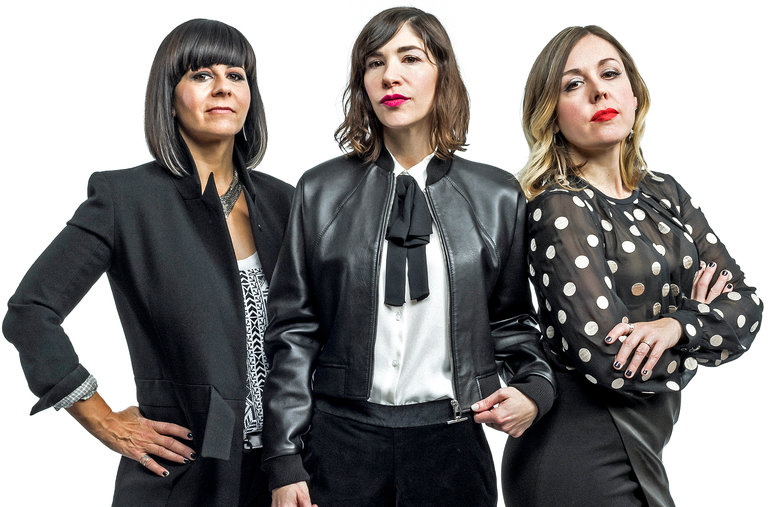 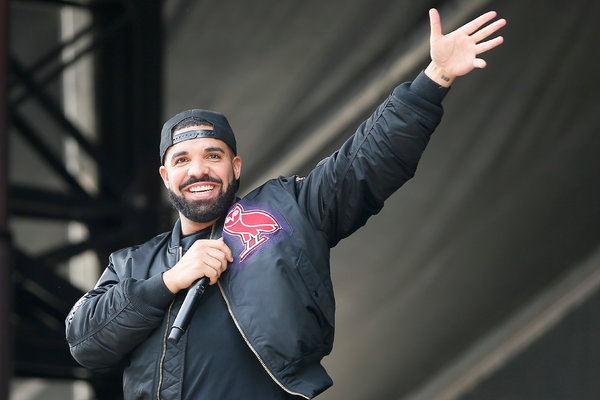 Jon Pareles has been The Times’s chief pop music critic since 1988. A musician, he has played in rock bands, jazz groups and classical ensembles. He majored in music at Yale University. @JonPareles