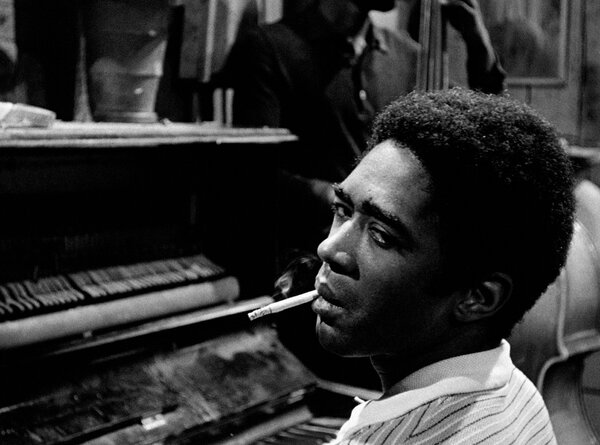 Freddie Redd, a pianist and composer who released a pair of well-received albums for Blue Note Records in the early 1960s, then spent more than half a century bouncing through different cities as an ambassador of jazz’s golden age, died on March 17 at a care facility in Manhattan. He was 92.

His grandson Leslie Clarke said he had died in his sleep, but did not give a cause.

Mr. Redd is best known for writing the music for “The Connection” (1959), an Off Broadway play by Jack Gelber that depicted the lives of heroin-addicted musicians in New York, and that two years later became a renowned film directed by Shirley Clarke. Mr. Redd appeared in both.

The largely self-taught Mr. Redd was particularly known for his compositions, and for his skill as an accompanist. Even when he was the one soloing, his left hand’s roving chords were often as rich as his right hand’s improvised lines.

“The Music From ‘The Connection,’” released in 1960, was Mr. Redd’s first album for Blue Note, followed in 1961 by the similarly acclaimed “Shades of Redd,” which featured an all-star band: the alto saxophonist Jackie McLean (who was also in “The Connection”), the tenor saxophonist Tina Brooks, the bassist Paul Chambers and the drummer Louis Hayes.

He recorded another album’s worth of material in 1961, but those tapes were shelved after Mr. Redd had a falling-out with one of Blue Note’s founders, Alfred Lion. It was finally released as “Redd’s Blues” in 1988. His studio career slowed down, and by the mid-1960s he had moved to Europe, where for audiences his presence became symbolic of a vanishing halcyon age in small-group jazz.

A native New Yorker, Mr. Redd did the inverse of the pilgrimage made by most major jazz musicians: He started his career at the center of the jazz universe, then moved out. And moved, and moved again.

From the mid-60s on, he would spend stretches in Copenhagen, Amsterdam, Paris, London, Pittsburgh, San Francisco, Los Angeles, Guadalajara, Baltimore and Carrboro, N.C. In his 80s he returned to New York, where he recorded two albums for the SteepleChase label and spent his final years.

Mr. Redd told The New York Times that his peripatetic career provided him creative satisfaction —  if not always fair pay.

“I like to move around,” he said in a 1991 interview. “It’s always refreshing because you don’t know the nuances, the tricks of the new place. Unfortunately, the price I’ve paid for being a maverick is living a lifestyle that hasn’t been particularly supportive. But I don’t have regrets. There’s a lot out there to find out about, and sometimes you can’t do it in a week or a month.”

Freddie Redd Jr. was born in Harlem on May 29, 1928, to Freddie and Helen (Snipes) Redd. His father was a porter who played the piano at home, and his mother was a homemaker. His father died when Freddie was 2, but he left behind the instrument on which Freddie would teach himself to play.

In addition to his grandson Mr. Clarke, Mr. Redd is survived by a stepdaughter, Susan Redd; two other grandchildren; and two step-grandchildren. His wife, Valarie (Lyons) Redd, died before him, as did his children, Stephanie Redd and Freddie Redd III.

He was drafted into the Army in 1946. He later remembered first hearing bebop while stationed in South Korea, on a record played by a fellow service member. He was hooked.

After returning to New York in 1949, he started playing with leaders on the scene like Art Blakey, Gene Ammons, Sonny Rollins and Art Farmer; he recorded his first album, “Freddie Redd Trio,” for Prestige in 1955, and spent time in California performing with Charles Mingus.

“During that period, we realized that we were a brotherhood; we were all after the same thing,” Mr. Redd told The Times, remembering his colleagues on the modern jazz scene in the 1950s. “We were drawn to the inspirational aspect of the music. It was a wonderful time.”

After being arrested for marijuana possession, Mr. Redd lost his cabaret card, a document issued by law enforcement that was required of anyone performing in nightclubs. Unable to work in clubs, he moved into a loft in Greenwich Village and became part of a scene that included visual artists, poets and other musicians.

There he met the actor Garry Goodrow, who had just been cast in “The Connection,” a new play at the Living Theater that put the lives of heroin-addicted musicians on intimate display. That led to an introduction to Mr. Gelber, who hired him to compose the music and perform as a member of the cast.

Though the film version of “The Connection” is now recognized as a classic of indie cinema, its raw and unflinching portrayal came into the cross hairs of censors in the United States, where it was hardly ever screened.

A few years later, in one of his few pop studio dates, Mr. Redd was the organist on James Taylor’s debut single, “Carolina in My Mind.”

In the liner notes to a Mosaic Records boxed set, “The Complete Blue Note Recordings of Freddie Redd” (1989), Jackie McLean reflected on Mr. Redd’s chimerical career. “You never know what town you’ll see” the pianist in, he wrote. “He’s always been itinerant. Freddie just appears from time to time, like some wonderful spirit.”