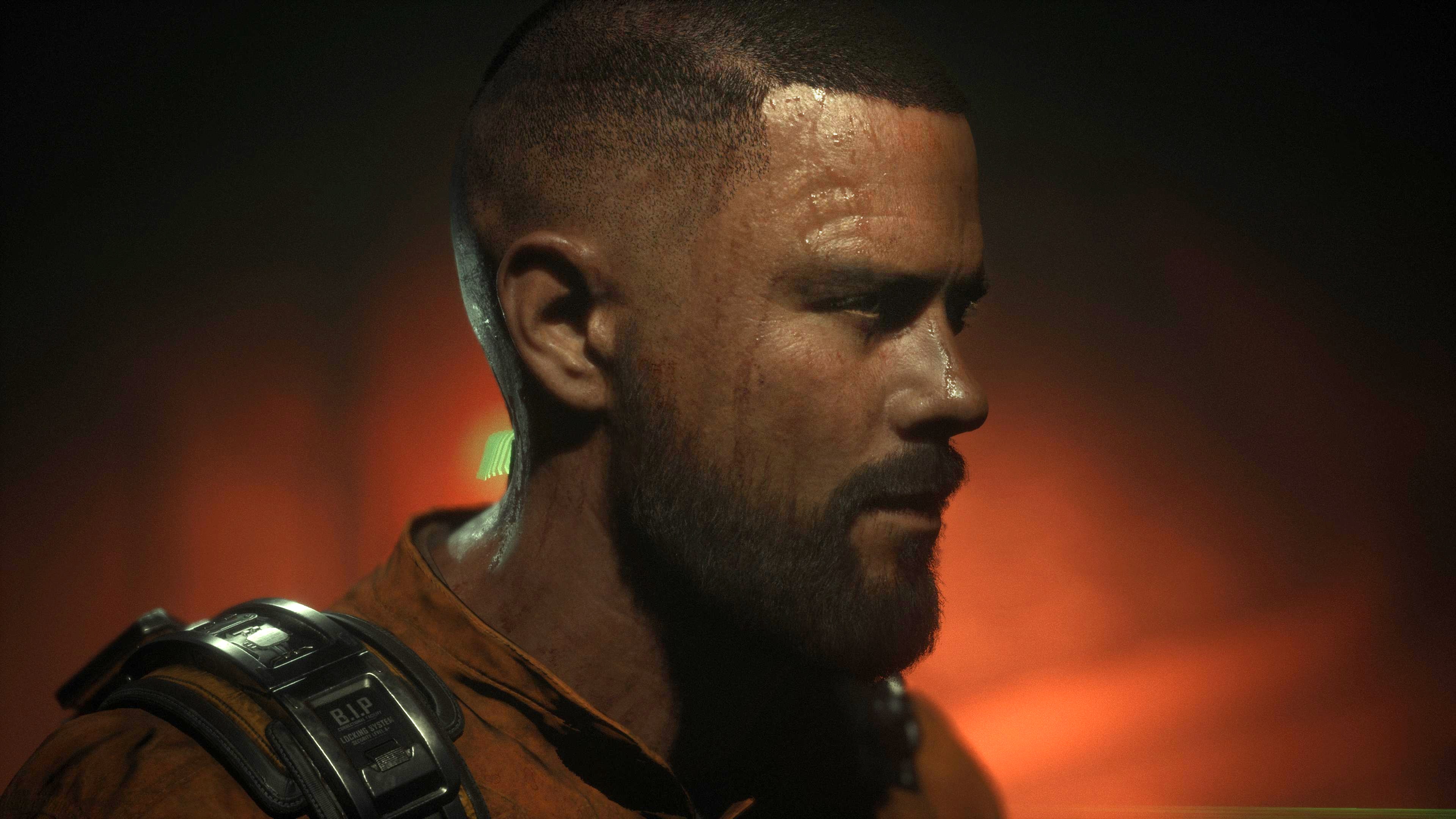 PLEASE NOTE: We’re currently preparing our content for over Christmas and the New Year, which will include several Reader’s Features. So if you have an idea for an article, on any gaming related subject you like, now would be a great time to submit it, at the email address below.

To join in with the discussions yourself email [email protected]

Moderately disappointed
So I pre-ordered The Callisto Protocol – look, I just liked Dead Space, okay? – and while I probably would’ve cancelled it if the reviews came out before the game they didn’t, so I didn’t. And I have to say that I’m not that disappointed.

I realise that’s not a glowing recommendation, but I would say that overall I have enjoyed it, even though it is a much simpler and less ambitious game than I hoped. It’s true there’s not much in it except for combat and there’s not much real exploration, especially in terms of alternate routes and such.

But the combat is really good, and so are the graphics, so there’s some great spectacle in there that I’ve really enjoyed. I’m not sure why they didn’t try and make more of it but the only major complaint I have is that it is in fact not scary, at all. In fact, it’s so not scary I’m not even sure if it’s trying and failing or it just wasn’t meant to be.

There’s a lot of jump scares, so I guess it was intended, but beyond that there’s very little build-up or tension, or at least nothing like Dead Space. An odd game to be sure, but I don’t think it’s a complete failure.
Ishtar

Prepare for the worst
I hope The Game Awards is going to be good on Thursday but I’ve got a bad feeling about them making it shorter than usual. The reason it’s long is because of all the damn adverts, they’d jam it full of nothing else if they thought they could get away with it so it sounds to me like they just haven’t got the games to attract people.

They say 30 to 40 games but how many of those are going to be indie games you never hear of again? I’m hoping for the best but preparing to be disappointed, in the hope that I might be pleasantly surprised. Hopefully Star Wars Jedi: Survivor will be a highlight though.

It seems EA’s plan to announce/market a game until the last minute has fallen flat on its face with Need For Speed Unbound so I’m not sure why they’d want to repeat the mistake for Star Wars as well. Sometimes, I swear, gamers would make more sensible decisions than most publishers.
Gunston

Need for marketing
I honestly had no idea there was a new Need For Speed out until I saw GC’s review and I’m going to assume I’m not the only one because I usually like to think I’m pretty clued into this things. It doesn’t sound like the game was that bad so why keep this secret more than any others? It’s not like it’s Battlefield 2042!

It seems especially odd as you’d think that was a very mass market kind of game, that they could’ve convinced people to buy just based on the name. But I guess that didn’t work out. It makes no difference to me as I’m not interested in the series but these sort of things always make me feel bad for the developers, who must’ve been working on it for years and then it was just sent out to die for no reason.
Tom Cobley

E-mail your comments to: [email protected]

Three lots of nothing
So three big releases last week and it all seems to have turned out to be one big nothingburger. The Callisto Protocol got bad reviews and apparently only works properly on PlayStation. Need For Speed Unbound had no reviews and is a flop already, and Midnight Suns sold the worst out of them all despite being a Marvel game.

Which means if you take Spider-Man out of the equation Marvel games basically don’t sell. I’m sure free mobile games do fine but I can’t think of any big name, big budget games that did. Guardians of The Galaxy didn’t, Avengers didn’t… the only other ones I can think of that sell well are the Lego games.

It doesn’t even seem to have anything to do with quality as most of those games are good, even Avengers wasn’t that bad. So why won’t people buy them? It can’t be something against licensed games because Star Wars games still sell well. Maybe people are sick of seeing Marvel in cinemas and TV that they want video games to be the one place they can get away from them!
Zucco

Dream game
Something on GameTrailers’ YouTube channel caught my eye recently: Intrepid Izzy. It looks like a platformer and something of a Shantae clone. She even has purple hair. I doubt she has belly-dancing idle animations. Shantae must really burn off a lot of calories that way…

Now, it’s £9 on the PlayStation store – I assume the same for Microsoft devices. Not sure about the Switch. But, most interestingly of all, it’s come out for the Dreamcast. Yes, the console that stopped officially releasing games more than 20 years ago! Naturally, it costs a fair bit more for a physical release on a dead format, but hey. Heard of it? Wanna take a look at it?
DMR

GC: The same team also seems to have made another Dreamcast game called Rush Rush Rally.

Nowhere NieR
I missed the Hot Topic but the one thing I’m hoping from The Game Awards is a new NieR game. It has been so long since NieR:Automata was a surprise hit and they knocked out the remaster for the original pretty quick, which was also a success, and yet there’s been nothing ever since. That seems odd to me.

They’re obviously doing a new game, and I’m sure it’s still a few years away, but I’d appreciate an announcement of some kind. I wonder though, whether they’ll try and keep 2B in it though. She’s become quite the popular character in recent years, with lots of cameos in other games, but NieR doesn’t seem like the sort of series that’s bothered about pandering to fan service.

There’s barely any connection between the first two games and the whole series is basically a spin-off of Drakengard, based on a joke alternate ending that hardly anyone saw. It’d be like if Metal Gear Solid was made based on the dog ending from Silent Hill.

I completely put my trust in Yoko Taro though, whatever he does, and I’m interested to see what he’ll do with a big budget and the knowledge that his games are actually popular and anticipated. Somehow I expect that’ll only make him get weirder and wildly.
Ishi

Solid feeling
Konami knows they can’t make a new Metal Gear Solid with Kojima so I see a remake as being their only option. What other way can they take advantage of the name? They already tried an unconnected spin-off and I wouldn’t bet on another one turning out any better.

Whether this particular rumour is any more true than the last one I could say, obviously, but I bet something ends up getting announce in the next couple of years.
Winston

Blue milk
I love how the only reason that The Callisto Protocol caused the company’s stock to go down is because they thought it was going to be a big ongoing series, not because it sold badly or anything. Oh how I wish we could just have new games come out and that was it, just move on to the next one and something different.

I’m not going to pretend it was ever any different, in fact I’d barely say it’s changed at all. The only time I can think of something close to that happening is with Lucasfim Games, who used to make sequel but also had a steady supply of new IP coming out all the time. Then the more they started to milk Star Wars the less they made the effort.

I think of Naughty Dog and the God Of War team and BioWare and Respawn and so many great developers and they all seem locked into making sequels to the same old games forever. Or at least for the next 10 years, which if you consider how long the average person stays at a job is basically forever. Imagine how much more interesting the games industry would be if each of those developers made a different game each time? No imagine how long it’s likely to be before any of them make anything that’s not already part of an existing franchise…
Iceman

Inbox also-rans
Oh look, the US government isn’t going to sue Microsoft into not buying Activision Blizzard, they’re actually going to rubber stamp it and let them do anything they want. I am shocked to hear this. Shocked I say!
Focus

Is BioWare stuck in that dream where you can’t move at normal speed? Why is Dragon Age and Mass Effect taking so long?! Anthem was three years ago and they said they started before that, and yet they can’t even release so much as a finished cut scene? At this rate I look forward to playing their next game in my retirement.
Masterston

This week’s Hot Topic
The subject for this weekend’s Inbox was suggested by reader Cranston and asks what is your favourite and least favourite entry in a long running franchise?

There are plenty of video game series that have been running for 25 years or more, some with dozens of sequels, but which do you think is the best and which is the worst? Try to keep your suggestions to mainline sequels, but other than that you can pick any games from any era or format.

Does a sequel need to have a lot of new ideas to be successful and how much can it differ from the original game before it loses its identity? What advice would you give for the next sequel in whatever franchise you’ve picked?

E-mail your comments to: [email protected]

The small print
New Inbox updates appear every weekday morning, with special Hot Topic Inboxes at the weekend. Readers’ letters are used on merit and may be edited for length and content.

You can also submit your own 500 to 600-word Reader’s Feature at any time via email or our Submit Stuff page, which if used will be shown in the next available weekend slot.