George Clooney and his wife, prominent international human rights barrister, Amal Clooney have been having quite the dinner parties with members of the Royal Family. George and Amal Clooney’s dinners with Meghan Markle and Prince Harry have bee happening for quite some time. While the four have been friendly for a number of years (Clooney has even even come to the defense of the Duchess in the past), it’s parenthood that has brought the four even closer.

While the timeline for the two couples’ friendship is hard to place, it’s been a number of years since the two new sets of parents have known each other. The Clooney family, who have a home in Sonning, Berkshire — not far from Meghan and Harry’s Winsdor cottage — once hosted the newlyweds at their Lake Como villa. Clooney told the Daily Mail of the Royal couple, “We live not too far from one another and we have dinners and stuff and we’re friends with them for all the reasons that you’re friends with anybody.”

The Oscar-winning actor has had nothing but praise for Duchess Meghan and Prince Harry, citing their humor, kindness, and mutual respect. “…they’re going to be great parents,” the actor added. It has been speculated who could possibly be baby Archie’s Godparents, and George and Amal Clooney are likely candidates. 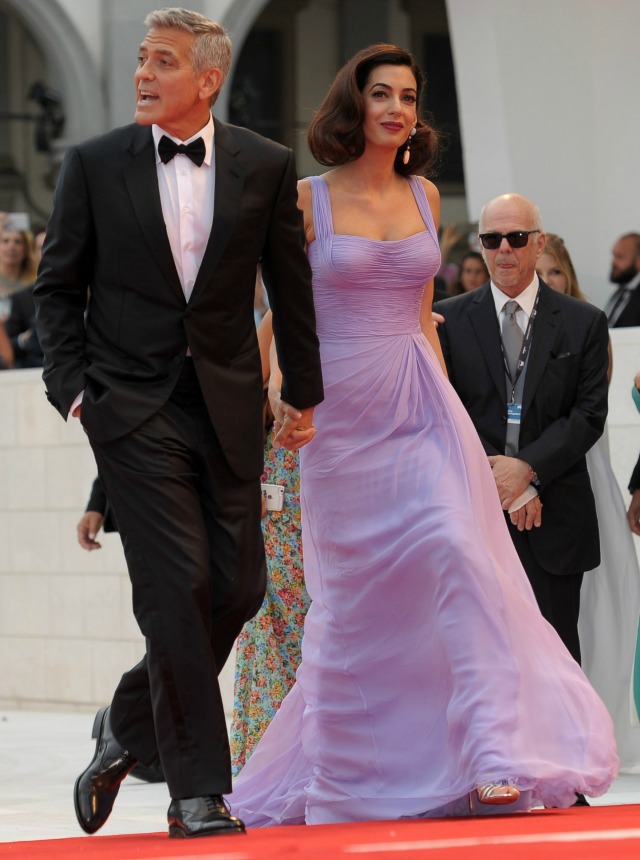 Clooney, in particular, has come to the defense of the Duchess a number of times. The former actress has faced a slew of unwarranted scrutiny in the press, with Clooney acknowledging how eerily similar the treatment of the Duchess is to that of Prince Harry’s late mother, Princess Diana.

While the Clooney family has been traveling as Amal Clooney takes on ISIS to court, the pair are making their twins’ upbringing a major priority. “We’ve decided because we spend a lot of time in Italy and they’re going to spend a lot of time growing up there, that Italian is going to be one of the languages they learn,” the actor shared. “Already they’re saying their ABCs in Italian and in English.”

While we await the news of Archie’s Godparents, we are sure to see Archie and the twin Clooneys grow up together in the years to come.