Gianna Rolandi, an American soprano who brought effortless coloratura technique, bright sound and a vibrant stage presence to diverse roles over a 20-year international career, died on Sunday in Chicago. She was 68.

Her death, in a hospital, was announced by the Lyric Opera of Chicago. Ms. Rolandi had earlier been the director of the company’s Ryan Opera Center, a training program. No cause was specified.

Her husband was the renowned British conductor Andrew Davis, who will step down on June 30 after nearly 21 years as music director and principal conductor of the Lyric Opera.

Ms. Rolandi’s auspicious 1975 debut at the New York City Opera, as Olympia in Offenbach’s “Tales of Hoffmann,” came when she was 23 and just out of the conservatory. She took over the role on short notice when the scheduled soprano withdrew. (Three days later she made what was to have been her official debut, as Zerbinetta in Strauss’s “Ariadne auf Naxos.”)

She quickly won attention for the agility and radiance of her singing — and for, when it was called for, a beguiling sassiness. Beverly Sills, City Opera’s greatest star, became a crucial mentor to Ms. Rolandi in the 1980s, when Ms. Sills retired from singing to become the company’s general director.

Along with career guidance, Ms. Sills gave Ms. Rolandi insight into roles she herself had performed to acclaim, among them the title role in Donizetti’s “Lucia di Lammermoor,” Elvira in Bellini’s “I Puritani” and Cleopatra in Handel’s “Giulio Cesare.”

Reviewing her feisty performance as Zerbinetta with the company in 1982, The New York Times’s Donal Henahan wrote that “in Gianna Rolandi the City Opera had a Zerbinetta capable of creating pandemonium in any opera house anywhere.”

Her “deft and virtually unflawed handing of her big, florid aria, one of opera’s most feared obstacle courses for coloratura soprano,” he added, “brought the performance to a halt for as extended an ovation as this reviewer has heard at either of our opera houses this season.”

Ms. Rolandi starred in two notable “Live From Lincoln Center” telecasts of City Opera productions: “Lucia di Lammermoor” in 1982, and, the next year, the title role in Janacek’s “The Cunning Little Vixen,” an enchanting folk-tale opera centering on a community of forest animals and a few humans. 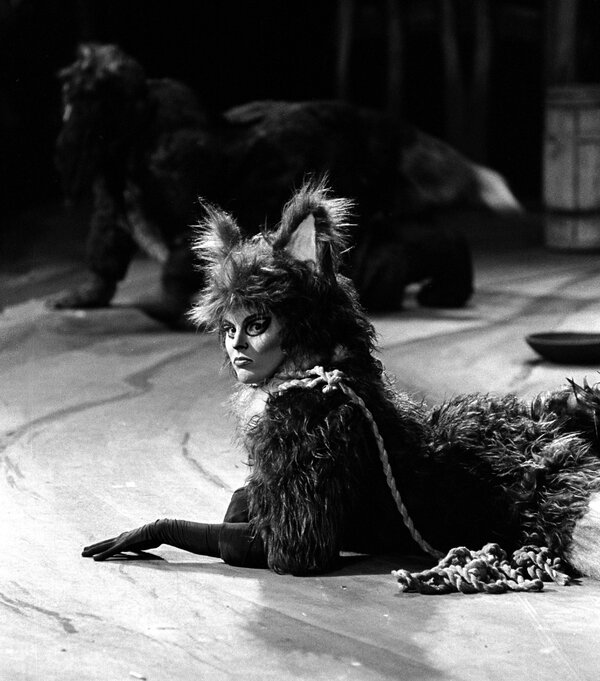 “The Cunning Little Vixen” was largely unfamiliar to American audiences when City Opera introduced its colorful production in 1981. It was performed in an English translation of the Czech libretto, conducted by Michael Tilson Thomas and directed by Frank Corsaro, with sets and costumes realized from designs by Maurice Sendak.

Ms. Rolandi was cast as the bushy-tailed, impish Vixen. It was “one of Ms. Rolandi’s finest roles to date,” the critic Thor Eckert Jr. wrote in The Christian Science Monitor, adding that she acted “with feline grace and an occasional touch of crudity just right for the role.”

Her Metropolitan Opera debut came as Sophie in Strauss’s “Der Rosenkavalier” in 1979. But despite some acclaimed performances at that house, including the title role of the Nightingale in Stravinsky’s “Le Rossignol” in 1984 and Zerbinetta in 1984-85 (with Jessye Norman as Ariadne), she made just 17 appearances with the Met over six years.

Even while appearing with major houses in America and Europe, Ms. Rolandi was content to call City Opera her base.

“I feel like I’ve grown up here,” she said in a 1982 interview with The Times. The company “is a blessing for me,” she added. “You get exposure and you don’t have to leave home.”

Carol Jane Rolandi was born on Aug. 16, 1952, in Manhattan. Her mother, Jane Frazier, from Winston-Salem, N.C., was a successful soprano who met Dr. Enrico Rolandi, an Italian obstetrician and gynecologist, while performing in Italy. They married and settled in New York.

In 1955, when Ms. Rolandi was not yet 3, her father died in an automobile accident. Her mother moved with her and her brother, Walter, to the South, began teaching, and had a 30-year career as a professor of voice at Converse College in Spartanburg, S.C., where Ms. Rolandi grew up.

Though drawn early to the violin, Ms. Rolandi kept listening to opera recordings and was increasingly captivated by singing. She studied both violin and voice at the Brevard Music Center, a prestigious summer music institute and festival in North Carolina. She continued her studies at the Curtis Institute of Music in Philadelphia.

Her City Opera debut came shortly after her graduation from Curtis. She went on to sing major roles in more than 30 operas with the company, including the American premiere of the Israeli composer Josef Tal’s “Ashmedai” in 1976 and the world premiere of Dominick Argento’s “Miss Havisham’s Fire” in 1979.

Overall, though, she was not drawn to contemporary opera, as she acknowledged in a 1993 interview with Bruce Duffie, later broadcast on the Chicago radio station WNIB. It’s crucial for composers to “make the vocal part singable so you can make a line,” she said, and she did not like pieces that were “all over the place.”

After an earlier marriage to Howard Hensel, a tenor (who appeared with City Opera) and actor, Ms. Rolandi met Mr. Davis in 1984 when she sang Zerbinetta at the Met, a production he was conducting. “We didn’t hit it off particularly well then,” she recalled in a 2006 interview with The Pittsburgh Post-Gazette.

They later met again at the Glyndebourne Festival in England. “This time it was different,” she said in that interview, “and the fireworks started to happen.” They married in 1989 and lived for some years in England.

In addition to her husband, Ms. Rolandi is survived by their son, Ed Frazier Davis, a composer, baritone and conductor, and her brother.

Ms. Rolandi retired from the stage in 1994 and focused on teaching. She and her husband moved to Chicago after Mr. Davis’s tenure with the Lyric Opera began in 2000. The next year she was appointed director of vocal studies at the company’s opera center; in 2006 she was promoted to director of the program, a position she held until 2013. Among the notable singers who worked with her in the program were Nicole Cabell, Quinn Kelsey, Stacey Tappan, Erin Wall and Roger Honeywell.

Ms. Rolandi always cited the mentoring she received from Beverly Sills as her main inspiration for wanting to nurture young singers. Ms. Sills was “my teacher, my coach, my psychiatrist and finally my friend,” she told the critic Heidi Waleson in an interview for “Mad Scenes and Exit Arias,” Ms. Waleson’s 2018 book about City Opera.

She was, Ms. Rolandi said, “my biggest cheerleader and fiercest critic.”