Who says Los Angeles doesn’t have seasons? While it might be winter and the holiday season where you live, it’s decidedly nearing award season in Hollywood. The 77th annual Golden Globe Awards are coming right up on January 5, 2020, and we now have all the scoop on exactly what the A-list-only crowd can expect from the bash on one of the biggest party nights of the year.

All the action goes down at The Beverly Hilton hotel, where 1,300 guests will come for the televised ceremony in the International Ballroom. Unlike some of the other theater-style events on the award calendar (think: the Oscars, for instance), the Globes’ guests actually dine while the statuettes are being doled out.

This year, they’ll start with a chilled golden beet soup with shaved candy-striped beets on top, followed by an entree of Chilean seabass with butternut squash puree and rainbow cauliflower couscous, prepared by The Beverly Hilton’s executive chef Matthew Morgan, revealed at a preview of the big night at the hotel on December 16. 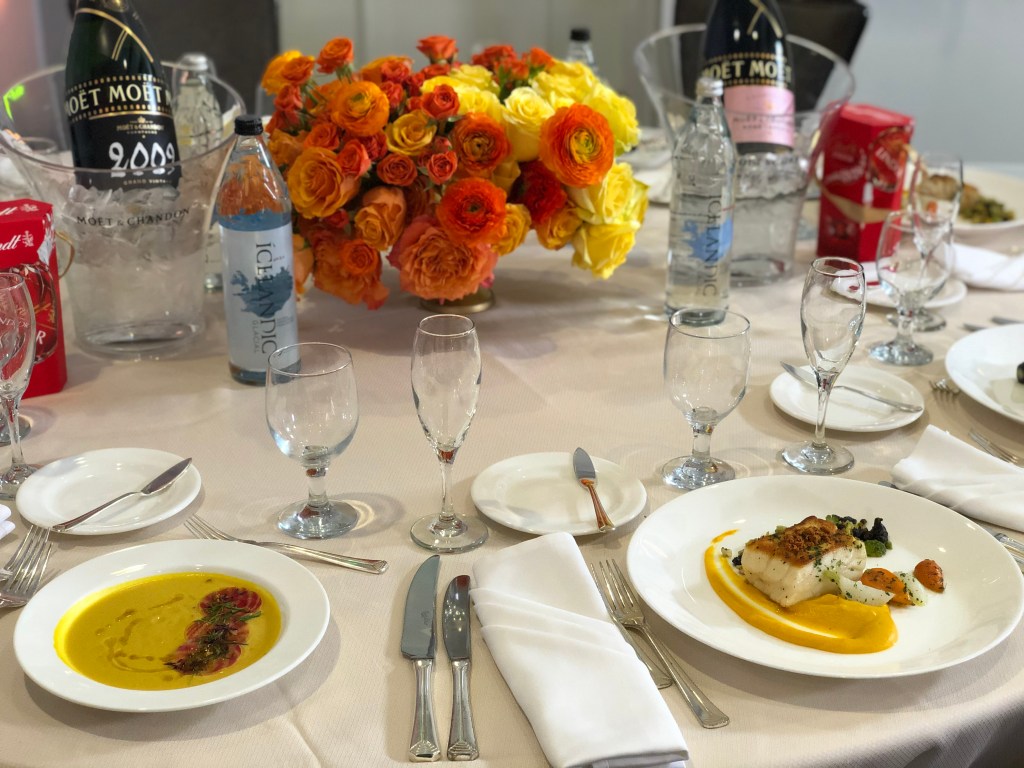 For dessert, guests will indulge in lemon mousseline domes — elegant black and white sweets, dotted with teeny edible flowers. Pastry chef Thomas Henzi told SheKnows that the whole presentation was meant to evoke the elegant look of tuxedos — and he assured us that yes, they do get eaten by the end of the night, even in a crowd known for dietary restrictions. The stars might have dieted to get into those gowns — but on the night of… it’s party time! 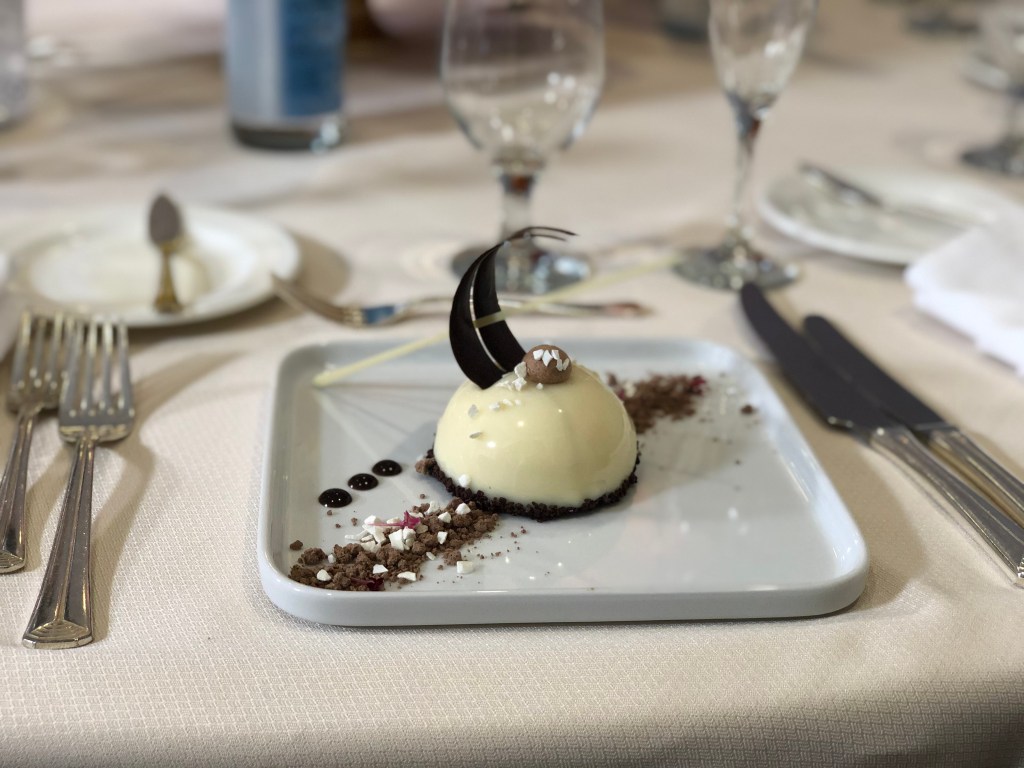 By the way? We sampled those divine lemon domes — and they’re light, airy, a teeny bit tart, with a surprising crunch.

And of course — you know there will be bubbly! Moet & Chandon is the official champagne sponsor of the event once again, and will leave no guest thirsty on their watch: They’ll serve up 1,500 Moet Imperial minis on the red carpet, 125 cases of Moet & Chandon Grand Vintage 2009, and Moet Rose Imperial Magnums on the tables during the ceremony. 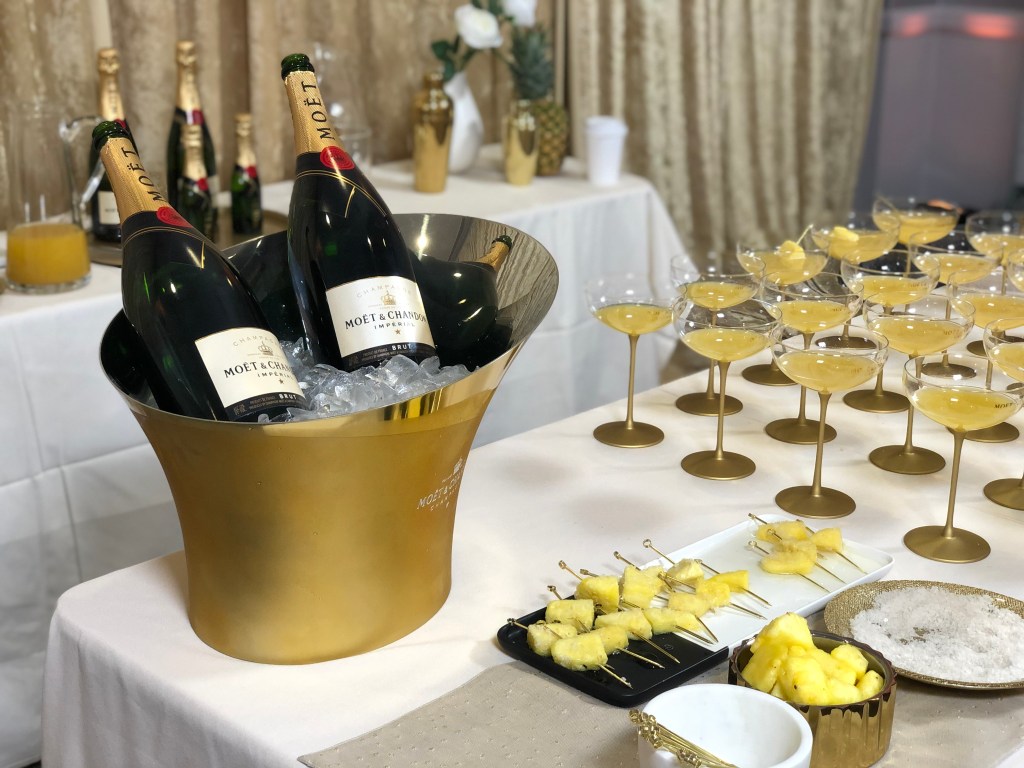 Guests who are more in the mood for a cocktail should fear not: Moet will mix its bubbly into a pineapple “Golden Hour” cocktail. And to keep everyone hydrated through all of this bubbly consumption, Icelandic Glacial is the event’s official water sponsor. 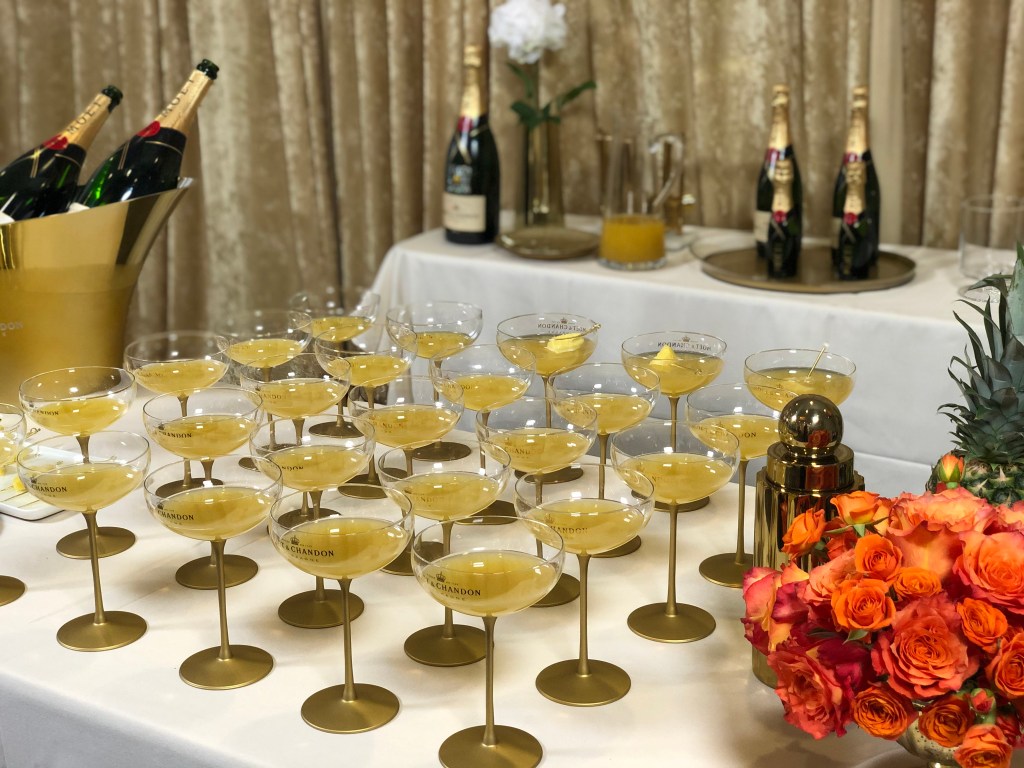 Celebrity florist Mark’s Garden is being the floral designs for this year’s show, flying in more than 10,000 blooms from Ecuador and Italy in vibrant oranges and yellows for a major pop of sunshine at tables. 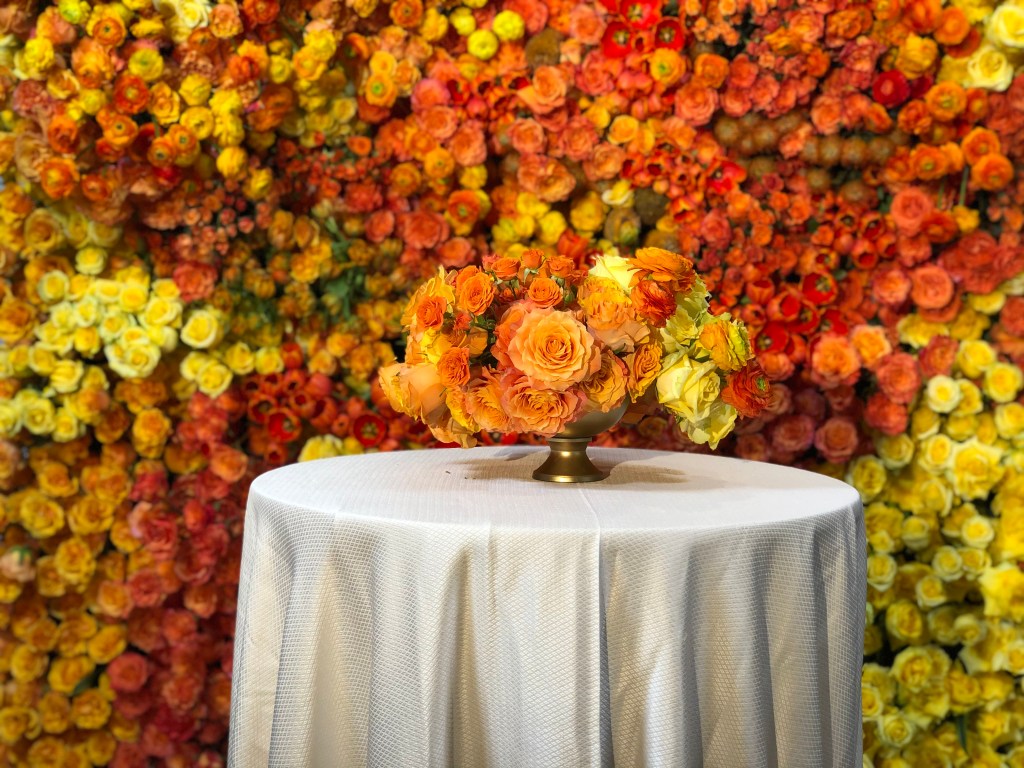 With all those cheerful blooms, the 2020 Golden Globes are set to bring a summery vibe to Hollywood’s A-list crowd, even in the dead of winter — or as those in Los Angeles like to call it: award season.