The final episodes include the Duchess of Sussex’s claim that the royal family fed her “to the wolves,” but some critics have had their fill of the couple’s account. 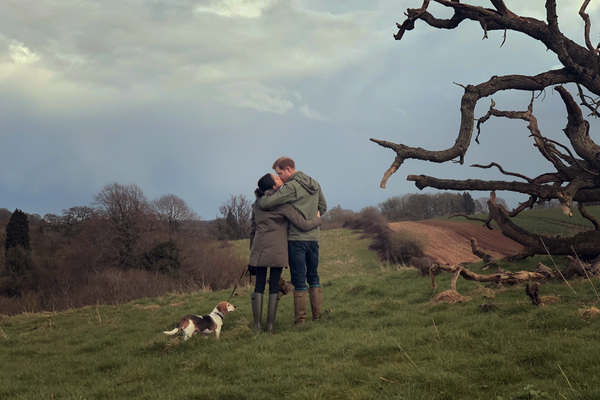 After the first half of the Netflix docuseries “Harry & Meghan” was released last week, one critic wrote that viewers of the three episodes — which covered the couple’s courtship and battles for privacy — may require a “sick bucket,” while another called the series “so sickening I almost brought up my breakfast.”

The final three episodes, released on Thursday, delivered less sappy romance and more of what royal watchers were waiting for: details about what, according to the couple, precipitated the public break with their family.

Although critics were perhaps more titillated by the allegations delivered in this batch of episodes — including that Prince William screamed at Prince Harry over their plan to reduce their roles as working royals — they remained largely unconvinced that the saga deserved so much screen time.

Instead, reviewers chalked the series up to “grudge-rehashing” and a “gussied-up reality show” (descriptions that came from the left-leaning Guardian and the centrist Independent, so one can imagine the tone taken by the right-leaning newspapers).

Writing in The Guardian, Stuart Heritage said that the documentary had clearly chosen Prince William as its antagonist, suggesting that the framing of him as the cause for strife was, perhaps, hyperbolic at times:

When Megxit was announced, William apparently “screamed” at Harry. William put out a joint statement from the brothers without consulting Harry first. William grew a twirly mustache and tied a helpless villager to some train tracks. William invented Covid. William exists on nothing but a diet of fresh orphan blood. It’s not exactly complimentary. And the feud is apparently still ongoing, which might explain why the show used so much footage of William’s disastrous Jamaican tour.

Last week, The Independent’s Jessie Thompson was among the most sympathetic to the Duke and Duchess of Sussex’ plight, writing that the couple was endearing at times, and she acknowledged that they seemed to be dealing with a lot of “personal pain.” But this week, a “wildly entertaining” program became “almost unendurable” for Thompson, who was rankled by three more hours of the celebrities voicing objections to their treatment, calling it “relentlessly one-sided.” The couple continue, she argues, to dwell on the inner-workings of a world that they claim they are desperate to escape:

A further irony is that, since their departure, Meghan and Harry’s relevance rests on their shrinking proximity to the royal family. Having left so sensationally, they can now only maintain the public’s interest by taking carefully calculated chunks out of the firm — something they’ve doubled down on here, with Harry’s memoir, “Spare,” still to come in January. They’re trapped in a royal soap opera of their own creation — feeding the exact beast they so longed to escape from.

Some saw the allegations as explosive but others not so much, especially compared to the couple’s revelations in their interview with Oprah Winfrey last year. Meghan told Winfrey that when she was pregnant with her first child, there were “conversations about how dark” the child’s skin might be.

But the British press seemed to see the episodes as a significant deepening of the rift between Prince Harry and his brother and father.

In one episode, the couple suggests that King Charles III or his staff leaked the story that the couple was considering moving to Canada, with Meghan noting, “His dad said ‘Put it in writing,’ and he did, and it was just five days later it was on the front page of a newspaper.” Prince Harry was also a bit critical of how Queen Elizabeth II, who died in September, handled the situation, suggesting that she did not make herself available to discuss their issues.

The Daily Mail, the British tabloid that figured heavily in the documentary, called the episodes an “all out war on William and Charles.” The Sun termed it a “royal rumble,” quoting a biographer of the royal family who questioned whether the couple would be invited to Charles’s coronation in May.

Piers Morgan, a vocal critic of the couple for years, called the series a “whine-a-thon” and a “coldhearted betrayal” of the royal family in a column for The Sun, mocking Meghan’s proclamation in her wedding speech that “love wins”:

‘Above all, LOVE WINS!’ she coos, as schmaltzy ‘Downton Abbey’-style music plays out.

But what these two are doing isn’t promoting either love or winning.

They’re spewing endless toxic hate at their families and causing huge anger and pain in the process to people, in the case of Harry’s family, who they know can’t and won’t publicly respond.

They’re also causing mounting damage to an institution that they happily trade off while they berate, smear and diminish it.

Despite a general distaste for the documentary that has united both the left and right in Britain, there was sympathy for Meghan’s account of having suicidal thoughts after the couple’s wedding, in 2018, which she said were fueled partly by a barrage of negative press coverage.

“What’s clear is there really was (and still is) a smear campaign,” Nina Metz wrote in The Chicago Tribune. “They really were under siege. They really did fear for their safety.”

Writing for The Times of London, Carol Midgley acknowledged a level of unfairness from the news media and Buckingham Palace:

Because when Harry and Meghan aren’t preening and whinging and documenting their private pain in staged, arty black-and-white stills photography, they give a persuasive account of how they felt attacked and bullied by sections of the media and certain palace aides. There was indeed a period of time when for the Mail Meghan couldn’t seem to do anything right, whether it was touching her baby bump too often or wearing an off-the-shoulder dress, and Kate couldn’t do anything wrong. It was sobering to see Meghan’s mother become distressed after Meghan said she felt so overwhelmed by the constant attacks she wanted to take her own life, which is horrendous.

Apart from the family drama, there was another tidbit that drew the American media’s attention because it involved the country’s own royalty of sorts. Few publications failed to take note of a text message from the pop star Beyoncé that Meghan said she received after the Winfrey interview; in it, Meghan said, Beyoncé expressed support and said she believed Meghan was “selected to break generational curses that need to be healed.”